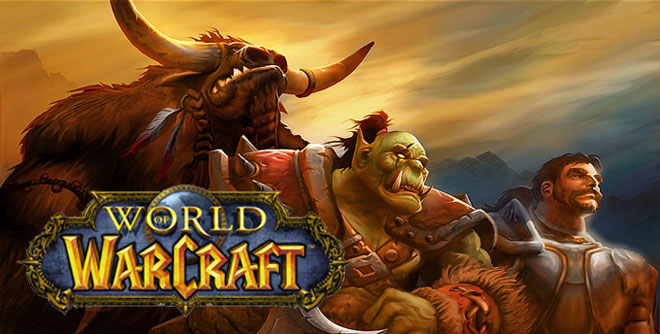 Can 12 million people be wrong? Writing from a country with a Conservative government where the most popular television programme is The X Factor, the answer is a resounding “Yes”. World of Warcraft is an unstoppable behemoth among online role-playing games. Trying to make a game more popular is like trying to invent the world’s most popular brown caffeinated beverage: the established players are so large as to be unassailable. It’s often stated that the only company with a chance of topping Warcraft are Blizzard themselves.

There are services used by millions- like Royal Mail and anything from BT- that are actually pretty terrible. I read an article recently detailing the hatred Everquest players feel towards Sony Online Entertainment, their fellow adventurers and even the nature of the game itself. I would roll out a ‘Stockholm Syndrome’ quip here, but it’s hardly imprisonment when you’re paying a monthly fee for the privilege! Still, the only way to understand an online RPG is to invest a decent amount of time in it (are you listening, Craig?) and so I spent around two months exploring Azeroth.

After the first couple of days, which were mostly spent downloading the twelve gigabytes of data required to play the game, I chose ‘Hoachin’, a massive bull with a strong sense of honour and a terrible beard. New players have a choice of the Alliance (slightly more good than average) with their humans, dwarfs and elves, or the Horde (slightly evil) with their ragtag ensemble of orcs, tauren, trolls and reanimated corpses. Each faction is distinct and can’t communicate with each other- even your Alliance friends will talk incomprehensible gibberish if you’re standing within earshot. The races have their own unique starting areas: with Hoachin, I explored the picturesque hills of Mulgore. In your first few hours you don’t feel like you’re making much progress, partly because you’re always backtracking to trade in completed quests, but also because the lowest level characters can’t ride on mounts and your running speed is agonisingly slow. It’s not entirely dissimilar to Blizzard’s classic Diablo II since you’re mostly killing monsters, harvesting their organs and returning to town to slightly upgrade your weapons. This is the so-called ‘grind’ of the MMORPG that bores existing players and is incomprehensible to those unfamiliar with the genre.

Warcraft does a poor job of instructing new players. You get a couple of very lean tutorials and the usual ‘Press the W key to walk’ nonsense you could have figured out by yourself, but it won’t explain how to party up with friends, how dungeons work, managing your inventory, quickly moving from one town to the next… expect to have a web browser open and continually jump between it and the game if you’re ever to make sense of what’s going on. Life doesn’t come with an instruction manual, but your second life certainly should. It doesn’t help that you’ll struggle to ask other players for help since the chat system is like an out-dated IRC system from the Eighties, with obtuse arrangements of channels, whispers, party chat and emotes that serve to alienate rather than include new players. Forming a party and sharing quests is buried within intricately layered contextual menus that resemble the pixel-hunting days of Monkey Island.

For a game that has been continually refined since its release in 2004, it’s still rough around the edges. The user interface is unintuitive, filled with microscopic buttons and cryptic glyphs. Even something simple like clicking on a quest in your list becomes a quest in itself: will you survive the trip to the endless Maps of Confusion? Will you solve the mystery of whether you should be right or left clicking? Can you learn the secrets of shrinking the map so it’s actually useful for navigation? All of these adventures and more (like The Multiple Action Bars of Doom, The Chat Channel Labyrinth and The Great Inventory Chasm) await you in a game whose menus make Adobe Photoshop seem inviting by comparison. It makes sense to party up with friends: it’s fun to quest together since three people can kill the requisite ten monsters much faster. Dungeons in particular are only really playable as part of a group since you’ll need cohorts to heal and deal damage. However, if it’s a “fetch the generic item” quest then you’ll need to collect three times as many items (i.e. ten per person, not ten in total), which makes it infinitely more tedious as you wait for flowers to grow again. If your friends join while you’re in the middle of a series of quests, they’ll be playing catch-up for no experiential or monetary gain. If these quests are in certain areas, friends will be in a different ‘phase’ and you can’t even see them until they catch up. More chivalrous players will find whole areas essentially off-limits unless their buddies are online.

You never feel like a hero in World of Warcraft. Your actions do not make a difference. You’re constantly reminded of this because as you talk to non-player characters and complete quests, other players are doing the exact same quests and replaying your actions. It’s like everyone in Azeroth has debilitating anterograde amnesia: no sooner have you passed on vital details about the Burning Blade clan then the next player comes along and is told to retrieve the exact same information. Since most quests involve killing X amount of enemies, retrieving X amount of body parts from the corpses of enemies, or killing a specific enemy and bringing their head back, you’re really just an exterminator with a battle axe carrying out repetitive, never-ending chores. Sometimes the chores are really hard and require multiple participants, but even if your whole party is engaged in the same quest it often feels more like coincidence than genuine teamwork. After all, if the alchemist in town only needs five frog’s livers to make a potion, why do we all have to bring back five? Couldn’t he water it down a touch? Sometimes frogs exist without livers, or bats without wings, which breaks the fourth wall somewhat.

The game treats everyone hasn’t reached its upper echelons like second-class citizens. For players who haven’t invested the time to reach Level 80, most of the seasonal quests are impossible and you’ll be immediately killed if enemies raid your city. Asking players for assistance makes you feel like a toddler begging for their parents to wipe their ass: although you might think you’re saying “Excuse me fellows, could someone point me in the direction of the nearest dirigible?” this actually reads as “HAY GUYS HOW DO I GET BLAMP TO ONDOR CITY”.

You’ll definitely need directions, because Azeroth is enormous. I visited around a quarter of the map during my travels and completed a mere handful (over three hundred) quests, barely scratching the surface of this gargantuan game. That’s not taking into account the additional lands that can be purchased as expansion packs. What’s even better is that there’s an incredible richness of character to each area- we’ve all played through icy mountains and overgrown forests before, but these have their own history and interwoven geography that feels like an actual world. Despite the thousands of players and non-player characters inhabiting every server, Warcraft’s only truly memorable character is Azeroth itself. It’s disappointing that despite the rich lore of the series, a grand story is merely hinted at as you progress from one area to the next. This is remedied in expansions The Burning Crusade and Wrath of the Lich King, but it’s still jarring to enter a world where the Burning Crusade has already been repelled and the Lich King slain, yet you could go and slay them again if you buy the expansion. I started my Warcraft game before the launch of Cataclysm and survived ‘The Shattering’, which fundamentally changed most of the original game’s areas. There are thousands of new quests for old players to complete and some massive changes to the environment: Thousand Needles, where I took some of my screenshots, is no longer a barren canyon but a flooded river delta. This would be great if I knew my way around Azeroth, but as a relative newbie it was like someone went into my kitchen and shifted the food into different cupboards: refreshing, certainly, but also messing up an already complicated arrangement. It doesn’t change the tedious nature of questing and grinding, the messy inventory management or poor social integration. My criticisms about the lack of player agency have been addressed somewhat with instanced areas outside of the existing dungeons, but these feel like a fudge when you can’t play with your friends who are further along the quest chain.

The Dungeon Finder creates parties for dungeon raiding through matchmaking. It’s here that you’ll experience the best of what the game has to offer: fantastic enemy and boss design, interesting locations, balanced team-play and weapons with silly names. However, you also see the worst of online gaming: players aren’t interested in seeing the sights, because they’ve been here countless times and are only here for the grind. If you stop and chat, your teammates will not respond. If you feel the urge to visit the bathroom, you will be left behind. If you play as a healer or a damage-absorbing tank, prepare to be insulted by selfish players who are out to steal your loot. For those who’ve used Xbox Live or read the comments on a technology website before, finding dickheads on the internet will come as no surprise, but if you came expecting camaraderie and hijinks you’ll be disappointed. Unless of course you join a ‘guild’ of likeminded players, but that sounded too much like a part-time job to me.

Twelve million active subscribers can’t be ‘wrong’, but they can certainly miss out on some of the brighter things in life. I felt compelled to play World of Warcraft because I’d already paid for and invested time in it, not because of its intrinsic greatness. While it’s undoubtedly fun, it’s not any more fun than countless games I’ve played this year, all of which were playable without a monthly subscription fee. Like a holiday in Bruges, it’s a nice place to spend a fortnight, but you wouldn’t want to live there.