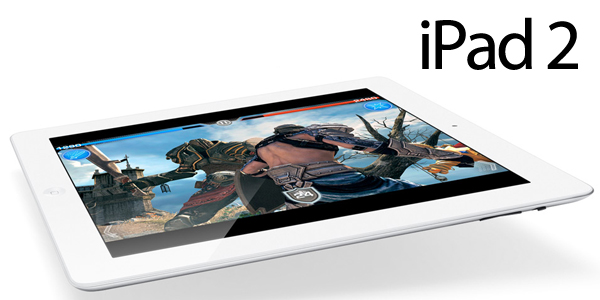 I don’t own an iPad. When you work in a store that sells it, you often get asked “What’s the point of the iPad?”. Without flying into a rage and shouting “What’s your point, you luddite?”, couldn’t the same be said of most technology? What’s the point of an iPod- just get a portable CD player. Why buy a DVD when there are loads of VHS tapes around? What’s the point of a car? Your feet are there for a reason! It’s better to try things than rubbish them from a distance, though, so I procured an iPad for the weekend to make up my own mind about the magical wonder-slab.

Utility is down to the end user. I think a 7″ tablet is useless and a 17″ laptop screen excessive, but that doesn’t mean no one can find a use for them. Regardless, an iPad is much more convenient than a laptop. It’s lighter and doesn’t run hot, allowing you to tap away with it balanced on your lap without ruining your future chances of reproduction. It springs to life instantly and the battery lasts for 3-4 days of casual use without needing charged, which bests my laptop by 3 days and 21 hours. The multi-touch interface brings an immediacy and intimacy to computing. You literally reach out and touch your photos, manipulating them between two fingers like a gemologist. You poke at music to select your favourite albums, the way thumbing through a record collection used to be. The downside is that what you gain in immersion, you lose in accuracy. Complex photo editing is impossible without a decent mouse or pixel-perfect graphics tablet, selecting text is a hassle and small buttons become distant targets that evade your every stab.

iPad is primarily a media consumption device. Surfing the web is enjoyable, especially if you’re browsing a newspaper or reading some blogs since the text rendering is particularly excellent. Contrary to what neck bearded nerds might tell you, the lack of Adobe Flash is more a blessing than a curse. Honestly, even if you could install Flash on the iPad, I don’t think I would. It would diminish the battery life, slow page loading and just wouldn’t be as smooth as a regular computer. If you don’t believe me, have a look at Flash video performance on the Motorola Xoom, which ranges from ‘almost tolerable’ to ‘badly operated zoetrope’. I want my web browsing experience on a tablet to be fast and responsive, without arbitrary plugins crashing constantly. Browsing email is cleaner than a computer (and much nicer than going through a web browser), but it lacks the power to flag noteworthy messages. I’ve yet to use an email application that I really loved, but this comes pretty close. The on-screen keyboard really is as good as a physical one when combined with the intelligent predictive text. I managed to write this whole article without resorting to a Bluetooth keyboard. Typing is as quiet as your fingertips allow, which is great for stealth writing at night or in a university lecture. If your work involves a lot of note taking, data collection or reading through documents and PDFs then the iPad would be a great productivity tool. Even if it doesn’t, it’s easier to chuck into a bag than a laptop.

Not everything is rosy, though: the iPod app feels watered-down compared to iTunes, bizarrely omitting Cover Flow in the one situation where you might actually want to use it. It could do with a greater utilisation of cover art in general and better ways to sift through large amounts of music. The Photos app is solely for browsing and slideshows; some basic editing a la iPhoto would be a welcome addition. As I said before, it is primarily for absorbing information and while the content creation features are impressive, making a presentation is just plain slower than a computer and dedicated typists will need an external keyboard.

With the App Store, the iPad becomes a digital Swiss army knife. Actually, it’s much better than that, since you can add and remove tools as you see fit. While listing noteworthy apps would be a chore (and I’ve already written such a showcase for the iPhone) suffice to say there is an app for literally every possible need whether you’re interested in movie and music production, art, reading or just wasting time playing games. You can load any iPhone app onto it, but in practice you’ll opt for dedicated iPad versions when possible. It doesn’t utilise the higher resolution ‘Retina Display’ graphics of iPhone 4 apps when they are loaded onto an iPad, preferring blockier low resolution ones instead. This is probably to ensure developers take advantage of the extra screen estate on an iPad compared with an iPhone, but it would be nice to have a choice! For those who are computer illiterate or inept- by virtue of visiting this site, you do not fall into that bracket- it is almost ‘magical’, a practically idiot-proof way of getting online and communicating. Pundits often fail to appreciate how intuitive and brilliant the user interface really is, used as we are to a mouse and keyboard, blue screens of death and horrible layers of computing Vienetta just to get to your files. It’s not just the reviewers and laymen who don’t get it though: Google’s attempt at a tablet interface with Android Honeycomb is a Tron fan’s sticky neon dream, as uninviting as a Freemasons’ finance committee and more daunting than an F-16 cockpit. As the old Linux adage goes, it’s only free if your time is worth nothing: the iPad’s user interface knows when to get out of your way.

Although I’ve been playing with an original model iPad, the iPad 2 brings a few refinements to the table. It is appreciably thinner and slightly lighter, making for a more comfortable reading experience. It’s even faster thanks to a dual-core processor and improved graphics, but the real killer feature is that the display can now be mirrored to a TV over HDMI. This turns the iPad into a portable movie library, mobile jukebox and a stealth games console. It improves its utility immeasurably: why would you watch YouTube videos on a netbook when you could pump them to your TV with one of these?

The cameras on the iPad 2 are quite frankly shit and while they are meant for video chatting over FaceTime and not taking stills, their poor quality doesn’t sit well with otherwise excellent hardware. That said, if you take photos with this you will look like an idiot, and if you take photos with a Galaxy Tab you also look like an idiot (or in fact, if you own a Galaxy Tab). One thing that surprised me was how the low screen resolution relative to the iPhone 4 didn’t make that much difference. A ‘retina’ quality display would look exceptionally crisp, but the graphics technology isn’t yet powerful enough to cope and I would always take speed over sharpness. It would also make the cameras look even worse, come to think of it. And now for that obligatory negative paragraph so I don’t seem biased: the iPad is not a perfect device, with several software issues dating back to even the original iPhone. Its notification system, while not quite as annoying as the iPhone, remains insultingly primitive. Some greedy developers will charge you twice for the same app in an ‘HD’ iPad version, but that complaint is more directed at said developers than Apple themselves. The iPad might benefit from some widgets for weather etc. on the home screen, since there’s plenty of screen real estate to go around.

Is the iPad the future of computing? Maybe, but not inevitably, and I still prefer the powerful alternative promised by Mac OS X Lion that merges multi-touch goodness with a versatile operating system. While for some including myself it can never replace a laptop (and technically through its umbilical iTunes tether, it can’t for anyone) it is the death knell for netbooks and will be good enough for many as an alternative to a traditional computer. For those who have never used a computer before, the iPad delivers on all fronts.

At the end of the day, it is a gadget. It won’t cure cancer or bring about world peace, but it will make your life a bit more convenient for surfing the web and typing up the odd email. What really impressed me is that in less than a day, it’s already improved my workflow and improved my crossword-solving skills considerably. After a while, it starts to fill a niche in your digital life and moves from a toy to an indispensable device- much in the way my iPhone did.