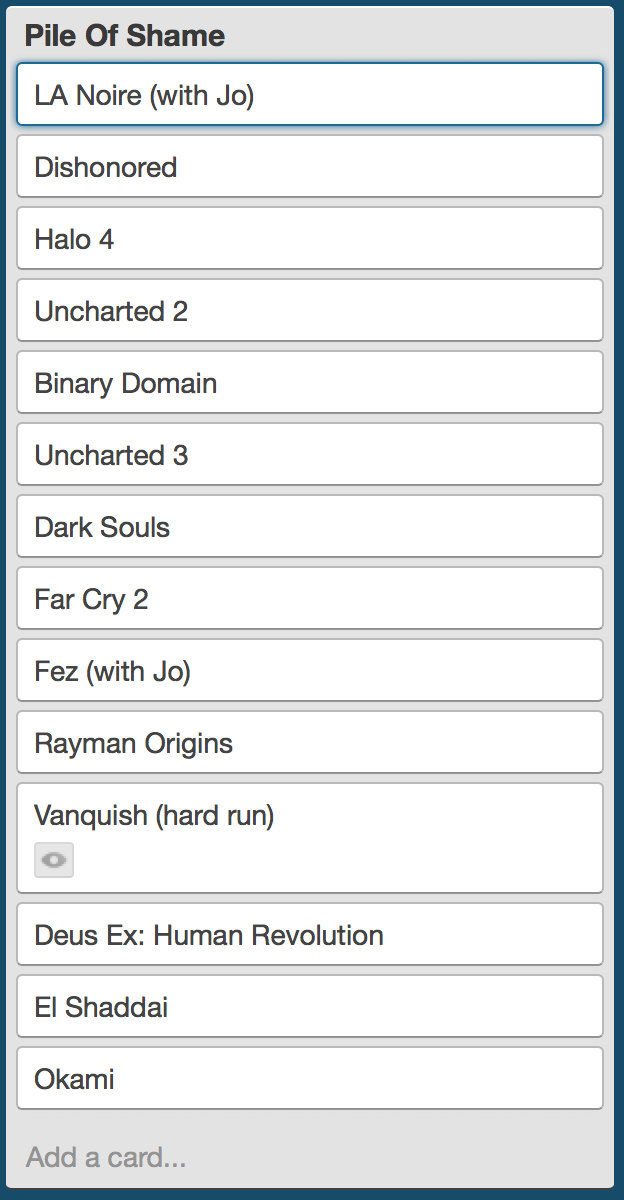 Starting a petition for Sony and Microsoft to have a ‘cease fire’ for a year so we can finish off the games we already own.

It started off, as sadly most of my bright ideas do, with a joke on Twitter. I’ve been playing Halo 4 in level-sized chunks since Christmas and had completed another stage of the campaign. I looked at the pile of games under the television: Dishonored, Binary Domain, Dark Souls. My brother got me Uncharted 3 as a gift and I haven’t even started Uncharted 2 yet.

I’ve been doing this for years: picking up ’bargains’ that I never end up playing for one reason for another. As much as I love collecting, I’m really a collector of experiences rather than shiny boxes. I suspect many of you will be guilty of the same reckless spending. Bargains aren’t bargains if you don’t actually use the product.

Buying games I want to play, but won’t for at least a year (Ni No Kuni, Metal Gear Rising, Bioshock Infinite) is unsustainable and unnecessary, not to mention ridiculous. Great games will still be great games a year from now, and if not they weren’t worth buying in the first place.

So this year I’m not going to buy any games: no new or pre-owned console games, no Steam sales, not even iPhone games. It’s time for me to stop ’finishing’ games and start enjoying them again.