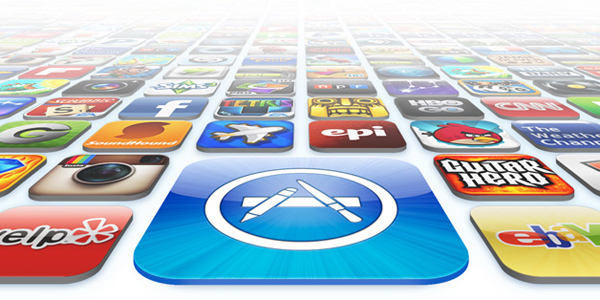 Technology has changed so much, even during my short life. I remember the first computer I ever used: my Dad’s work ‘laptop’ running Windows 3.1, complete with nipple mouse and internal combustion engine.

It was impressive at the time, but today I’m writing this on a touch-screen computer lighter than a hardback novel with a wireless keyboard. As Arthur C Clarke said, “any sufficiently advanced technology is indistinguishable from magic”. If you took an iPad back to the 1800s, people’s brains would literally explode and leak through their sinuses.

There’s a more gentle magic that comes from using an iPad in the present day. This is reinforced by the vast range of apps on offer: from launching irate avians at scaffolding to interactive recipe books, every niche is filled and yet there always seems to be something fresh that’s just arrived. I wrote a guide last year, ‘Your Phone is Amazing‘, and it seemed fitting that the iPad receive similar treatment. Once you’ve read this, your iPad will be significantly more amazing. Well, assuming you download the apps.

Is it a cliché to refer to the iPad as a media consumption device? Detractors often deride it as a toy, unsuitable for serious work. Real computer owners know that work isn’t about writing an email or creating a presentation: it’s about fixing application crashes, reinstalling your operating system and defragmenting your hard drive while sprinkling a circle of salt around your desk. I work in IT, and I believe these issues should be left to the professionals. The average user should enjoy their computer and not have to fight with it. We’ve got a long way to go.

For those of us who can resist the allure of DIY computer repair, the iPad has a great selection of productivity software. The ubiquitous Dropbox has a great iPad client that gives quick access to your documents, but increasingly apps have Dropbox functionality built into them. My favourite word processor, iA Writer, supports a combination of cloud storage and saving documents on the iPad itself for moments when you have no connectivity (a big advantage over my previous word processor of choice, Elements).

There are a legion of note taking and sketching apps available, but I’m a fan of Penultimate. It’s not as fully featured as something like Sketchbook, but when your drawing is as terrible as mine, the fewer options you have available the less chance you’ll make a mess. It supports different paper styles like graph squares and music staves. Recently I’ve also been using Paper, a beautiful way of sketching out your ideas, which is initially free: you just pay for the pens and tools you want.

No shortlist of iPad productivity apps would be complete without Apple’s iWork suite. Numbers is actually the strongest of the three apps, as it offers a more compelling experience than the desktop equivalent. I’m not really a fan of working with spreadsheets, but if I need to create one, this is the best way of doing it.

Even if the iPad can’t quite cut it, you’re never far away from your desktop with iTeleport. There are many VNC clients for iOS and I’ve only used one, but it does a great job of remotely controlling your Mac or PC and supports every keyboard combination you could ever need. Disregarding what I said in the last section, I primarily use the iPad as a media consumption device. I subscribe to RSS feeds using Google Reader and read them with Reeder, an app so good I’ve purchased it three times for iPad, iPhone and Mac. The portrait view focuses on one story at a time, while landscape mode shows recent headlines in a neat column. Readability support is built into Reeder, which allows you to parse entire articles from the comfort of the app, as well as the usual social networking sharing tools you’d expect.

I use Reeder every day without fail, but it’s even better when used in combination with Instapaper. How many times have you found an interesting article, but not had time to read it? You can try and bookmark it, but it’ll just end up in a knowledge graveyard, never to be unearthed. Instapaper catalogues webpages you’ve added from a bookmarklet in your web browser, Reeder or Twitter client, then synchronises them to the iPad.

The user interface is a work of art: it’s so well thought through, it even second guesses if you accidentally rotate the iPad when reading. It gets out of your way and lets you focus on reading, while providing links to recommended articles from your friends and the editors’ choice. I can think of no higher compliment than to say that Instapaper has fundamentally improved the way I read: if you can read, and you’d like to read more, then you need this service in your life- iPad or not. (It also works with the Kindle and has a web client, so there’s no excuse).

I used an iPad for a year without trying Flipboard, which I then downloaded to browse Instagram. It aggregates Facebook, Twitter, Tumblr, Instagram and everything else, squeezing your social networks into an easily digestible newspaper format. If you’re not a hardcore reader, this is a great free alternative to Reeder. That’s a confusing sentence to read aloud.

After all that reading, it’s time to give your eyes a break. Instacast HD is an excellent podcast browser with far more functionality than the standard Music app: search, browse and subscribe; stream podcasts or download them for later consumption; play them at hyper speed and read the show notes while you listen. All I need now is the time to listen to them. Although I remain unconvinced that social networking is really that ‘social’, it is undeniably more social than sitting in my flat playing games all day. Facebook was late to the game with an iPad app and it’s a flawed experience: prone to crashing, often forgetting comments you’ve made, continually popping that Chat sidebar into view when you’ve got no desire to use it- although thanks to a recent update, you can now logout of chat if you’re anti-social.

A better way to use Facebook chat is Beejive, which supports every chat protocol under the sun. As long as you turn off the unpleasant wallpaper, it’s easy to manage multiple conversations and will send you notifications if someone replies while you’re in another app.

My favourite Twitter client on the iPhone is Tweetbot and the iPad incarnation is just as good. I guess it’s aimed at ‘power’ users, whatever that means in the context of Twitter, but it supports a lot of clever functionality at the expense of intuition. If you use Twitter in any meaningful way beyond telling people what you’ve had for dinner, this is the client of choice. Surprise! I like video games. There are two ways to develop a game for iOS: the wrong way is to port old console games and stick horrible virtual buttons on the screen (GTA 3, Sonic 4), the right way is build a game designed to take advantage of multitouch, gyroscopy and all that great stuff.

I thought World of Goo was great on the PC, but it’s much more responsive on the iPad. This perennial Split Screen favourite begs to be poked and prodded, and it’s got a wicked sense of humour. Superbrothers: Sword and Sworcery is the kind of game I probably should have reviewed by now. It’s a gorgeous work of art that also includes a decent game. And that soundtrack!

Do you ever buy one of those games that you never play, but use to show off to people? For me, that game is Real Racing 2 HD, which I’m sure is probably a great racing game. All I know is that it outputs to 1080p on my television and looks very shiny. Please keep visiting Split Screen for more in-depth video games journalism.

Last week, I found myself playing Monopoly on the iPad after a disasterous Scrabble incident. I was using my iPhone as a tile rack, the Scrabble apps lost communication and the game crashed. I was winning and everything! Monopoly is actually better than the board game: no chance of knocking over the houses when you get up to go to the bathroom, faster-paced by eliminating convoluted currency exchange, less chance your brother will leave in a strop during the first twenty minutes.

One of my favourite things to do is chill out on a Sunday in a coffee shop and complete some Crosswords. You can load several popular providers for free, like the Guardian and Independent, and even if you can’t solve the crosswords you can go on a hilarious adventure fitting inappropriate words into the gaps. Absolutely tumescent. What are your favourite iPad apps? Let us know in the comments!