The ‘Podcast’ Podcast is a podcast about podcasts. A fun run of our favourite podcasts for your enjoyment: 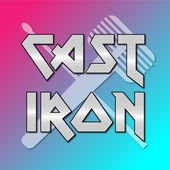 Join Lewis (the English one) and Alan (the Irish one) on a musical journey through rock and metal albums old and new, as they disagree with each other on whether the albums are actually any good.

Invisibilia (Latin for all the invisible things) is about the invisible forces that control human behavior – ideas, beliefs, assumptions and emotions. Co-hosted by Lulu Miller and Alix Spiegel, Invisibilia interweaves narrative storytelling with scientific research that will ultimately make you see your own life differently.

Design is everywhere in our lives, perhaps most importantly in the places where we’ve just stopped noticing. 99% Invisible (99 Percent Invisible) is a weekly exploration of the process and power of design and architecture. From award winning producer Roman Mars, KALW in San Francisco, and Radiotopia from PRX.

A powerful yet simple audio podcast player, with features such as Smart Speed, Voice Boost, and Smarter Playlists to help you listen to more podcasts in more places, try new shows, and completely control your experience.

Thanks for dropping by the Control Point staging area. Your progress is being monitored at this moment. We promise not to lie to you while within the confines of this block. We produce weekly service announcements for the Team Fortress 2 simulation. Please be advised to listen to the end each week, as we serve cake to all that make it to the end.

The official podcast of GamersWithJobs.com, every week the guys discuss the latest games, issues affecting the industry and more! This is THE gaming podcast for mature gamers.

Here’s The Thing with Alec Baldwin

In WNYC’s new podcast series, award-winning actor Alec Baldwin gives the listener unique entrée into the lives of artists, policy makers and performers. Alec sidesteps the predictable by taking listeners inside the dressing rooms, apartments, and offices of people such as comedian Chris Rock, political strategist Ed Rollins and Oscar winner Michael Douglas. Here’s the Thing: Listen to what happens when an inveterate guest becomes a host. Subscribe now and get new interviews every two weeks.

The world’s favorite podcast about old video games reaches its next stage! Join Bob Mackey, Jeremy Parish, Ray Barnholt and a variety of guests as they discuss the favorite games and topics of yesteryear.

Welcome to GFW Radio, the podcast homepage for Games for Windows: The Official Magazine. Here, through the glorious magic of the Internet, you can listen to the GFW editors and occasional guests pontificate and yammer about all sorts of PC game related issues. Plus they might even break down on-air, adding an element of tension to the whole affair. If you don’t know what podcasts are yet, check out the sidebar on the left.

We recap the finest podcasts, bringing you the best highlights from great humor to insightful commentary.

A Life Well Wasted is an internet radio show about videogames and the people who love them.

Unlimited Hyperbole is a short, weekly podcast about videogames and the stories we tell about them. Each episode profiles a different person from within the games industry using as a lens a topic decided for a season of episodes. 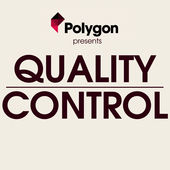 Polygon’s Quality Control is a short podcast hosted by Justin McElroy in which critics talk about a new video game they reviewed. If you like a little additional context and insight with your game reviews, this is the show for you.

We love games but that’s OK! A podcast from Scott and Joe, the Bit Socket boys, all about the video games that we love.

Serial is a new podcast from the creators of This American Life, hosted by Sarah Koenig. Serial unfolds one story – a true story – over the course of a whole season. The show follows the plot and characters wherever they lead, through many surprising twists and turns. Sarah won’t know what happens at the end of the story until she gets there, not long before you get there with her.

This American Life is a weekly public radio show, heard by 2.2 million people on more than 500 stations. Another 1.5 million people download the weekly podcast. It is hosted by Ira Glass, produced by Chicago Public Media, delivered to stations by PRX The Public Radio Exchange, and has won all of the major broadcasting awards.

On Radiolab, science meets culture and information sounds like music. Each episode of Radiolab® is an investigation — a patchwork of people, sounds, stories and experiences centered around One Big Idea. Hosted by Jad Abumrad and Robert Krulwich, Radiolab is produced by WNYC public radio.

A show about the internet, hosted by PJ Vogt and Alex Goldman. From Gimlet.

A podcast where musicians take apart their songs, and piece by piece, tell the story of how they were made.

The Talk Show With John Gruber

The Q&A with Jeff Goldsmith

The Flop House is a bi-monthly audio podcast, devoted to the worst in recent film. Your hosts (Elliott Kalan, Dan McCoy, and Stuart Wellington) watch a questionable film just before each episode, and then engage in an unscripted, slightly inebriated discussion, focusing on the movie’s shortcomings and occasional delights. 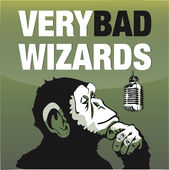 Very Bad Wizards is a podcast featuring a philosopher (Tamler Sommers) and a psychologist (David Pizarro), who share a love for ethics, pop culture, and cognitive science, and who have a marked inability to distinguish sacred from profane. Each podcast includes discussions of moral philosophy, recent work on moral psychology and neuroscience, and the overlap between the two. A Perfect Waste of Time I Can’t Believe It’s Come To This