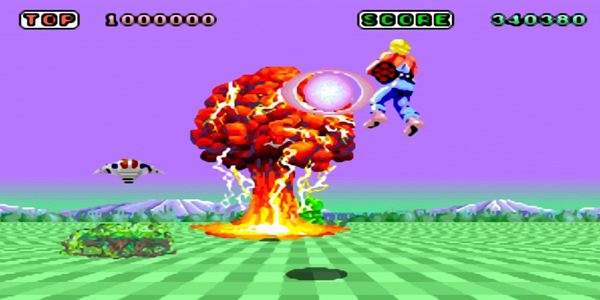 Last October, I started Reality Check. At first, I wasn’t sure if I’d be able to keep up a weekly feature (and as Craig later told me, neither was he). Since then it has become the most popular feature on Split Screen: I’d like to thank everyone who has shared, emailed, tweeted, responded and contributed to these articles so far.

We don’t really have recurring themes here. ‘Features’, ‘Reviews’, ‘Blogs’… those divisions are arbitrary. We just write a piece without worrying about it fitting into a particular box. Yet it’s good to have recurring features because it gives us the chance to cover large topics, like with ‘Metacritique’ and ‘A Wretched Hive’ – ‘Scum and Villainy‘.

I hinted that we were expanding our video content this year. We’ve experimented with video reviews and Craig has joked his way through Blade Runner. ‘Let’s Play’ videos are great, but I think there’s an even better way to cover retro games. Today, it’s time to reveal the next step. Our new feature is called…

I am a massive fan of classic Sega games from the 1990s. I have such fond memories of wasting entire weekends on Sonic and Streets of Rage. I don’t want you to watch me play these games: I want you to play them! Retrocity (rhymes with “atrocity”) is about sharing that passion and experience with everyone. It will not be a weekly series- I’d rather take a month to make something good than rush out something mediocre- but it’ll be a regular feature on the site. Like our podcast, it focuses on themes rather than individual games. Also like the podcast, nothing is set in stone.

A final word: we don’t make money from Split Screen. The only goal is to write and produce great content for our readers, and to expand that readership to everyone with a pulse. There is no higher compliment than to support this work: please keep leaving feedback and please keep sharing it with your friends.

As always, I’m really excited for the future of Split Screen, and I hope you are too.