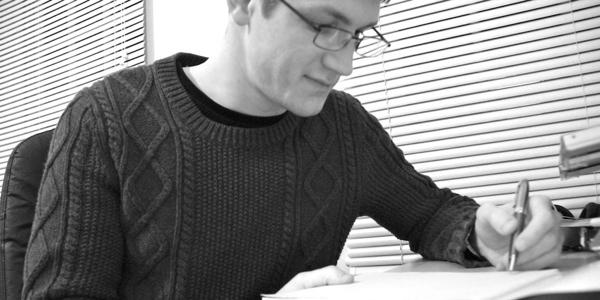 I founded my Critical Hits blog just over two years ago, shortly after I moved to Oxford. I wanted to write about the banal things in my life as a way of letting friends know what I was up to. In retrospect, this was a terrible idea for several reasons.

Firstly, not even my friends are interested in the mundane minutiae of my life. I’ve got Facebook, email and text messages for that. Blogging – at least the way I’d set it up – was a one-way process, so even though I was writing about my life, I was still growing apart from people because I didn’t know what was going on in their life.

Secondly, I already had a website called Split Screen. (You are here.) The original rationale for Critical Hits was that Split Screen was for the ‘serious’ stuff, that is, my videogame and technology writing (hey you, in the back! Stop laughing!).

Now that I spend a lot of my creative energies on Five out of Ten that doesn’t leave a lot of room for writing elsewhere. The only thing worse than not updating one website is not updating two. So something has to give, and that thing is Critical Hits. I am proud of my wee blog: it was the vehicle that got me freelance writing work at the New Statesman, which helped me boost my career and make some friends. It was a place for crap poetry and musings about life. It was a place to just be me, without the trappings of someone else’s unuttered expectations.

But lately I’ve been thinking: why can’t Split Screen be about those things instead? Just because Craig and I founded a technology blog doesn’t mean we have to keep it that way. It’s our site, and we can do whatever the hell we like! It deserves the ability to grow and change, just like our minds. Like whenever the Reality Check column fizzled out after a year, I won’t mourn the passing of Critical Hits: it has served its purpose and can now go off to the big backup server in the sky.

What about Split Screen then, you ask? That’s another story for another day.

Preserved for all eternity, here are my favourite pieces from Critical Hits:

Fiddling – August 29, 2012 (republished as The Sun’s interview with violinist Nicola Benedetti was a masterclass in sexism in the New Statesman)