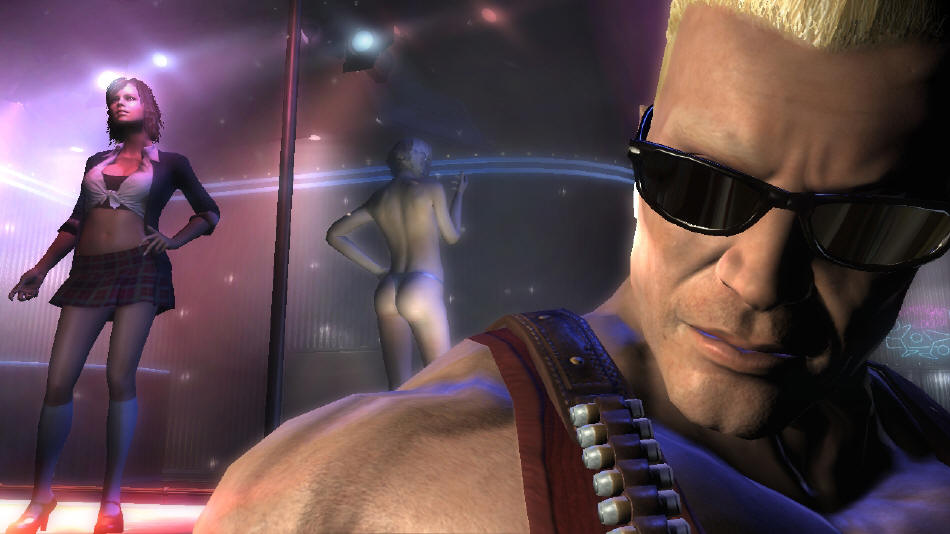 You may be wondering if we’ll be reviewing Duke Nukem Forever in the next couple of weeks, and the answer is actually “No, we won’t”. While Craig has already stated his reasons for avoiding the game, I am an unashamed fan of the Duke and had the game on pre-order… until a couple of weeks ago, when I played the pre-release demo. Suffice to say, it wasn’t the highlight of my day.

I generally avoid reading reviews of games that I plan to review myself in the future, lest I commit unintentional plagiarism. I couldn’t help it with Duke Nukem Forever: avoiding all the negative press would be like trying to dodge hail. By all accounts, this game is absolute rubbish. There’s a surprise.

The last time I bought a crap game, it made for an entertaining review, but life’s too short to play crap games all day. I cancelled my Duke Nukem Forever pre-order and purchased Nier instead. It’s a much better game and there will be a review of it on the site in the coming weeks. The definitive Split Screen review of Duke Nukem Forever will be six months from now when I pick it up in a Steam sale, and we’ll all have a great time laughing at its inadequacies, but until then I suggest you play Duke Nukem 3D instead. No, seriously, Duke Nukem 3D is awesome.