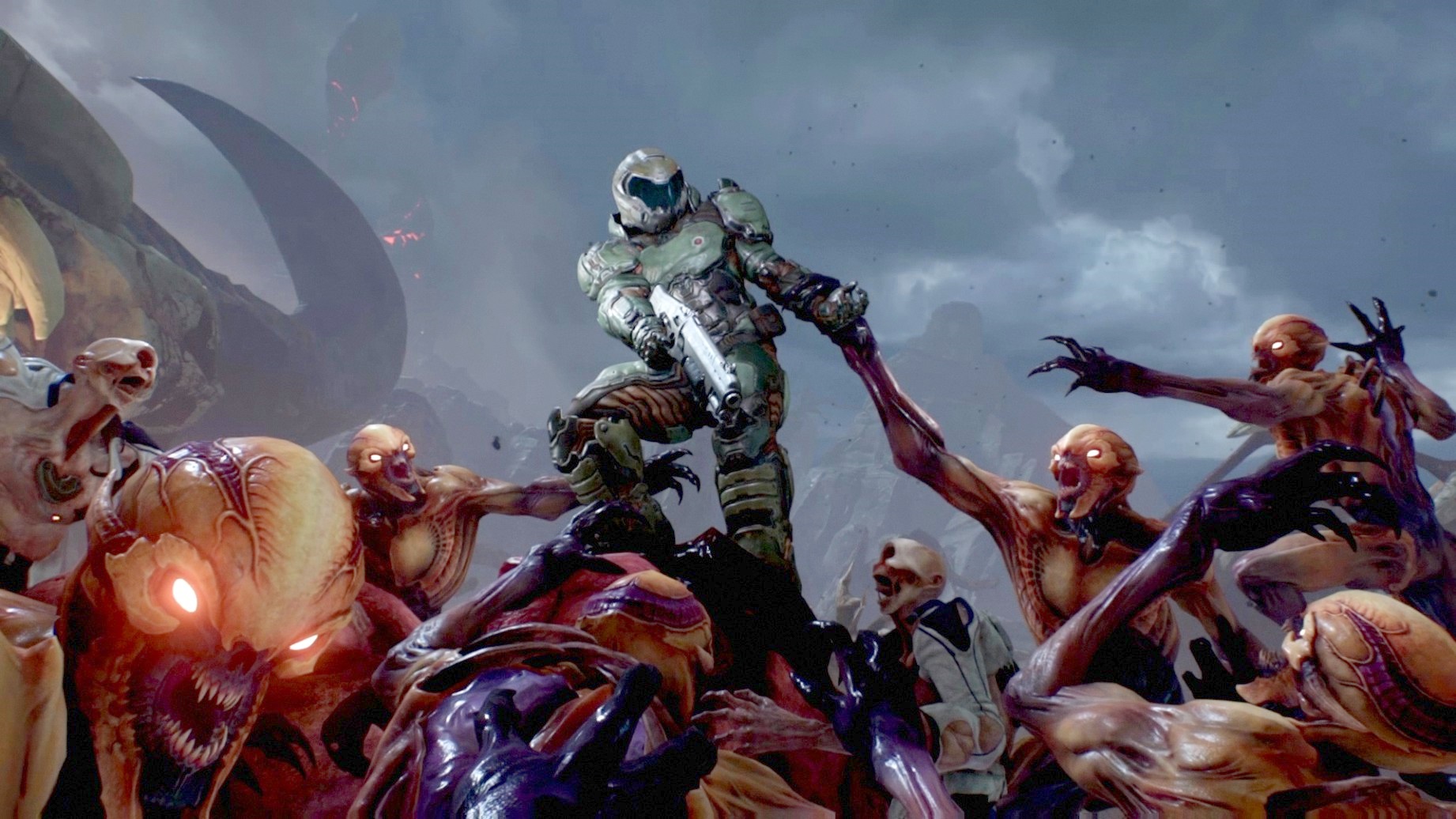 Weaponising Demons. For a Brighter Tomorrow.

DOOM (2016) is a wild ride. It’s straightforward, it’s a thrill, it’s a rollercoaster that only shoots forwards and only goes fast. From second one to the very last, you kill demons. Simply. Kill. Demons.

I finished DOOM (2016) a little under a year ago and I’ve been meaning to write about it since then. I want to praise how it was both completely bonkers while never falling out of control, both wonderfully clichéd and utterly fresh and both how simple it seemed in its construction but how nuanced it was beneath the surface. DOOM (2016) was the winner of my coveted “‘Game of Last Year’ of the Year” Award for 2017 Screenies we never held.

The story of the game’s development as explored by the illustrious noclip is mandatory viewing. You see how passion and inspiration took what could have been yet another joyless reboot, shackled to current trends, and instead unleashed the freshest, most satisfying shooter I’ve played in years. Set aside an hour, grab a drink and watch the noclip documentary and get ready to buy this game.

I loved DOOM (2016) and had I written sooner I’d have gushed happily for many hundreds of words on its hundreds of merits. In honour of the game’s charmingly direct approach to storytelling I am going to lay out my every thought in a no-nonsense list of bullets, thereby honouring the gun-toting action too. I too will forego convention in the interest of satisfaction, even if I am the only one satisfied. Some bullets will be weighty, some will be swift. Take cover:

Well this post has turned out to be more conventional than I thought. That’s what I thought about DOOM (2016). I bloody loved it. So much so that I ventured back to the original to see where man first shot a demon with a double-barrelled shotgun.

Where DOOM (2016) thrilled and engaged, the original surprised and delighted. There’s a category in my Steam library called “Gaming Literacy” and there sat The Ultimate DOOM (essentially a re-release of the original DOOM (1993) conversion to run on modern operating systems) waiting for me to play. I approach playing these games as a historical exercise. Along with the necessary interventions needed to make the game run (here I installed the ZDoom mod which ditched the 4:3 screen ratio in favour of a 16:9 upscaled version with many customisable options), I expect to need to overlook many archaic design choices that have aged poorly.

I don’t hold myself to completing games in my “Gaming Literacy” list. The whole point is gain an appreciation for why the game is so influential but not to get bogged down too deep. I went deep on DOOM (1993). I completed the whole campaign (surprisingly spending half as much time in the original as I did in the 2016 reboot), and even replayed a few levels to beat the time trials and to hunt out secret areas.

Where the DOOM (2016) took combat to wide open arenas, DOOM (1993) started the combat in mazes of criss-crossing corridors and rooms. The level design is truly ground-breaking. I was regularly delighted to discover a new area only to open a door and have it return me to a previously visited room. With each discovery I could feel the map in my mind connecting together. The combat and movement are fluid, there’s just no better description. Fluid in a way that I causes me to physically sway in my chair when I think about it. It is perfection. I get it. I understand why this is one of the greatest videogames of all time. DOOM (1993) can have my vote too.

Here are my bumbling first twenty or so minutes playing the original. Watch it for that iconic E1M1 soundtrack:

I appreciated more now what DOOM (2016) achieved. It channelled the feel of the original but made it modern, made it new and different. There is a sequel DOOM: Eternal in the works which is already expanding on what they achieved with new ways to move and fight. I’m curious to see where they go next. Whether they pay more heed to the original or push forward in a new direction I’ll be there for sure.

One thing is true: killing demons never gets old. 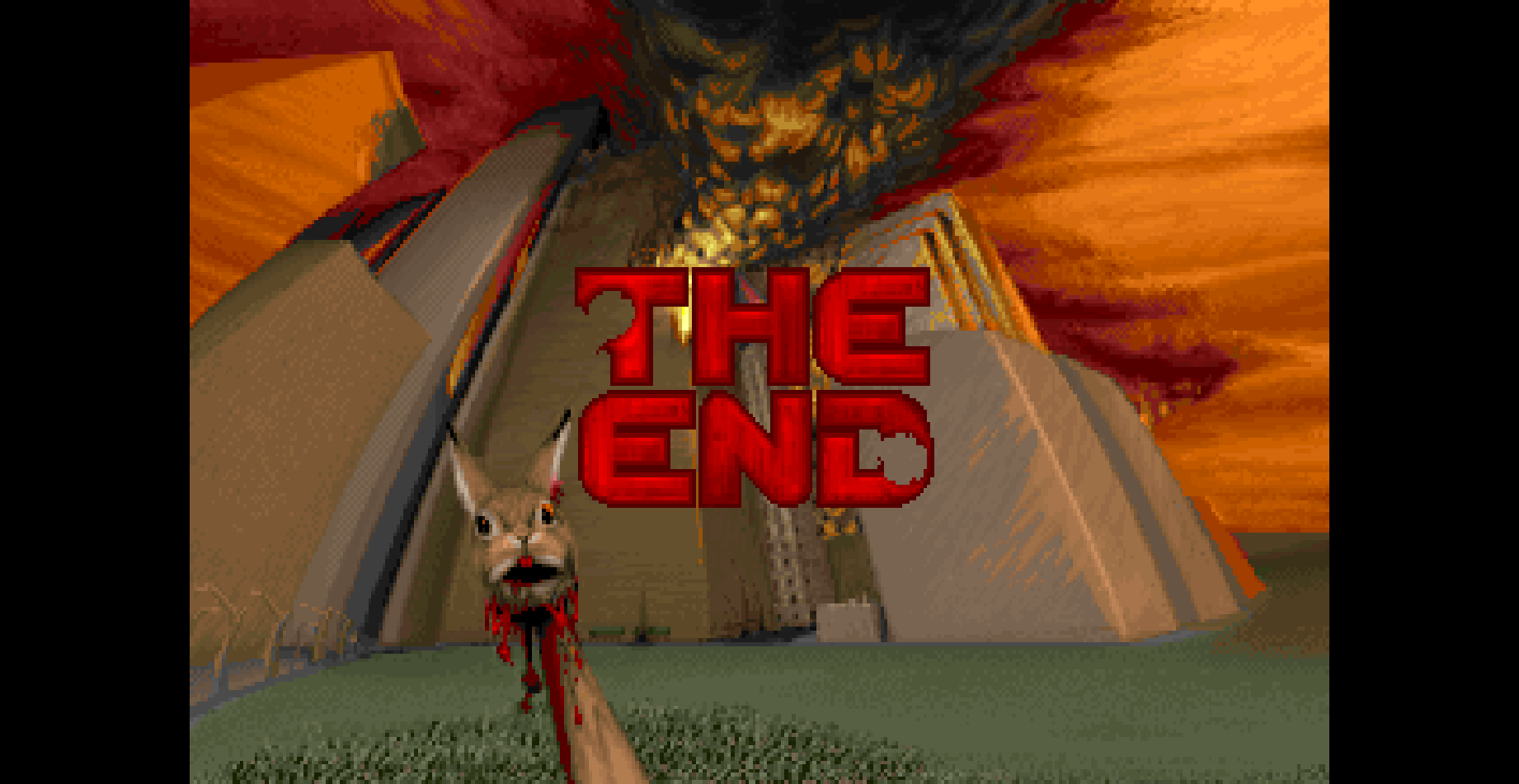