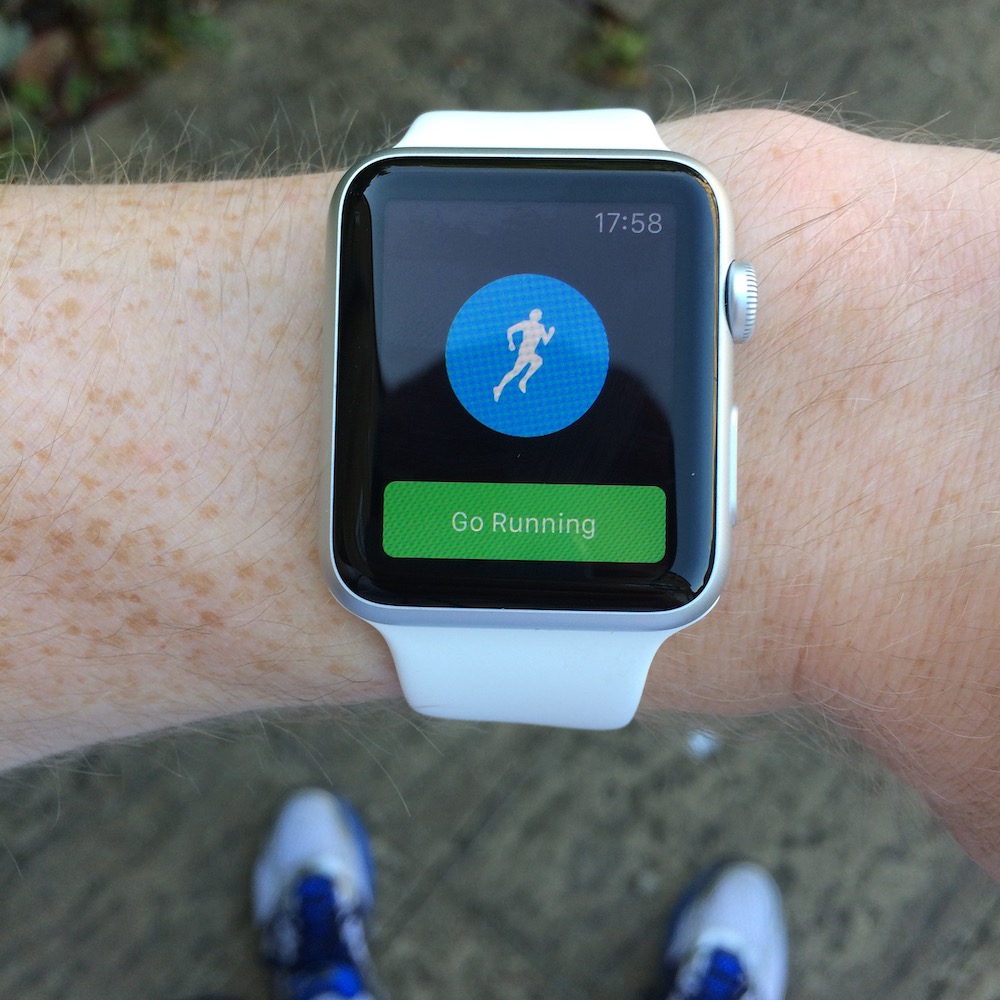 Editor’s Note: I wrote this in June 2015, not long after the release of the first Apple Watch, as a freelance feature. Ultimately the magazine was not published, but I think the feature still holds up today – so here it is for posterity.

It starts with a tap, a feel-good tickling on the wrist.

You stand up, stretching your legs for a minute. You feel another tap on the wrist: concentric coloured circles emerge from the dark glass, spinning around as the calories burned are tallied up.

The circles fill up. You’re exercising more than you used to, and that feels good. But just watching the circles fill up feels good in itself, a tangible sense of achievement as you fill in another page in the colouring book of health. The Apple Watch is an amazing device in all sorts of ways, but it’s a worryingly compelling health and fitness tracker. 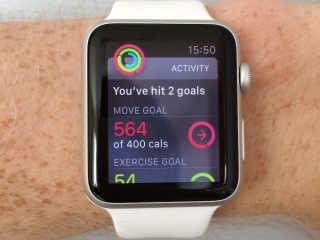 Exercise is good, but motivation is hard. I’m currently training for a marathon, and there are countless ways to keep motivated: local clubs, books and magazines, fitness tracking apps. Runners of all abilities are well-catered for: the NHS has a self-explanatory ’couch to 5k’ program for first-timers, Parkrun events take place every Saturday morning all over the country, and training plans can hone your performance to within minutes of a target time. Finding the right programme is easy, but sticking with it is hard. Most people are more likely to go from 5k to couch than the other way around. Much like going on a diet or learning a musical instrument, fitness training is about forming habits. If you want to be a successful runner, lacing up your trainers and hitting the road must become as natural as brushing your teeth. The latest generation of fitness trackers – smartwatches, pedometers, apps – take inspiration from a surprisingly sedentary hobby that encourages those exact kind of habits: videogames.

It’s long been acknowledged that videogames are a compelling, even addictive pastime. Tabloid newspapers are awash with stories about teenagers dying in Seoul cybercafes after marathon Starcraft sessions, but beyond those sensational stories, a quick glance in a train carriage reveals commuters hooked on Candy Crush Saga and Clash of Clans. Many games, but especially ‘free-to-play’ titles, rely on their addictive properties to generate revenue.

Gamification is the process of taking elements of videogame design into a different context to encourage participation in an activity, improve audience satisfaction, and more. It is seen as a somewhat loaded marketing term – the game scholar Ian Bogost has referred to products that embrace gamification as “exploitationware” – but fundamentally, it’s not far removed from a school teacher giving out gold stars for effort. But gamification isn’t about stuffing history questions into Minecraft; it is subtle, nuanced encouragement. Think of a site like LinkedIn or StackOverflow, awarding points for answering more questions or completing your online profile. Why do you want to complete that site profile? Is it because adding your volunteering history to LinkedIn offers tangible recruitment benefits, or do you just want to see that nagging progress bar filled in? The trick with LinkedIn is that the bar will never be filled: it will always ask for more of your experiences, more of your data, the better to target advertising to you.

But what if we were to harness this power for good rather than evil? What if that progress bar was a barbell instead – if we could turn personal fitness into a game? 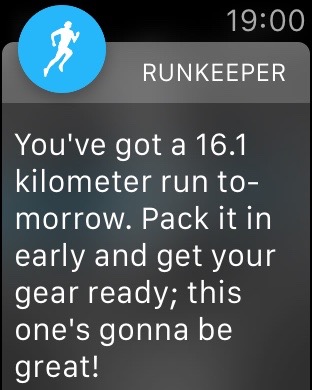 Of course, this has already been happening for years. Fitness trackers like the Apple Watch and Fitbit turn fitness into a ’game’, but arguably so does a weekly Weight Watchers weigh-in. Apps like Runkeeper and Strava challenge us to go the distance, compare and compete with friends, and analyse statistics. But when we talk about ‘gamification’, there’s an explicit – almost clichéd – act of making a product game-like. Fitocracy is a service that awards high scores for every dip, lift and grunt. You ‘level up’ as you work out and are awarded achievements for reaching activity milestones. Here, levelling up isn’t about in-game statistics: it’s about gaining real physical strength.

Games are more than just arbitrary goals, and fitness games can be more than that too. Zombies, Run! is part radio drama, part role-playing game: players play the part of Runner 5, courier of the apocalypse, running in the real world to outrun zombie hordes in a virtual one. The story of Abel Township unfolds with each new undulation of the roads you’re running, all the while collecting resources to develop your base. At the time of writing, there are over 150 episodes across four ‘seasons’ of stories, which equates to 70 hours of pavement pounding drama.

Adrian Hon is the founder of Six to Start, the developer who created Zombies, Run! in conjunction with writer Naomi Alderman. He tells me:

“I’ve long been a runner, although it didn’t come to me naturally when I was younger. Instead, I used all sorts of apps and gadgets like GPS watches to motivate myself. As a game designer, I was baffled that no-one had tried to make a really great running game.”

Like players, not all runners are of equal ability. Hon talks about finding the balance between challenge and accessibility:

“We need to strike a careful balance between making the game motivating while also not forcing or shaming people into running further or faster than they’re able to. With the exception of our race missions, we don’t require players to run a specific time or distance – we use the chases and the story to motivate people.”

I found the zombie chases particularly challenging when using the app. They turned this once-confident runner into a panting, sweaty mess within seconds. I mentioned to Hon that the zombie chases reminded me of my interval training:

“For our 5k Training app, we worked with expert fitness professionals who helped us construct an 8 week workout programme. For the main app, we basically did it ourselves, informed by research on the effectiveness of interval training.”

The threat of being feasted upon by zombies is thankfully not real, but the motivation to push harder and further certainly is.

Zombies, Run! uses the game mechanic of a zombie chase to mask the interval training you’re actually doing. In the same way, Alvio is a breathing trainer for children disguised as a Jetpack Joyride clone. It’s an iPad game with an associated Bluetooth breathalyser, where blowing into the device sends a cartoon puffer fish in motion. To a player, it appears like you’re just puffing away and accumulating points, but Alvio is actually calibrated to improve the user’s lung control and capacity. Another mini-game is a lung-powered test of strength machine that can track the severity of asthma symptoms. 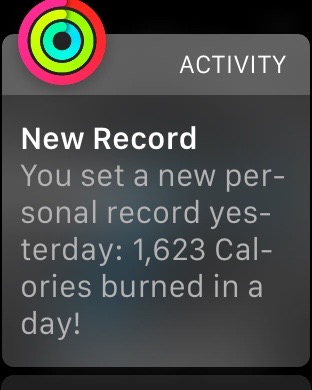 Technically, Alvio works no differently to other breathing exercises or aids. But turning the activities into a game encourages children not just to try it, but to stick with it over time, generating richer data that can be used to inform parents and medical professionals. It’s that habit forming nature of videogames – ironically a cause of ill health in adolescents – that allows Alvio to succeed where other methods fail to stick. It’s worth noting that Alvio was developed in conjunction with medical researchers; its exercises are carried out in a controlled, beneficial way. It encourages regular use, but it also discourages overexertion, a concern not shared by developers of many popular free-to-play games.

Gamification in health isn’t about turning users into addicts: it’s about encouraging regular short bursts of play. Rather than plunging you into a virtual world of activity like World of Warcraft, it’s more like the everyday visits to a village in Animal Crossing. Whether you’re losing weight or training for a marathon, you can’t reach your goal in a day. It’s literally a marathon, not a spring, and gamification breaks down those goals into manageable chunks.

Prominent Apple blogger Jim Dalrymple was one of the first to use the Apple Watch. In his “most personal review ever”, he writes:

“If Apple Watch says stand, I stand. I still don’t know why. Maybe I just want to complete those rings every day and feel good about that. Maybe standing every hour really is good for me. I don’t know, but I’ll indulge this little device on my wrist and stand.”

From tracking his fitness through Healthkit on his iPhone and Apple Watch, he lost over 42 pounds (19kg) in ten months.

He’s right. If Apple Watch says stand, you stand. You look down at your watch, and you see the little activity circle a mere pixel away from being filled. So you go out on a short walk of no individual consequence, inching towards a healthier life. That’s one small step for a pedometer; one giant stride for fitness.