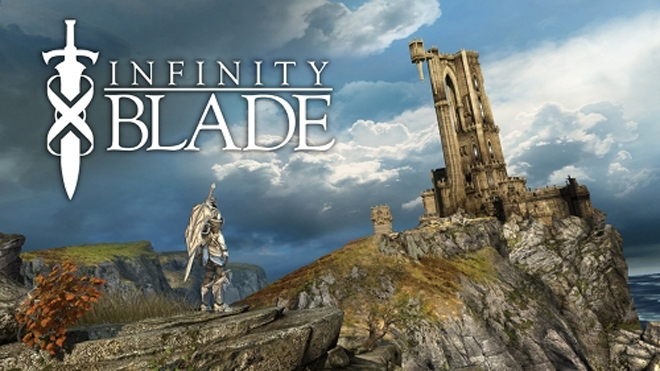 If you want to gaze into the dark heart of modern consumer culture, look no further than the App Store for iPhone. It’s full of worthless tat designed to rob the unwary or ignorant of their cash (the Android Market focuses on stealing your personal information), and equally full of unwary and ignorant punters. One good example is ‘CIA Phone Tracker’, where the user reviews section is full of people complaining that it’s rubbish and they should have read the reviews before purchasing. Caveat emptor! Look at the page for Infinity Blade and you can read the following gem: “I was expecting Epic Citadel (a technology demo showcasing the graphics engine behind Infinity Blade) with bells and whistles. That’s not what this is. There is no free roam, walk around, explore RPG” (sic).

Somewhere around the launch of the PSP, we lost sight of what a good handheld game should be like. They should be easy to pick up and play, but equally easy to put down when the train ride is over or you’re pushing the limits of how long one should spend on the toilet. Infinity Blade is not Epic Citadel with bells and whistles: it’s not about free roaming or exploration, perhaps surprising since the last game developed by Chair was the sprawling Shadow Complex. In fact, the reason why it works so well is because it strips out the exploration and all that entails: you don’t need to remember where you were in the world, your mission objective, your side quests, the inventory you’re trying to manage, when to take the lasagne out of the oven or ten thousand other micro-management tasks. For all its modern polish, Infinity Blade has much in common with arcade beat-em-ups of yore: you march along a linear gauntlet of moronic foes with attack patterns you can see coming before they’ve even thought of them, beating them to a lumpy paste and collecting the odd health potion/ freshly roasted meat joint along the way. You’ll engage in a series one-on-one melee encounters where you must swipe, stab and poke the screen for all your worth to slash your sword and parry the enemy’s strikes. Although your repertoire is limited, your moves feel very fluid and a perfect match for the iPhone where horrible virtual button overlays have tried and failed. Within minutes of picking up the game you’re fighting like a master swordsman, learning when to dodge and when to cower behind your shield. The key is to wait for an opening in your enemy’s defence, then swipe the screen like you’re scrolling the world’s longest address book in search of Zebedee Zip.

In a nod to what we expect from modern games these days (endless numbers increasing for each arbitrary task you fulfil), each fight earns you skill points that can be invested in improving damage inflicted, stamina and defence or your magic abilities. Weapons can be mastered over time, earning bonus skill points. Although your only real movement is in tapping from one battle to the next, you are invited to explore the stunning environments by panning the camera around in search of hidden bags of gold and treasure chests. Given how unremittingly awful the controls on most touchscreen games can be (whether on a phone or the DS) it’s a relief to have control taken away for once, to be honest. It’s only when you slay several fiends and reach the master of the castle, the imaginatively named ‘God-King’, that Infinity Blade reveals its twist: he kills you. Twenty years later your bloodline successor returns to avenge his father’s death; ignorant of basic genetics, he inherits his predecessor’s experience and weapons. Your goal is to beef up your characters’ DNA until you’re strong enough to take down the God-King and end the cycle of death and rebirth. Based on the kicking I received the first few times I took on the God-King, this may take a while.

Infinity Blade is one of the most repetitive games I’ve ever played- and I’ve just spent two months playing World of Warcraft. Every fight can be beaten with the same broad tactics, although enemies become faster and stronger as you progress. Your route through the castle is much the same on each run through and there are few secrets to find besides the odd chest. Once you get over the incredible visuals- and that’ll take a while, since it’s as good looking as some early Xbox 360 games- you’re left with a linear experience.

Luckily we’re not talking about an Xbox 360 game. This is on a mobile phone! It succeeds because it’s so fun and rewarding to play in short bursts. It doesn’t matter terribly that it’s a samey experience because it’s not designed to be played in eight-hour marathon sessions, and to do so would certainly diminish your enjoyment. Ten minutes of Infinity Blade will have you killing guards and trolls, making a little progress on mastering your equipment and then putting the phone down and getting on with your life. That’s what phones are for, after all: they’re tools to make our life a little easier and help us stay in touch with our friends, not media hubs or omnipotent entertainment centres. With that in mind, Infinity Blade is the perfect way to waste little fragments of your free time and keeps serious gaming on your TV where it belongs.