The journey goes as such:

Elegant isn’t it? I mention this only to say that I’ve thought often about how I enjoyed the little design journey I went on each time I got the tube back when I lived in London. It made a complicated journey simpler. If not any less painful on the human body.

Mini Metro is simple and elegant and very, very good.

The gifs in this article show a timelapse of some of my games of Mini Metro. The objective is to design a working metro network by drawing lines between the geometric stations in order for the passengers (not shown in the gifs) to make their little geometric commutes. If a station becomes overcrowded the game fails. Stations appear, often of a shape that forces a reconsideration of the design of the network. It’s a game of adapting, expanding and commuting.

Much like the London Underground, Mini Metro is, in a sense, a survival horror game. You are always short of resources, be it more lines, trains, tunnels, carriages or the powerful interchange. I’m always short one of these items and reaching the next milestone, which grants you a choice of one item, becomes a challenge of keeping an increasing number of plates spinning with the same number of sticks.

Even up to the point of collapse, Mini Metro is zen. The soundscape is a gentle accompaniment of tones that chime as trains pass along and across the lines you draw. It’s a soundscape that surrounds completely. While this is one of those games where you are staving off disaster for as long as possible, it doesn’t have the stress of, say, something like the similarly touch-screened ‘land-em-up’, Flight Control.

I’ve played this game for years on my iPhone and iPad. It’s a mainstay of both devices seeing me through real-life commutes, plane journeys and idle Sundays. Alongside a BAFTA award, you know this would have bagged a Screenie award from me at some point.

This screenshot documents my moment of bliss. Perhaps it was the ageing processing power of my seven-year-old iPad mini 2 but this game reached stability. This may be one of the optimum networks for the game’s London level. Slowly but surely this network withstood the increasing passengers and operated continuously for over an hour until I tried to save a gif and the damn iPad crashed. Not one of the 200-odd passengers were injured in the crash.

Now I’ve bought Mini Metro on PC but I’ve only booted it up once or twice. There are additional statistics, which clearly I’d enjoy, but there’s just something a little bit off about playing on PC compared to playing on a touch-screen device.

My third, and most recent, purchase of Mini Metro is on the Nintendo Switch which has the best of both worlds; playing using the touch-screen in hand-held mode, and the controller when docked on my TV. There’s a multiplayer mode where up to four players can all design at the same time. Great, if you want a really efficient way to destroy your friendships. Like most Switch games, playing with individual joycons is terrible and if you have two proper controllers then it’s bit better. But really, it’s multiplayer in name only. You can have as many designers as you want, you only need one person to draw a line and you can do that on any version. 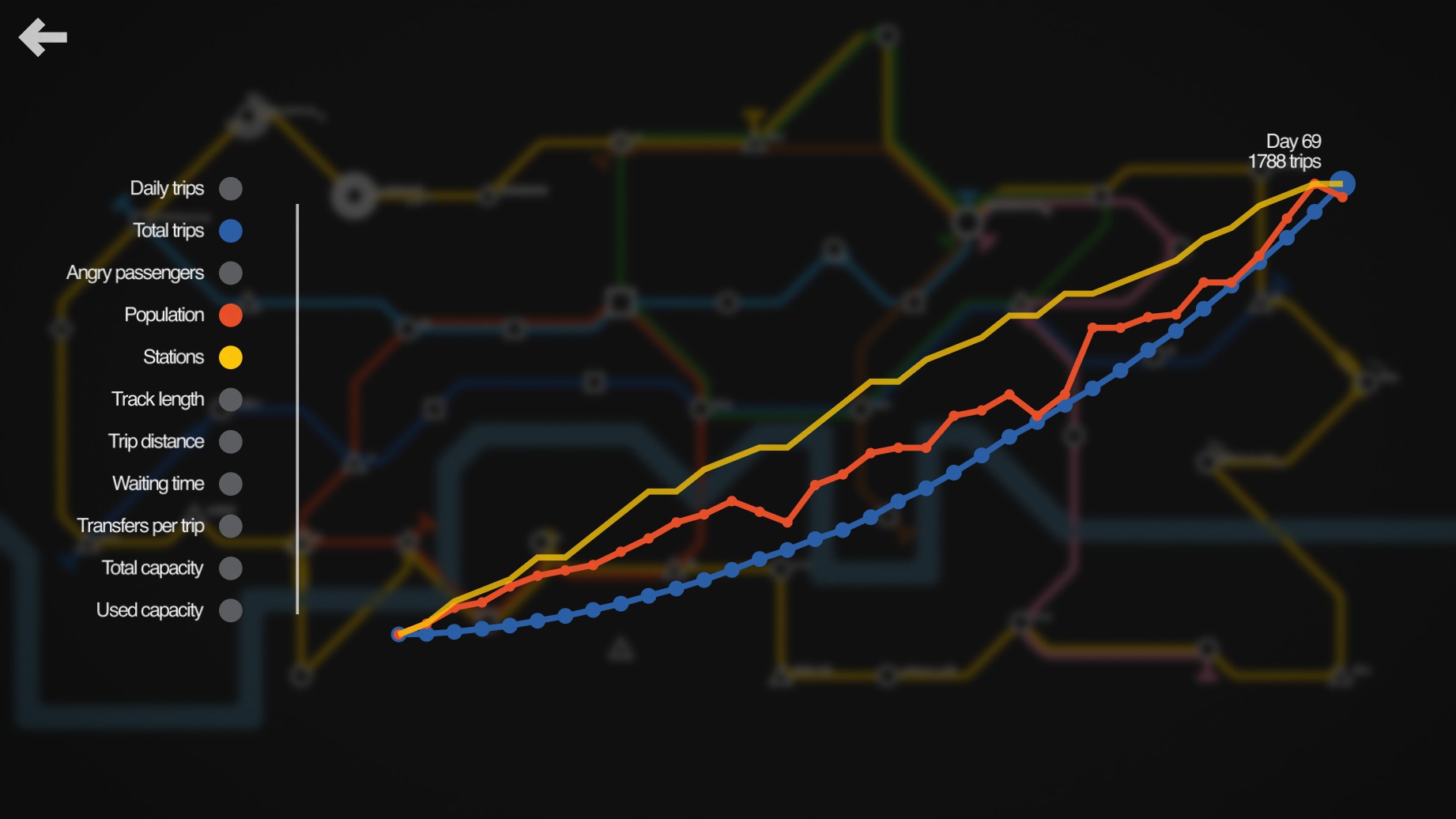 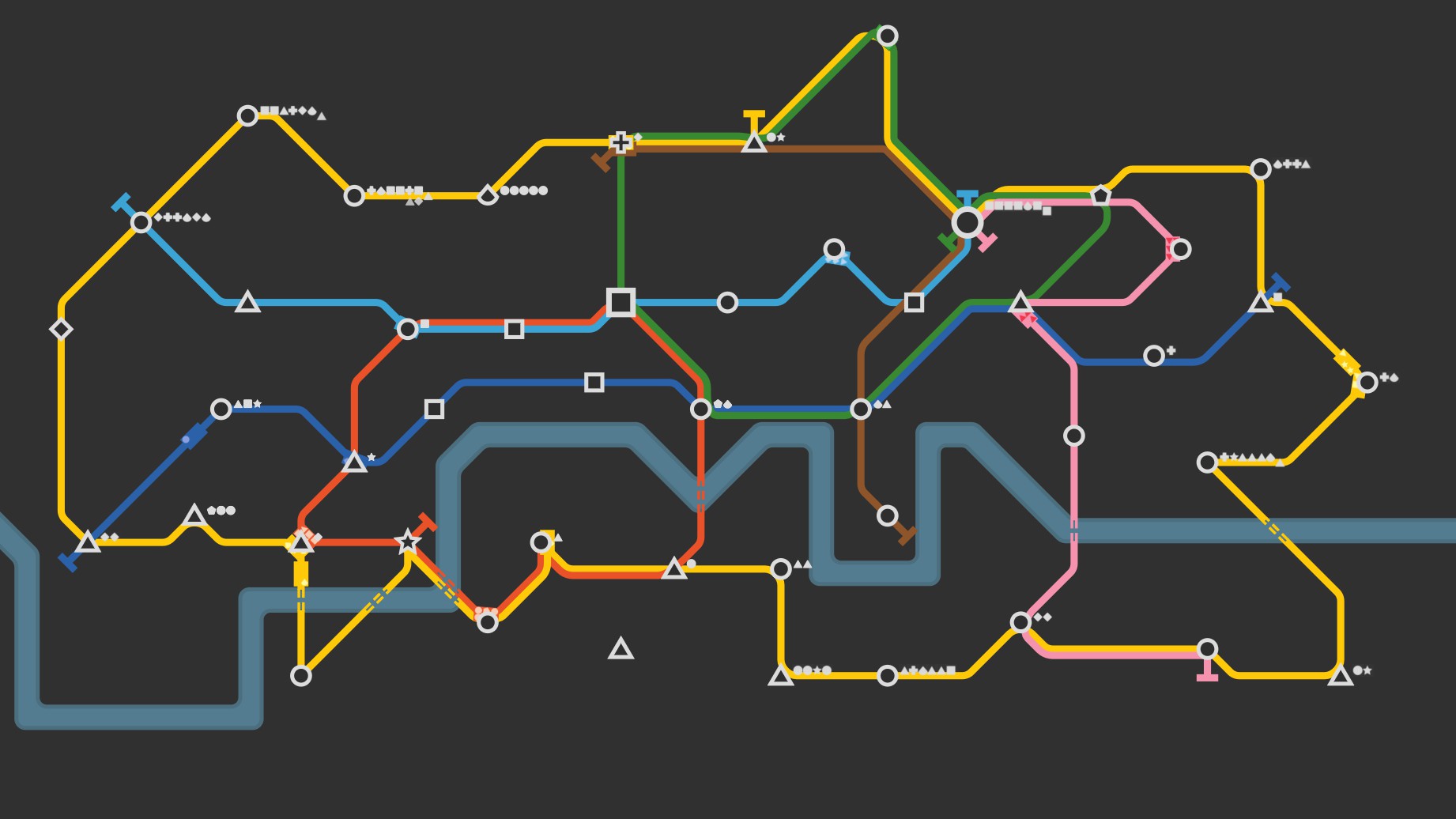 I’ve played this game for years and I know I’ll be playing for years to come. Like in Snowpiercer, this train has an infinity engine and it just keeps rolling down the tracks. If you haven’t hopped on board already, do so. You don’t want to let Mini Metro pass you by.

This insightful reflection from a real-life transit network designer on applying formal techniques to Mini Metro.