a.k.a. That One Time I Went I Played Second Life

Buddy Sideshow is the alias I use online when playing videogames. This is the story of how I came to use that name.

When I was but a lad at uni I was not a UniLad. I did not banter nor binge drink. Instead, I wrote videogame reviews for the Tech section of The Student, The University of Edinburgh’s student newspaper.

One day in 2009, I decided to write about Second Life. Second Life was an odd beast: a virtual world of connected areas where players (known as Residents) made the titular second life for themselves where they could create, chat and do more or less anything they desired. This basically boils down to two desires: “I want a second life of full-on fetishism and pornography for pleasure” or “I want a second life that extends my corporate brand awareness for business”. As a species, we forge these impressively vast virtual spaces and then canvas every square metre with ads selling sex or selling something else.

Second Life never grabbed hold of the public in the same life-absorbing ways as Fortnite, Minecraft, Twitter or Facebook. But in all that time Second Life has never fully gone away either. It’s still very much online today with around 800,000 – 900,000 users (as reported in 2017). If you want to emigrate then you can still go and create a free account.

I think I was wanting to write about how nascent virtual platforms are created by one set of adults, established by a set of youth only for the rest of the adults in business suits to swoop in set up shop. I never did write that article in the end because of all the fun banter and binge drinking, you know.

I did, however, create an account and played(?) for an evening. These screenshots are ten years old, never been seen before, relics from that night in 2009. It was here I created Buddy Sideshow.

If there is one good thing about Second Life, and my single play session suggests there is only one good thing, it is this: the character creation options in Second Life are the most detailed and customisable in any videogame created. The number of physical attributes to be chosen and the depth to which they can be individually tweaked is staggering. I’m talking Dwarf Fortress meets WWE 2k levels of customisation. Want to fine tune the arc of your left eyebrow? Go for it. Want to make those toenails perfect? Now’s your chance.

I created a balding, weirdo scientist in an ill-fitting lab suit and a star-spangled banner one piece. For you see I was to be a scientist, observing and neutral, but very much aware I needed to be freaky to study the freaky.

My memory betrays me now. I thought that this level of customisation extended to the in-game name generator. However, I can’t find any record of this and I’m sure as hell not installing Second Life again (I’m married for Christ sake). As the web archivists say I’ve “done a Google” and found a random name generator site that may be what I used. Either way, this tale is that the name was born of Second Life, and not born of man. 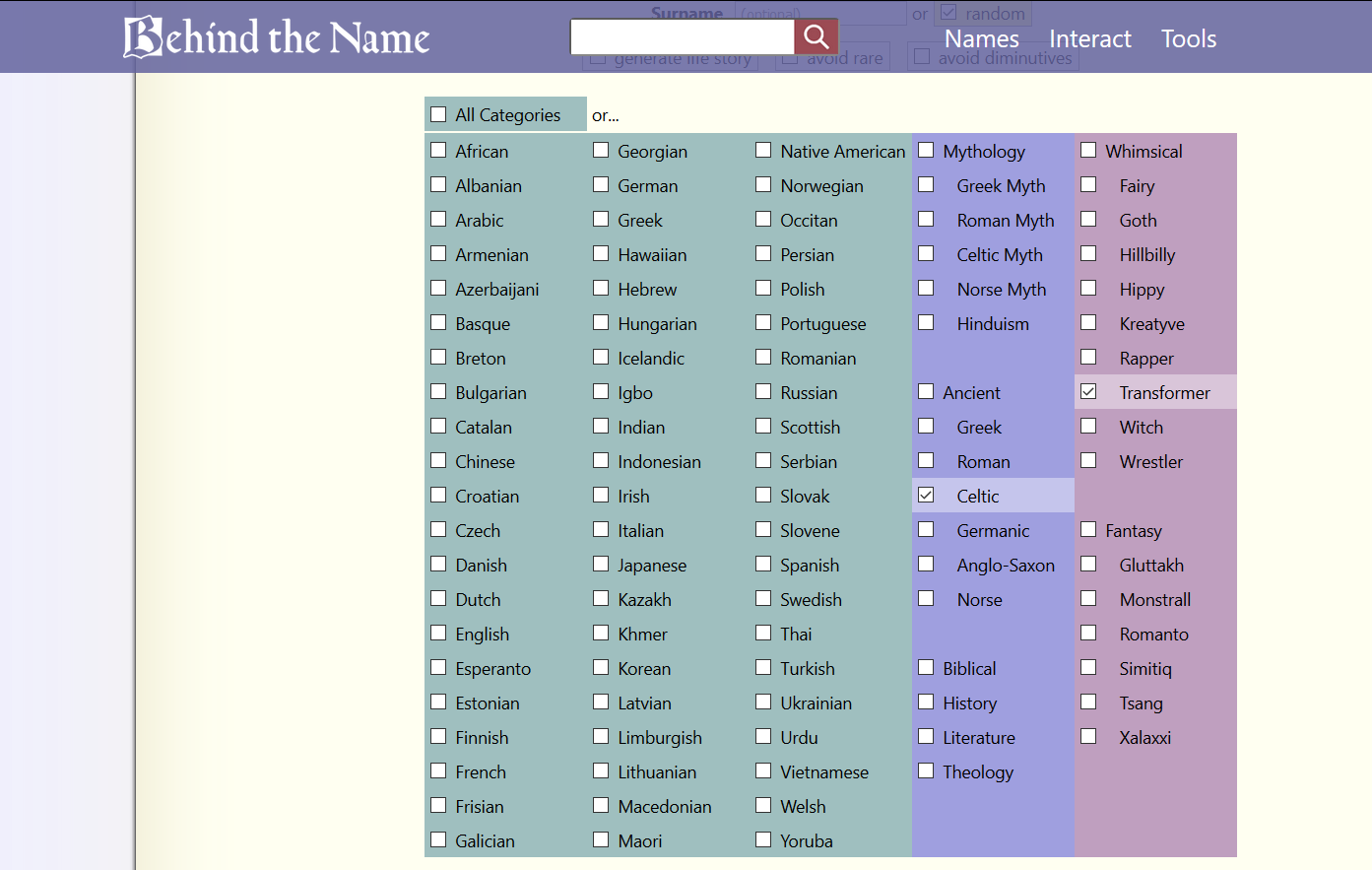 I remember seeing columns filled with every ethnicity, nationality, background and then a bunch of other categories that shouldn’t be allowed when it comes to picking your name. Two options spoke to me:

Now that my Resident was alive, I went to check out what my University of Edinburgh had done with its second life. Boy, was I not disappointed.

They had made a disappointing, largely empty collection of blocky structures including one that vaguely resembled the newly built School of Informatics building. I flew around this empty marketing ploy amongst the trees and low-res JPG posters inviting you to go download information about the university. I was alone in this university. Who else would be spending there time here? I wonder if anyone cared?

A good scientist creates and so I set to work trying to work out how to create something in Second Life. I’d heard tales of hijinks on GFW Radio. I’d marvelled at the legend of the grey goo epidemic (where objects could be made to duplicate themselves, creating a spreading tsunami of (low rent) physics calculations that would crash entire servers). I wanted in.

Lacking the skills and the patience to learn (again, like a good scientist) all I could muster was a static ball with a leopard skin. I had given unto the world the LeopoBall. Armed with infinite supply and the ability to click spawn them into the world I went out to create Art.

Perhaps the LeopoBalls are still there today. Has anyone checked? Does anyone care?

I needed people to do my Art at. I found some populated servers with real life, human people dancing at a beach party level. I gifted them a thunderstorm of LeopoBalls. I called out to the server and the server admin responded by freezing my character in position. I was ordered to remove the LeopoBalls (I guess they weren’t able to remove them) and I did so with a few clicks. And then the server admin, I imagine in a few clicks also, banned me from the server. My party was over.

As discussed in the above GFW Radio clip, which I will link again because I loved that podcast, much of Second Life is lewd, crude and porny. I did check out one of these islands and it was suitably messed up. I’ve tastefully pixelated the giant penis growing out the palm tree in the first screenshot.

My Second Life account met its demise that night. Though the moniker Buddy Sideshow lived on.