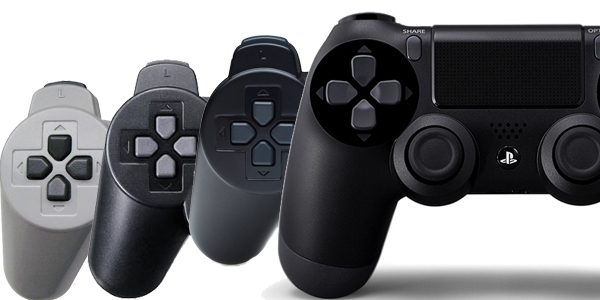 The revolution will never be televised.

The Playstation 4 was announced earlier this week and, would you believe it, the new console is a more powerful Playstation 3 with extra bits. Industry reception ranged from excitement to disdain for it being more of the same. What Sony needed to show, cried the detractors, was something revolutionary, not underpowered PC hardware in presently ethereal packaging. But such complaints seem misguided to me: home consoles have never been revolutionary. New consoles are only evolutions.

Console gaming has always been underpowered: the Sega Master System (1985) had a Zilog Z80 processor, just like the ZX Spectrum (1980). The Sega Mega Drive (1989) used the Z80 as an coprocessor – which allowed it to play Master System games – and its Motorola 68000 was also the main processor of the Apple Macintosh, a computer released in 1984. Older underpowered PC hardware: sound familiar?

The Mega Drive and Super Nintendo couldn’t hope to match the best arcade games of the day. Home conversions of arcade games were watered-down until practically homeopathic: the Mega Drive conversion of Virtua Racing required an extra co-processor on the cartridge just to make it run. The Saturn turned vivid 3D worlds into shuddering cardboard boxes, while the Playstation couldn’t even manage a proper version of Street Fighter Alpha 2. It was only with the decline of the arcade that manufacturers moved away from dedicated hardware in favour of cheaper, console and PC-based boards.

Consoles have always offered blunted cutting-edge technology at affordable prices. Clearly it’s about more than just raw horsepower or dedicated players would all just buy beefy PCs: consoles rarely require manual software updates or extensive tech support, plug into the biggest and best monitor in your home, have great support for multiple players in one room, and enjoy years of support from game developers. The new Tomb Raider will play (barely) on high-end PC hardware from late 2006, but it’ll also run on an Xbox 360 from 2005. Which was the larger investment in 2006? Arguments about hardware specs are just a boring pissing contest.

What would a real revolution in gaming look like? The Nintendo Wii’s code name of ‘Revolution’ now sounds naïve and arrogant. Perhaps we should have seen the warning signs when the console first launched: alongside the brilliant Wii Sports was Zelda: Twilight Princess, a port of a Gamecube title that replaced pressing the A button with flailing your limbs (and made Link right-handed, which is just wrong). The most critically acclaimed Wii games are those that conform to existing genres: Super Mario Galaxy would have been just as enjoyable on a Playstation or Xbox. Nintendo’s new console, the Wii U, comes with a traditional ‘Pro’ controller and a gamepad that is more like a Game Boy than a revolution. The Wii now seems more a passing craze than a fundamental shift in how we play games, a point emphasised by the poor commercial reception of Playstation Move and limp staying power of Xbox Kinect. Wii U’s retail sales are dire. This revolution is no longer being televised.

One thing that really has changed is mobile gaming. Smartphones combine a digital camera, games console, mp3 player, PDA, computer, and apparently some people even use them for telecommunications. These enhancements are still evolutionary, but mobile phones have changed from offering Snake to Solid Snake and are a viable alternative to consoles. Yet as I’ve said before, there’s a reason I still carry a digital SLR and there’s still a good case to be made for dedicated portable consoles. The real question – from a financial perspective, if not an artistic one – is whether enough people are still interested in portables to sustain the market. I’m not so sure about that. My problem with the PSP and now PSVita is that they try to crush big screen experiences into a tiny frame, like sticking a panoramic landscape into a locket. Portable consoles need small, novel portable games: that is where iOS and Android really succeed.

Something has shifted in the games industry, but it isn’t the technological progress of the hardware. The relationship between player and game has changed: everyone is up to date on the news and everyone is a pundit. I can still remember reading about the Dreamcast unveiling in Sega Saturn Magazine, trying to animate the screenshots within my mind. Modern videogames are much more mainstream and popular than in 1999: console launches are headline news, not relegated to the technology pages. Consequently our relationship with them has matured, even if the games themselves still have a lot of growing up to do.

It’s wrong to expect the games of 2013 to enflame our passions like those of 1993, when we were young and falling in love with the medium for the first time. Now we’ve been in a twenty year relationship with games: most things are really enjoyable and once or twice a year there’s an event that reminds you why you fell in love in the first place. That’s not a relationship in crisis; that’s healthy! Players in dire need of something to rekindle that spark are in the danger zone. Their expectations are unrealistic. They’re going to have an affair with board games.