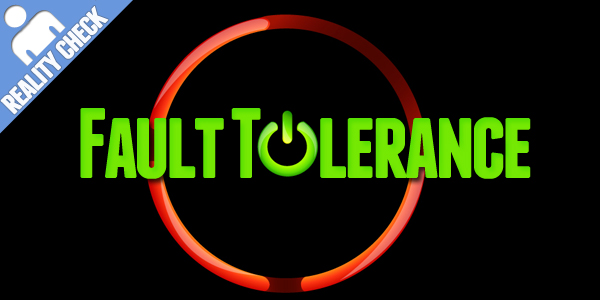 Xbox 360 ‘Red Ring’ image adapted from an original piece by Juutin on Deviantart.

Those generous arch-capitalists at EA recently offered Mirror’s Edge as a freebie for iOS, so I downloaded a copy to add to the virtual ‘pile of shame‘. I loved the console version of Mirror’s Edge and enjoyed the translation to touch-screens: like all translations, something is lost that only the nuances of the native language can convey, but you get a rough idea of what was intended.

My girlfriend played it (luckily Mirror’s Edge doesn’t have high scores) and enjoyed it too, but she quickly became frustrated with the controls. Swipes and taps were being misread, with fatal consequences. Our poor heroine Faith was colliding with every bullet and plummeting into every chasm, while her human puppetmaster became more frustrated.

I had more luck with the controls, but not because she was rubbish at the game. She’s not a ‘real gamer’: she expects the game to correctly interpret her intentions and move the character accordingly, whereas I have a greater understanding of what gestures the game wants to receive. I am not more intelligent or skilled: I am merely more experienced. As a seasoned gamer, I know every input will have an associated lag. Every guard will have to be hit square in the chest with a flying kick, because his ‘hit box’ doesn’t extend to his head. Mere milliseconds will determine whether a wall can be jumped off or if you’ll cruelly slide down it. Game physics are the rules of game reality, and these are rules that must be learned the hard way.

Non-gamers have no fault tolerance. Why should they? It’s natural to expect the game to respond to our commands and frustrating when it doesn’t. Gamers are accustomed to having limbs embedded in walls and having to reload a previous save, plummetting to our deaths and struggling with the controls just to get to the end of a level. I once wrote a feature on Hardcore Games to Convert Your Girlfriend: if you want a hardcore game to permanently deter your non-gamer girlfriend, give her a copy of Sonic Adventure and watch her hurl the controller at your television within minutes.

Who’s unloaded a salvo of rockets into an enemy and watch it survive unscathed, because you didn’t hit the right spot in its uniformly-patterned armour? Who didn’t wait until the point in the level when it became vulnerable? Who’s been blinded by a cameraman falling asleep at the reel? Who keeps a well-organised collection of saved games when playing an RPG in case one becomes broken? Who’s been thwarted in their quest for adventure by invisible walls? Another, much more visible wall to the acceptance of gaming as mainstream entertainment is the vast amount of arcane knowledge required to enjoy its latest releases.

I recently received some flak over my Skyrim review and our subsequent Game of the Year award, because it’s full of bugs. Some ruin your entire game, others are a comical annoyance, others can be slain and their internal organs harvested for profit. I’m not going to justify my opinion- if you didn’t understand it, feel free to read the review again until you do- but it’s worth talking about how we consider bugs and glitches when we write reviews.

I’ve played Skyrim for roughly forty hours. In that time I’ve experienced four crashes that froze the game completely and encountered the infamous magic resistance bug. Since the release of the patch 1.3, it hasn’t crashed again. I reviewed Skyrim after the release of this patch, and my review reflects that fact.

Most modern games have bugs. They aren’t acceptable. I’ve had my progress thwarted on Gears of War 2 by several freezes and glitches, but I still loved playing it in spite of the problems. Likewise, I loved Skyrim enough to roll back to a previous version of the patch- which took a considerable amount of research and effort- just to continue playing. To my mind, that’s as equally worthy of consideration as the bugs that necessitated the patch in the first place.

We can’t base our opinions of a game on things other people have encountered, but we personally have not. It’s dishonest to read other people’s reviews or forum support threads and rewrite them as our own experiences, which is why I avoid reading reviews of games I intend to write about. The whole point of Split Screen is that we approach games from a different angle to everyone else. As with graphics, sound and ‘gameplay’; if we find bugs worth talking about, you can be assured that we’ll talk about them. If we don’t mention something, it was not worth mentioning.

Are fault tolerances desirable? Do they help us to enjoy what would be otherwise frustrating games, or are they holding back the progression of the medium by supporting ‘good enough’ games that frustrate players who should be enjoying them?