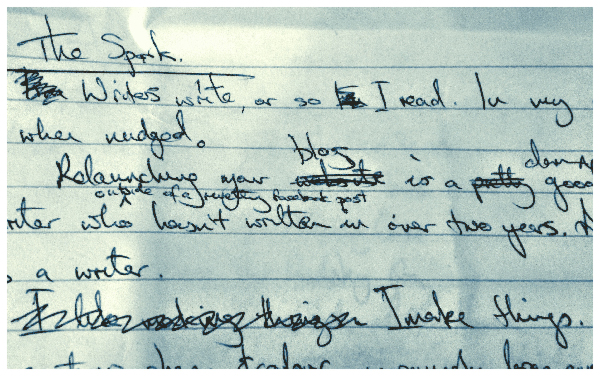 Writers write, or so I read. In my case writer’s write only when a deadline approaches. The occasional writer with no deadline creeping closer toward them could go well over a year since their last jarring film review which reveals more about the fractured psyche of the writer than anything about the film itself.

Honestly though I’ve never seen myself as a writer.

I’m most happy when form and function converge. When I express something in a particular form such that the piece would diminish if expressed in another way.  While I still don’t think of myself as a writer I’m no certainly no artist though I do want everything have a certain artistry to them. Therefore a block of rigid text is aesthetically boring (and respected, news publications agree).

Going too far in the pursuit of form/function led me far from the beaten path down dangerous alleyways in MetaTown that no-one followed. I’ve made graphs upon graphs, scored scoring systems, even ranted about QR codes being ugly and largely ignored in an article written entirely in QR codes that I knew no-one would scan.

None of these things were made quickly. I wrote/designed an article in Five out of Ten Issue #3 reflecting on how I had killed my hobby, this website. I drained my passion for Split Screen by self-imposing rules and governing my mood with metrics. The conclusion I reached was to walk away entirely.

This didn’t stop ideas sparking in my mind. I’m terrible at acting quickly, paralysed at times by a blank page, and I let the sparks die out.

I used to believe in quality over quantity. I don’t any more. Now I believe that quantity gets you quality.

I don’t regret the QR code article. I regret not making every dumb idea I’ve had in the past year.

This exact line would have been an excellent transition point to express how happy I am that Split Screen is back in action, that I’m once again making things with my best friend, while also revealing an amazing article to re-debut with. Instead it’s a review of Dead Space 3.

Strange how these things turn out sometimes.