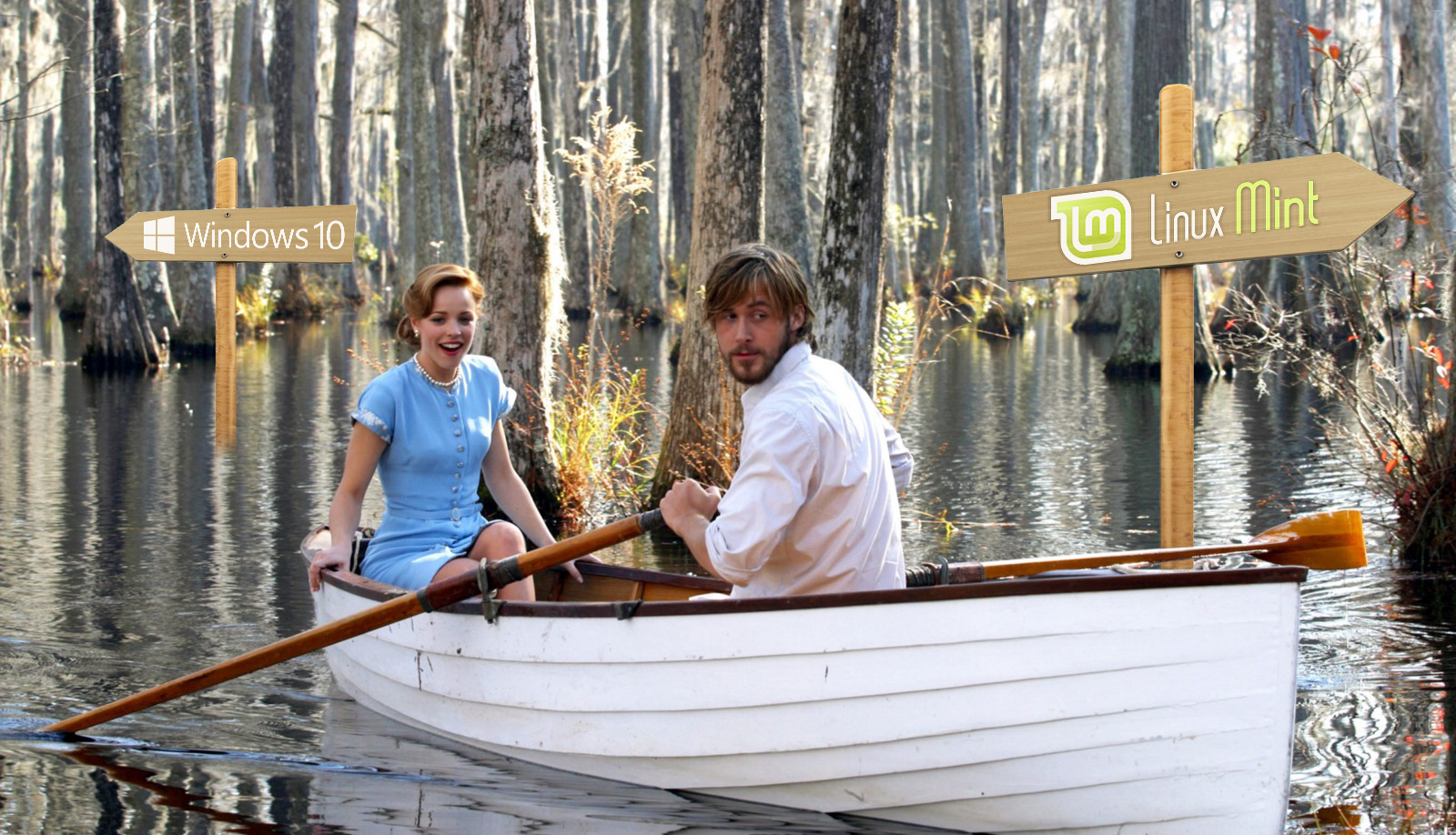 a.k.a Installing Linux on an Acer Aspire One D255 Windows 7 Notebook.

My parents have gifted me their old notebook which has failed to keep up with their bitcoin mining, high definition 3D-video editing and daily gaming of Crysis on Extreme Settings. Oh no wait, sorry I’m mistaken: It could no longer handle the casual surfing of Facebook and Gmail.

It was never a power house to begin with but this gave me the opportunity to dip my toes into Lake Linux and see if I can save this humble, little Acer Aspire One D255 from drowning in the deep, murky waters of Windows.

The notebook was probably bought around 2009 seeing as it comes with a shiny Windows 7 Starter sticker on the front. Under that sticker however is the following hardware:

Old processer + not much memory = poor performer. To make matters worse the notebook was now running Windows 10, no doubt as part of Microsoft’s free upgrade offered to Windows 7 owners. A good deal for other machines, perhaps. A quick health check showed that the operating system was more than the metal could handle:

90% of the memory was being used on AN IDLE DESKTOP! Ouch. This explains why pressing the Start Menu took months for it to appear. Slow running everywhere from start up to shutdown with barely anything happening in between. This was beyond a mere strip down of Windows settings, tweaking start up applications or clearing the bundled garbage-ware that these notebooks tend to come with. This called for full open source transplant.

I’m a PC gamer and Windows remains where it’s at so outside of the one university course which mandated use of Linux workstations I’ve not much hands on experience. I know penguins and command lines are involved. I also know that the list of Linux distributions is an ever-expanding Tree of Life all of its own.

Thankfully I work with @timgollins who recommended Linux Mint as a good starter Linux OS. A quick Youtube search showed others had some success with running Xfce the lightweight version of Linux Mint on Intel Atom notebooks. I understand the need to install modules which are compatible with the hardware but when needed to make decisions about CPU scaling… I’m unsure what to pick. Good. I’d like good CPU scaling. Or none. Help.

I emotionally prepared myself for a battle to get every little component working: a fight for Wifi, a battle for the touchpad and potentially bricking the machine beyond repair. This is the thrilling Act 2 of this blog, by the way, where things seem bleak. Just wait until Act 3 where it turns out I worried for nothing.

I worried for nothing. The installation of Linux Mint Xfce was a doddle and everything worked. I followed the official Linux Mint Installation Guide and it was as easy as building Lego.

The initial results were promising. The graphs are below but I’d heard Linux was customisable so I was keen to customise. I found another simple guide with recommendations for what to tweak after installing Linux Mint and then I was straight to the command terminal.

I would say I was sudo comfortable with what I was typing into the terminal. I understood what I was doing but not why or how. Linux Mint Xfce came loaded with most of what I needed: Firefox, LibreOffice and not much else. I downloaded Dropbox and when the system tray icon failed to appear I blindly typed more code into the terminal which fixed it. Thanks, internet!

So was it worth it? Yes. I spent a nice afternoon in the sun tapping away at the notebook and largely got the improvements I wanted:

Apart from the battery which needs replaced everything else worked with no intervention. Wireless connectivity, the touch pad (including two finger scrolling) and even the function keys like Volume Up/Down on the keyboard respond correctly.

All in all quite the successful salvage by my measure. Sure, Linux Mint looks different from Windows 10, but it’s true what they say about notebook conversions: