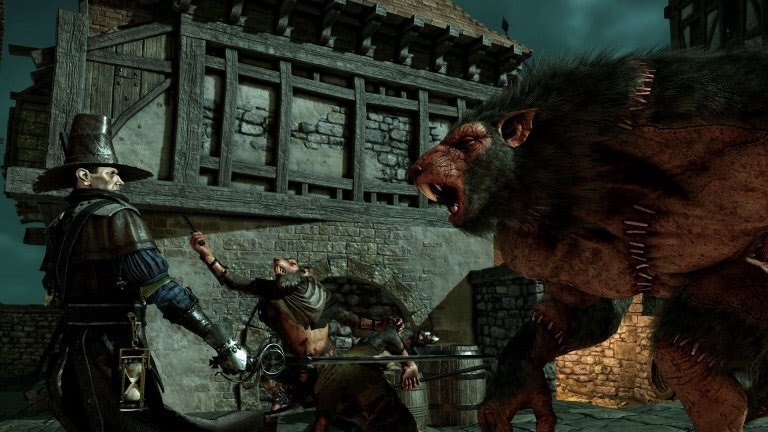 I miss Left4Dead. For me the game represented good times with great friends. I will never forget the countless evenings I spent with Dave, McGill and Ali (or an AI bot if Ali wasn’t free) fighting against the countless hordes of zombies and having an absolute blast. Dave, McGill and I were flat mates and good friends at that but given the chance we would abandon each other and go off to our own bedrooms, turn on our Xbox 360’s and reconnect virtually in the B-movie pulp world of Left4Dead.

Shout out to the night we spent 4 hours playing the final stage of Blood Harvest on Expert difficulty over and over and over again! I can vividly see every nook and cranny of that stage: from the canyon alleyway through the corn field and into the climactic fight for survival in the two storey farmhouse waiting for the rescue vehicle to arrive. I don’t remember whether it was this night that McGill and I finally made it to the rescue vehicle only for Dave to fall on the vehicle’s open ramp succumbing to the zombies that quickly engulfed him. We may have shot him, a noble sacrifice that we were forced to make of course, in order to survive ourselves. It doesn’t matter really. The details have become jumbled but that period of cooperative gaming will always be a golden memory for me to treasure.

I really do miss those days. While we each departed for different parts of the UK after graduating university the reality is that my departure from regular console gaming for the hallowed PC master race created a break in hardware that broke our regular gaming sessions. The friendships survived, I’m happy to say, but I recognise I failed to replace those gaming hang outs especially when it comes to cooperative games.

Now, I preface talking about Warhammer: Vermintide II with all of the above in order to say it doesn’t really affect my experience. I wasn’t looking recapture those memories but I was definitely looking to play something similar in order to enjoy the mechanics of a solid group cooperative experience with your good friend and mine, Rick Lane.

In that sense Vermintide II delivers the same core experience of four survivors (now a mix of fantasy wizards, elfs and knights) fighting across lush locales against the hordes of evil (orcs and mainly rat-people, it seems). Setting it apart from Left4Dead is the RPG character specialisms that are available to take into battle. Not knowing I could later switch characters with zero repercussions, I spent a good ten minutes agonising over which charachter to pick before giving up and going with the first character listed: a generic swordsmen with a special ability healing and enemy knockback buff know as Markus Kruber, the Empire Soldier. From those ten minutes reading character and ability descriptions I could see the potential and value in picking the right hero for the right mission.

Markus Kruber is fun to play. You can watch the video above of Rick and I playing a campaign. Just know that the moments of silence in my part isn’t disinterest but total engagement. Vermintide II scratched my Left4Dead itch and scratched it good.

I benefited from my short encounter because I can see prolonged play forming cuts and blisters. I suspected there was an AI director invloved, determining the enemy spawns and plotting to defeat us, but it may well have been random as far as I could tell. It was a real gut punch whenever we lost a round and were swarmed by a never ending barrage of super-powered special enemies and endless supply of rat-people. It felt like we were fully losing rather than simply failing to win. I can’t quite articulate the difference but I know even in that legendary Blood Harvest evening that losing felt less painful. With some of Vermintide II’s stages running a good 20-40 minutes, with no checkpoints to be found, there’s a real sense of rolling the dice on whether this was going to be an enjoyable round or not beforeI even started playing.

Not that the time spent losing is entirely in vein because Vermintide II has charachter levelling(!) and loot boxes(!). Hundreds of bars to fill up with empty calorie XP(!) and crates within crates of gear(!) where the numbers go up(!). Bigger numbers so it must be better, right? Right?

In my short time with Vermintide II thus far the levelling feels arbiritraty and unnecessary. I suspect that as my damage numbers go up so to does the enemies’ health, so what’s the point? There’s functional changes between the selectable heroes but the fact they are locked behind player level caps smacks of the cheap unlock tactics of a Mario Kart or Tekken: an arbitrary means to extend a game through hollow progression. I’m probably emphasising this more than necessary; it didn’t impede my enjoyment but levelling and loot boxes put my guard up these days. I see any kinf od micro-transactions and levelling and I’m just waiting for a difficult spike that is designed to solicit further payment from the player to overcome (see/don’t see Peggle Blast,Plants vs Zombies 2 egregious examples).

I do hope these loot crate trends die out. But I guess if I really wanted I can always boot up Left4Dead and get the old band back together. Until then Warhammer: Vermintide II is fun if a bit frustrating at times. This is all based on one evening of playing mind you so for a more informed option I recommend Rick Lane’s Bit-Tech review for that. And if you want more golden memories here’s Rick’s article from The Student, our university newspaper, from 02/12/2008 with a badly photoshopped Christmas zombie from me. 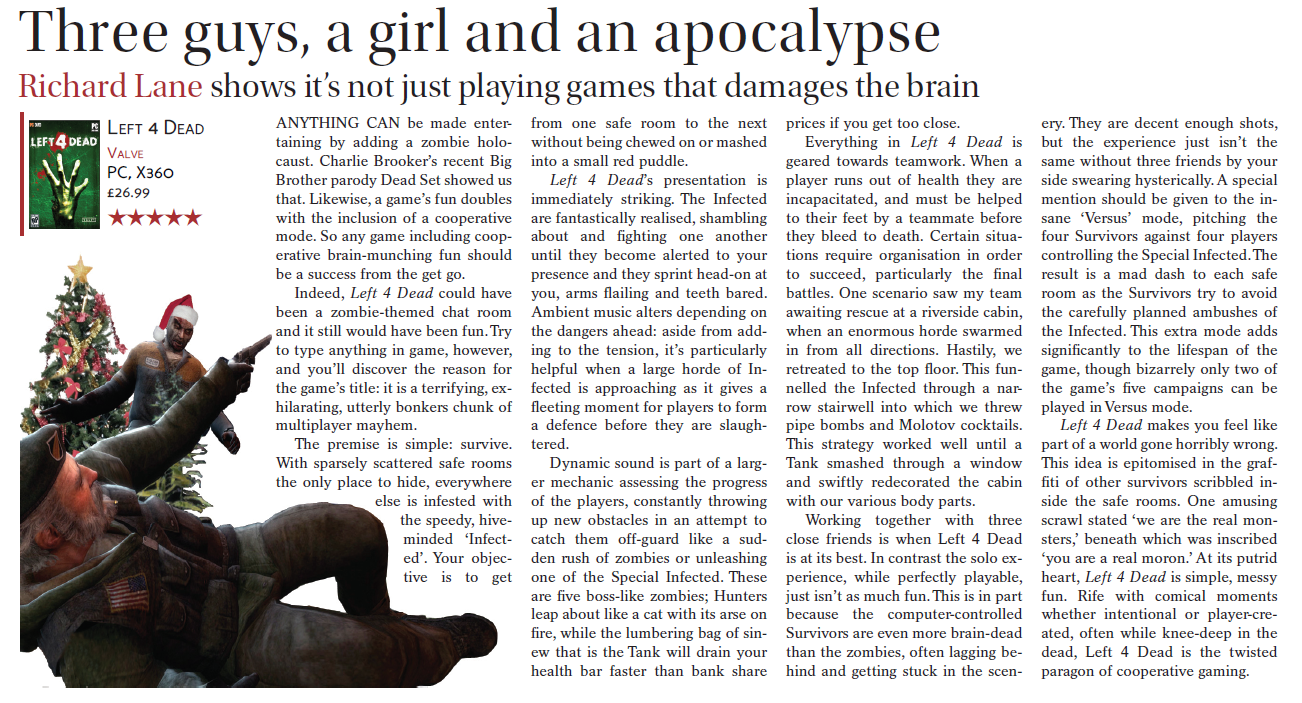