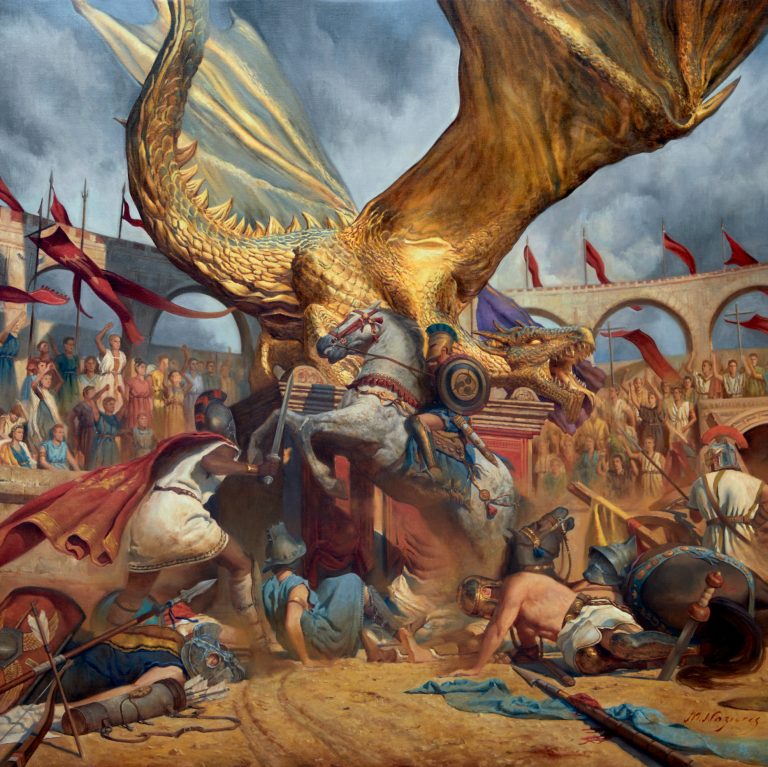 It’s time for the annual… wait, has it really been three years since I wrote one of my yearly music roundups? Shit.

2021 was a standout year for heavy music releases, where all of 2020’s delays were unleashed onto the world. Naturally, the pandemic affected not just the timeliness of new releases, but also their subject matter – unlike last year when any viral references were purely coincidental – and there’s definitely a more pensive, slow-burning feeling to some of these choices.

This year I returned to long-distance running in earnest, so instead of a ‘Best of 2021’ playlist, please enjoy my ‘10K21’ running mix on Apple Music which will get you up life’s hills and over life’s hurdles in the new year. (Not seeing the playlist below? Try disabling adblockers.)

The usual disclaimers apply: I have listened to everything in this list, but not every album released in 2021 (including the last 25% of Iron Maiden’s Senjutsu!), and although I’ve arranged this into a rough Top Ten, I considered not bothering with numbers – but the top 3 were clear frontrunners and it seemed a shame not to honour them as such. 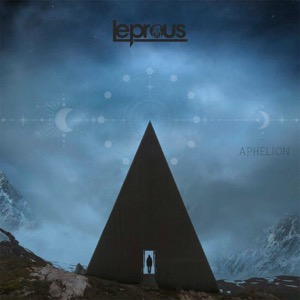 I didn’t have high hopes for this after the disappointing Pitfalls, which fell somewhere between a Leprous album and bizarre, avant-garde pop. While Aphelion is still far removed from the classic Leprous sound of Bilateral, it’s a return to the form of The Congregation and Malina: prog rock with Einar’s trademark haunting vocals, polyrhythmic drums, and just enough heavy moments to balance out the lightness. Another beautiful album from Leprous – although I’d love a return to their heavier side next time. 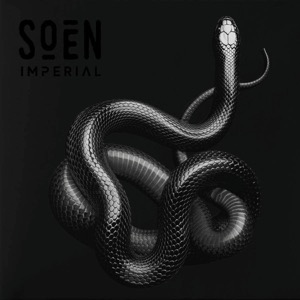 Soen enter their imperial phase with another supremely confident release, right off the back of 2019’s outstanding Lotus. It’s not quite as good as that release, and perhaps Soen are at risk of becoming formuliac – but what a formula! – but there’s not a lot to complain about here, from the mighty opener ‘Lumerian’ with its serpentine hooks to the driving crunch of ‘Monarch’ or the mid-tempo, bluesy ‘Illusion’.

Now that Soen have ditched the obvious Tool inspirations of their first releases, they’ve developed a really delightful signature sound – it’s a joy to hear one great album after another. Long may their reign continue. 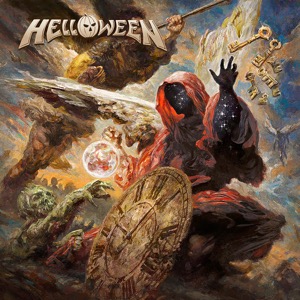 I think this was everyone’s surprise favourite of the year: the German power metal pioneers return with seven members (including three vocalists), a sackful of riffs, and their best album since Keeper of the Seven Keys. There’s something for everyone here: Maiden-inspired epics in ‘Fear of the Fallen’, ‘Best Time’ which wouldn’t be out of place on a Crush 40 album, ‘Mass Pollution’ captures the classic power metal sound of the 80s and modernises it.

But it’s the title track ‘Skyfall’ which has to be heard to be believed: 12 minutes of three part vocal harmonies and duel-soloing insanity that flirts with excess but never quite crosses the line. It’s classic cheesy metal fun that never gets old.

(You’ll have to look up the full version of ‘Skyfall’ yourself: I couldn’t resist sharing the wacky music video for the ‘single edit’, which is still 7 minutes). 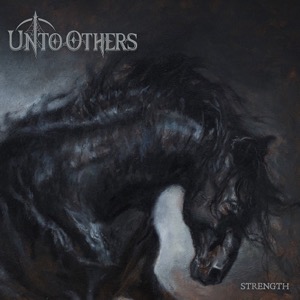 Earlier this year, the Apple Music random music algorithm served up an Unto Others track – ‘A Single Solemn Rose’ – which was enough of a hook for me to listen to Mana on repeat for days, and just in time for the release of Strength. It’s quite not quite the goth-rock-meets-Judas-Priest lightning in a bottle of Mana (not enough songs about crying dragons!), where the mere thought of one of the songs is enough to compel me to listen to it all once again, but there’s still a lot to love.

Tracks like ‘Downtown’ and ‘When Will Gods Work Be Done’ are a great introduction to Unto Others: vocoder-infused goth rock vocals with plenty of gutteral ‘HUUUAAAH’ shouts, groovy jangling guitars, and just the right amount of self-deprecation. Their songwriting craft has serious chops, even if the lyrics are delivered with a wink and a nod. Just plain fun. 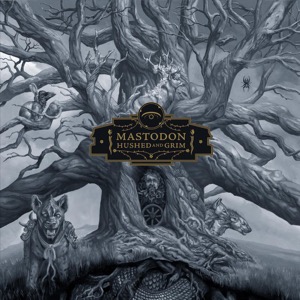 Mastodon’s career has taken them on a journey from the bone-crushing sludge of Leviathan to the prog-metal mysticism of Crack the Skye (still not sure which of those we’ll feature on Cast Iron!) before finding a more mainstream sound from The Hunter onwards. And while those albums have their moments, by the time of Emperor of Sand, the returns were diminishing.

I hesitate to call Hushed and Grim a return to form, as although it’s probably their best since Crack the Skye, this is a big lumbering beast of an album: a 90-minute double album of which I have barely scratched the surface. There are a couple of immediate hits like ‘Teardrinker’ and ‘Pushing the Tides’, but there’s also more ambition than we’ve seen from Mastodon in a long time in the delightfully-named ‘Gobblers of Dregs’ with its stompy riffs and eerie synths unfolding into a groovy, jazzy middle section around the 4 minute mark that is one of their all-time great breakdowns. 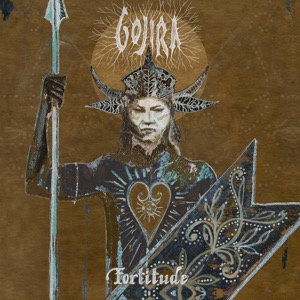 With the release of Fortitude, Gojira’s journey from technical death virtuosos to (almost) mainstream metal act, beginning with 2016’s Magma, is now complete. The songs are shorter and tighter, their structures more conventional; but there’s no mistaking Mario Duplantier’s frenetic drumming, the pinch harmonies and squealing guitars. This is Gojira with the rough edges smoothed away and buffed to a gleaming polish, but it retains just enough of the groove to keep their personality intact – ‘Born For One Thing’ is both the most conventional song they’re ever recorded, and still heavier than 90% of mainstream metal.

Gojira also haven’t lost sight of their environmental leanings: tracks like ‘Amazonia’ feel particularly relevant in the light of climate catastrophe, and even if you’re still in denial about the state of the planet, you can enjoy its boingy mouth harp riffs and pummelling drums. 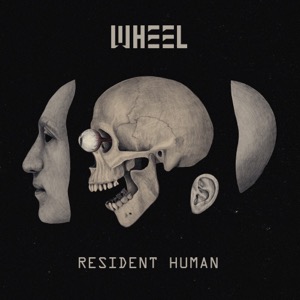 Describing Wheel’s first album Moving Backwards as ‘inspired by Tool’ is perhaps the understatement of the decade – if Tool hadn’t released Fear Inoculum in 2019, someone could have leaked Moving Backwards onto YouTube and pretended it was Tool’s session recordings – but with their second release Resident Human they’re starting to find their own unique sound: thoughtful, complex and soulful. You can still hear a bit of Tool in tracks like ‘Movement’, inspired by last year’s Black Lives Matters protests, but now Wheel have plenty of their own personality: bizarre chord combinations, undulating bass licks, and just a hint of grunge for flavour.

‘Hyperion’ is the standout track in a crowded field: a quietly-confident epic that reminds me of the aforementioned Soen, but with its own unique harmonies, movements and motivations. I am hopeful we’ll hear more great things from Wheel in the future. 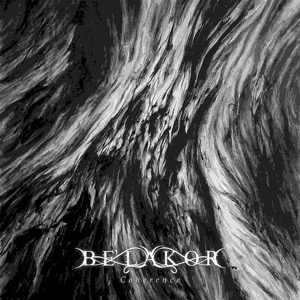 How do you top the masterpiece that is Be’Lakor’s Vessels? Be’Lakor sidestep the question with a release that retains their intense melodic death metal stylings and peerless storytelling, but this time it’s a little less melodic and a little more atmospheric. That means it doesn’t grab you immediately – except the first single ‘Hidden Window’, easily one of the best songs of the year – but it does reveal more of its complexity with repeated listenings. Another fine release from Melbourne’s best band and one of the most exciting metal acts around. 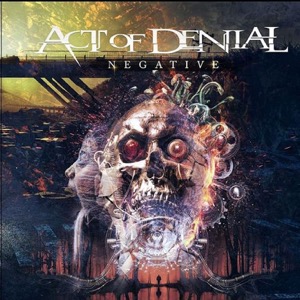 The word ‘supergroup’ gets thrown around a lot – often when ex-In Flames members form another new band – but when that band is Act of Denial and your members include Soilwork’s Bjorn Strid, Death / Testament’s Steve Di Giorgio, and Septicflesh’s Kerim ‘Krimh’ Lechner, the hype is justified. ‘Puzzle Heart’ blew me away when it debuted in mid-2020 and with the steady trickle of singles throughout late 2020 and early 2021, Negative became my favourite album of the year months before it was actually released.

This is proper old school Gothenburg metal that reminds me of classic Soilwork albums like A Predator’s Portrait: one blistering track after another in a relentless, coordinated onslaught on the senses that will have your head banging faster than a speed-nodding contest. It’s got just the right balance of melody and intensity. Surely Act of Denial can’t be a one-album wonder after a debut this good? 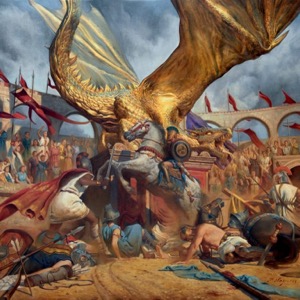 1. Trivium – In the Court of the Dragon

I’ve been a fan of Trivium for years, after I saw them supporting Killswitch Engage in Birmingham around 2014. Yet for many years their music lacked a distinct identity and seemed to shift with their latest producer: The (notorious) Crusade sounds like a Metallica tribute act, Vengeance Falls has weird tinges of Disturbed even in its best moments, Silence in the Snow… well, noone likes that one except me, but it is a strange diversion into power metal that doesn’t quite work. However from The Sin and the Sentence, Trivium are on a winning streak and have finally established a sonic identity: a bit of thrash, a bit of groove, and the missing ingredient to every winning recipe – a bit of prog, of course!

In the Court of the Dragon came out of nowhere, only a year after their last album What the Dead Men Say, and surely marks the point where Trivium are recognised less as an unfair punchline, more as one of the best metal acts in the world. This has it all: short catchy singles (the title track, ‘Feast of Fire’) longer shred-fests (‘A Crisis of Revelation’, ‘Fall Into Your Hands’) and the usual Trivium back-half banger (‘No Way Back Just Through’). The best track is ‘The Shadow of the Abattoir’, which showcases the band’s versatility and particularly Matt Heafy’s vocal range.

My brother gifted me a ticket to Trivium’s livestream ‘Deadmen and Dragons’, and comparing that performance to 2014 cemented in my mind just how far Trivium have come in terms of songwriting craft and confidence. In a year packed with great music – so much that Dream Theater didn’t break my top ten! – Trivium managed to land in first place. What truly strange times we live in. 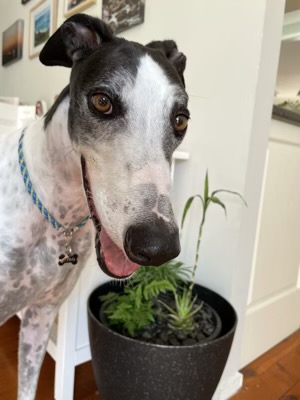 Spyro’s Lick of the Year

Hello humans, Spyro the greyhound here! If there’s one thing I love, it’s licking tasty things – and the tastiest lick this year that wasn’t made from chicken is Be’Lakor – Hidden Window. Just what we needed in a ruff year!

Surprise of the Year

Bullet for my Valentine are not a band I expected to be writing about this year, and their latest self-titled album wasn’t something I expected to listen to more than once, but I am delighted to report: it doesn’t suck! It’s still not a patch on their first two albums, and there’s still some dross in there (‘Bastards’) but it’s their best work in years.

Disappointment of the Year

I thought Iron Maiden’s The Book of Souls was overly long and ponderous but Senjutsu takes it to new levels. There are enjoyable moments, but even those remind me of times when they’ve done it better and more succinctly. I am not sure why everyone else seemed to love it: I’ve never made it beyond ‘Death of the Celts’ without losing interest and listening to something else.