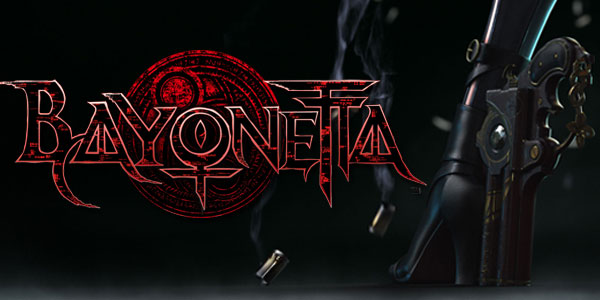 Season of the Witch.

Bayonetta isn’t about subtlety. This is a game that ends with you kicking a god into the Sun. That’s not even a spoiler since the journey that leads to that point is so amazing, so jaw-droppingly bonkers, laying waste to a deity almost seems like a logical conclusion to the madness.

Your initial first impressions of the insane story and stylish action will come as no surprise if you’re familiar with the Devil May Cry series, also developed by Hideki Kamiya. Combat is in the vein of DMC: hacking and slashing hordes of monsters as stylishly as possible for maximum points and the sheer cool of it. Despite the similarities, Bayonetta has a distinct take on the genre through its obscure setting- a supposed battle between heaven and hell- and its eponymous protagonist, who has more cleavage than I’ve got pithy one-liners about games.

When I first played Bayonetta, I was put off by the hyper-eroticism. Our heroine sucks on lollipops as she blasts away the angelic forces, thrusts her pelvis as a taunt and blows off all her clothing when summoning a giant snake avatar that chomps on larger foes. Despite this, it’s not really sexist. Bayonetta uses her sexuality as a weapon, always teasing the other characters and never the exploited. Even if her character design is designed to titillate the fanboys, she is such a badass that she gives the term ‘Girl Power’ new relevance: Lara Croft without the debilitating back pain, if you will. Her moves flow rhythmically from one to another. In no time at all you’re chaining together combos, building up to violent crescendos ending with a crushing stiletto blow summoned from hell. After the first hour of playing, the artificial wall between player and game breaks down- the controller becomes an extension of your consciousness while Bayonetta pirouettes around the screen, laying waste to all in her wake.

The real masterstroke is ‘Witch Time’, where a perfectly timed dodge warps time and allows Bayonetta to brutally assault her opponents in slow motion. Time your dodge correctly and you can smash opponents before they see it coming; miss, and you’ll be a red smear on the floor. The game is really good at pointing out when enemies are about to strike through audio-visual cues that you’ll learn to spot. Another revelation comes when you realize anything can be dodged, including projectile attacks. It never feels unfair. Every hit an enemy lands is a direct consequence of your own ineptitude.

The harder it gets, the more fun it is. While Bayonetta is a fairly challenging game on the default difficulty, once you unlock the harder settings its already high levels of polish gleam with brilliance. The real strength of the underlying mechanics shine through: if you can rise to the challenge, there are few games that are more satisfying. You can of course turn down the difficulty to a simmer rather than a rolling boil, which will have you stringing together moves like a pro in no time.

If your only experience of angels and demons is through a Dan Brown novel, you’ll be in for a shock with Bayonetta’s dramatis personae: floating baby’s heads, flame-breathing armoured wolves, erotic mannequins (that’s not a typo) and my personal favourite, an inverted child’s face with dragons for arms. There’s not a huge amount of variation in the enemies you face, but it’s made up for by the sheer creativity of the ensemble. The story is equally creative: typically bizarre Japanese nonsense that will baffle and infuriate viewers as they struggle to wring any meaning from it. It is however peppered with delicious references to other games, most notably Sega arcade titles Hang-On and Space Harrier as well as Platinum’s previous works like Okami and Madworld. If you didn’t recognise those names, you’ll be as perplexed as the next viewer, but they are subtle enough that you won’t miss out. The great thing about nonsense is that the developers can throw whatever they like at you: combat switches from city streets to the side of the buildings, then through a dimensional portal into an angelic garden in a single level. Without any need for meaningful exposition, you won’t bat an eyelid as Bayonetta conjures a motorcycle out of thin air or rides an angel down a lava flow. The developers must have included every possible amazing action sequence they could come up with, and yet it all works seamlessly; even the now-obligatory vehicle sequences are flawlessly executed. You’ll keep fighting past the final boss and through the credits before starting all over with a new appreciation of the story and nuanced fighting. After forty hours of Bayonetta, as long as I’ve spent in Oblivion, I’d happily play forty more.

Bayonetta is a beautiful, bloody ballet of death that undoubtedly won’t appeal to everyone, but fussy people are no fun anyway. For fans of the genre and those unafraid to try something different, it raises the bar so high that Hayabusa, Kratos and friends will have to move on to early retirement or guest appearances in kart racing games. This is the new queen of beat-em-ups.