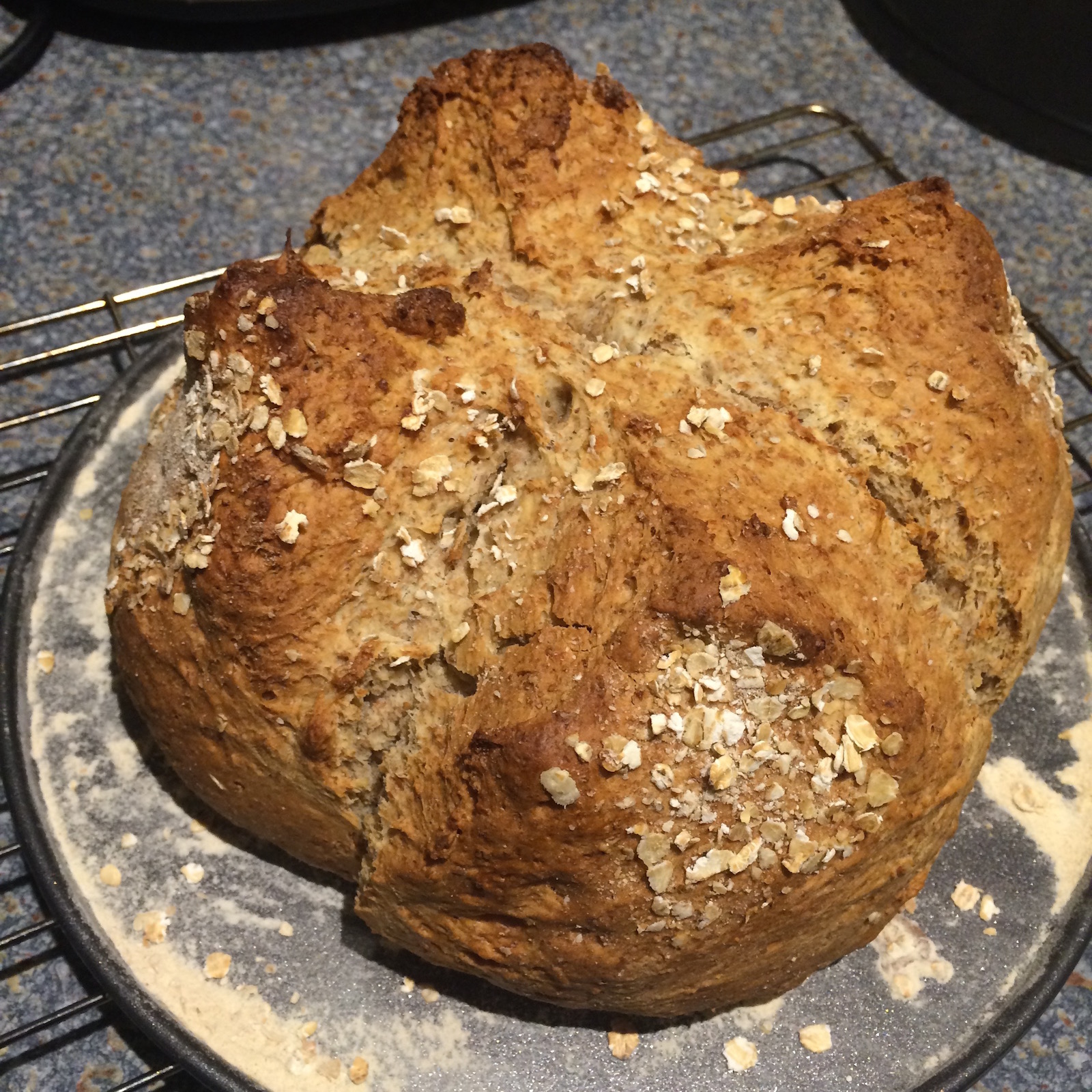 Wheaten bread – ‘Irish soda bread’ for readers outside Norn Iron – has a special place in the pantheon of Irish breads. Soda bread and potato bread are integral to the Ulster Fry; barmbrack and fruit loaf are sweet and sticky teatime companions; Veda is this strange malted loaf lurking in bread bins around the province, begging to be toasted. But wheaten is my favourite: a bread of real character, a centrepiece rather than a side dish, as essential as the soup or cheese next to it. It must be nutty and flavoursome to hold its own against the tangy cheddar, moist enough to linger in the mouth without sticking to it. Wheaten bread has a presence. Eating it should be a respectful ritual.

My housemate bought a loaf of Paul Rankin supermarket wheaten to accompany soup, but it was offensively bad: a dry, bland substitute for the taste of home. The Rankin bread wasn’t just a rank loaf: it was baking blasphemy. So I searched for a recipe: real wheaten, not some adulterated American junk filled in seeds, honey and god knows what else. Some recipes benefit from innovation, but others call for tradition.

I weighed the dry ingredients into a bowl, rubbing butter into them until they resembled fine breadcrumbs. After adding buttermilk, I kneaded the dough on the kitchen counter, driving my knuckles into it. It was relaxing, almost meditative. Once it felt consistently strong and sticky, I shaped it into a round and dropped it into a floured cake tin, slashing a cross into the top to form the four farls, sprinkling with rolled oats.

After waiting for half an hour in nostril-teasing agony, the bread was ready. It lasted five minutes cooling, both of us on different racks of a sort. I cracked into it with a knife, cut the loaf clean in two between the farls that were now small peaks of crust, and watched the steam drift out for a little while. It was beautifully moist inside, dense and perfect. It took me back to the wheaten from afternoon tea in my granny’s sitting room, piled high on a tray, spread thick with butter and jam.

Butter couldn’t wait to slide off the knife and soak into the bread, followed by a thin layer of jam – anything beyond that would have been sacrilegious, would have spoiled the sanctity of the culinary pilgrimage.

I enjoyed my daily bread for the rest of the week; the trespasses of the supermarket loaf were forgiven.