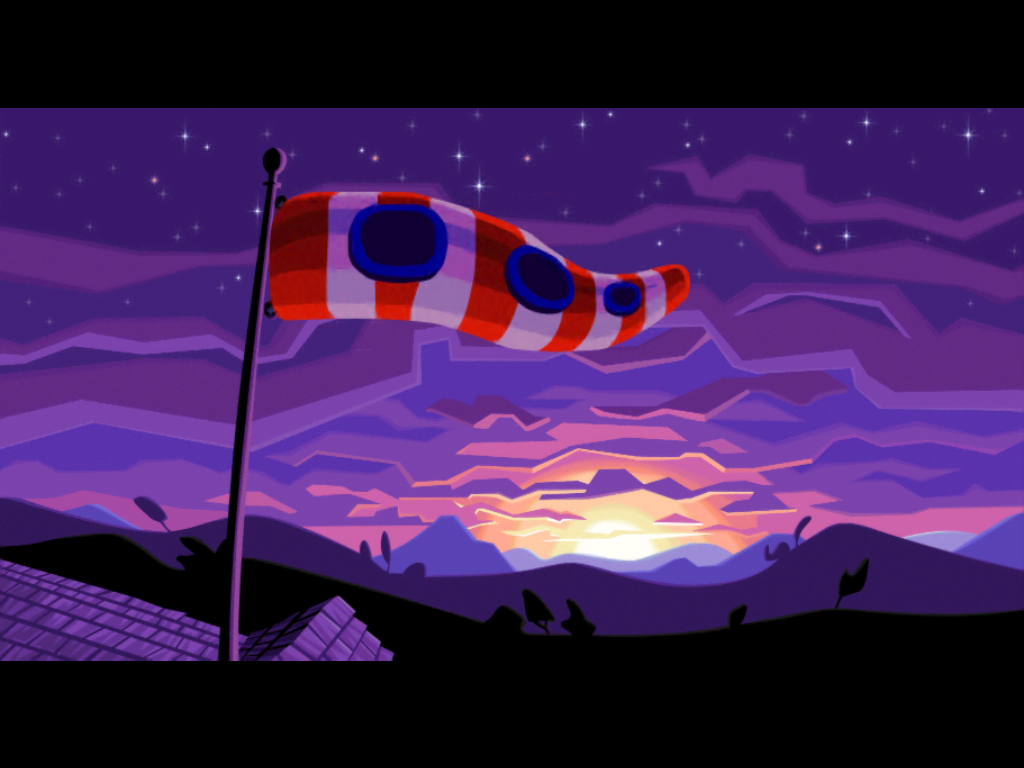 Day of the Tentacle Remastered (iOS)


Day of the Tentacle is one of the iconic LucasArts adventure games. Famous for its wit and inventive puzzles, it is the 1993 sequel to the 1987 game Maniac Mansion. Bernard, Hoagie, and Laverne are fighting against the evil Purple Tentacle who is trying to take over the world. Swapping between the trio who are each trapped in a different period of history, I solved puzzles that (sometimes) made use of time travel.

I vaguely remember one puzzle where I had to hide a bottle of wine in the past in order to retrieve it in the future when it had become a bottle of vinegar. I don’t remember why I needed a bottle of vinegar. I do remember using a walkthrough for a lot of Day of the Tentacle‘s puzzles. The puzzles weren’t as brain-numbingly bad as in Broken Age‘s second act, but oh lordy, they had me brute-forcing my way ahead before I bookmarked a walkthrough in order to enjoy the jokes and story. But oh lordy again, I did not find Day of the Tentacle funny. It took great silly strides toward funny but fell face first into ‘wacky’, my least favourite flavour of comedy.

Perhaps for the time, the Remaster magic failed to dazzle. The crisp, HD-painted characters and backgrounds result in a smooth, flat ugliness that doesn’t do any service to the original’s pixelated art.

I don’t have anything else to say. Day of the Tentacle did nothing for me. It has earned its place as one of the worst adventure games I’ve played.