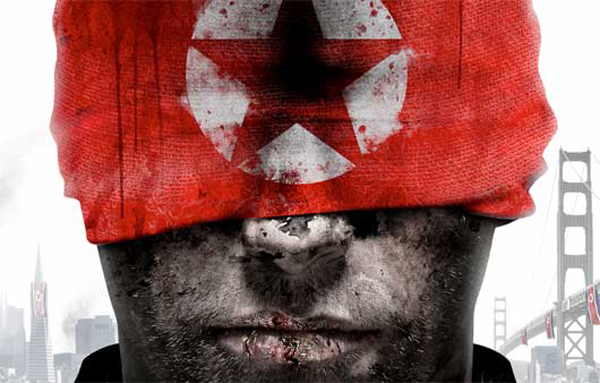 We suggest some improvements.

I didn’t play Homefront. That’s because it looked awful, received terrible reviews, was derivative rubbish and the ‘front’ wasn’t even my home. It’s been announced that Crytek UK (developers of the overrated Timesplitters series and the awful Haze) have been charged with developing a sequel. OXM have helpfully suggested some changes Crytek can make to the franchise: lest we be accused of negativity, we’re here to help too! Here are four ways that Crytek can improve the series and make it into a world-beating franchise. I just couldn’t squeeze a fifth out of my brain.

It’s all well and good being a soldier: the smell of cordite in the air, the rush of blood to the head, the gush of blood from an enemy torso. But the problem is that those soldiers are just so darned… vulnerable.

I don’t want to be just another grunt on the battlefield. I want to bite a tank’s nose off for having the audacity to fire at me, the shells bouncing off like withered leaves. I want to pick up a building with my augmented super strength and chop an aircraft carrier in two with it. I want recharging energy shields when I’m crouching behind cover. Cover made from corpses.

How many innocent/ conscripted humans have to die before we see the truth? Humanity has waged war with itself for centuries, ignorant of the real threat to the future of civilization: space aliens. Long dormant space aliens who burst forth from the marrow of the Earth, blowing some stuff up and freezing some other stuff (as is their whim).

The great thing about including aliens in a computer game is that you can make them much tougher than human enemies, since no-one knows how many shotgun blasts it would take to kill an alien in real life. Also, without knowledge of alien psychology we can safely assume they’d have serious difficulty climbing up ladders and would probably be stumped by an invisible wall disguised as a hedge.

Why attack the whole home front when you can focus on the best part of it: New York City! Dart between the ruined skyscrapers, avoiding the falling rubble and dangerous 911 references. Include lots of indoor sequences for when the level designer was on holiday and an intern stepped in to fill their spot.

I’ve thought of a great boss encounter: a super soldier (your armour was cloned, unbeknownst to you, three levels previous) beheads the Statue of Liberty and tries to crush you with it. You win by impaling him on the torch before the scene cuts to an American flag, preferably in flames, to increase the adrenaline of the target audience.

For too long, game developers have limited themselves to a linear stream of time. We gamers have seen it all: we’ve kicked God into the Sun in Bayonetta, we’ve kicked an alien’s eye through a goalpost in Duke Nukem 3D, we’ve kicked a football past Bowser and won the world cup. The last one was somewhat anticlimatic, but what I’m trying to say is that there’s been a lot of kicking.

Imagine a game where one moment, you’re shooting a bazooka at an alien in Manhattan and the next you’re throwing a sharpened stick at Homo erectus. Grenades turn to lumps of clay and your tank is replaced by a stone battering ram with Fred Flindstone riding shotgun (although he would not recognise that term). The next minute, you take the wrong portal into a barren Earth thousands of years into the future and slowly asphyxiate.

Do you have  suggestions that would improve Homefront 2? Leave them in the comments!