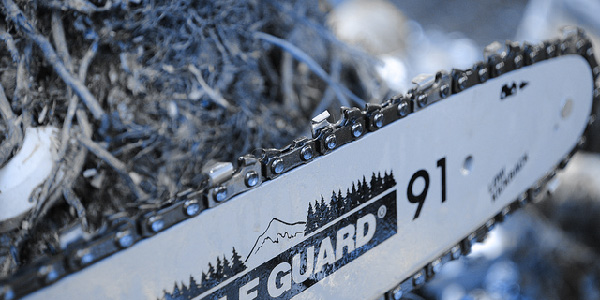 And for the remaining readers who are not satisfied with a review distilled down to two words I’ll expand that thought. Later I’ll talk about tits.

Killer 7, No More Heroes and Shadow of the Damned: the great Suda51 is known to all for making imaginative cult games. Even people like me who have never played a Grasshopper Manufacture game know the signature style.

Even I can tell Lollipop Chainsaw is poor Suda product.

Cult, imaginative and weird when done poorly becomes zany, whacky or kooky- all synonyms for “cute but pointless”. Lollipop tries to be imaginative in incredibly mundane ways. It wants so badly to be “out there” but ends up very much “in here” with the same presets from every videogame playing it safe.

Juliet Starling is a cheerleading, zombie hunter with a decapitated boyfriend leashed to her belt who fights the zombified working class and occasional music-themed boss zombies in a world overrun by zombies, mundane combat and garbage minigames.

Zombies remain the go-to trope for the uninspired.

Interestingly, the zombified cops, teachers, football players and farmers spout hackneyed lines about their trade just like the dark shadow equivalents in Alan Wake. In Wake this plays on Alan’s creative writing block.

What locations should we visit?

How can we inject personality into our boss zombies?

Let’s base them on music genres. No, wait, let’s just do rock genres.

Oh so is this going to be another love letter to rock like in Brütal Legend where the source material is used in such witty and imaginative ways it brings joy to the knowledgeable fan as well as to the newcom—:

No, no, no. The Punk zombie says punk things. It’s funny because.

There are few genuine laughs to be found with the rare exceptions coming from our lead double-act. The banter between Juliet and poor boyfriend Nick is the best thing on offer:

Juliet: “Oh, Nick, I love getting to know you.”

Such exchanges are sadly incidental to every other lame character that swaggers up, grabs the mic then promptly bombs with bland humour artificially sweetened with contemporary references to Facebook and the like. The fact I say “contemporary” and not “cool” proves this game is not cool.

The central character is great but the world is boring. As it stands it’s like having Willy Wonka take you on a tour of a flour factory. ‘Splosion Man was a similarly terrific character inhabiting a generic world but at least it served to create a mad scientist assault course of challenging platforming.

The hack ‘n’ slash combat in Lollipop is entirely trash ‘n’ mash. Hordes of trash zombies swarm and you hit X until they go away. You gain currency, you buy more moves, which largely means you can press X another time and that’s about it. There is no chaining together of combos or diversity in the combat. It’s purely entry-level fighting punctuated by uncoordinated Quickened Timed Events and impossibly bad minigames.

As an apology to Alan for mentioning his cherished Bayonetta in the same sentence as Lollipop Chainsaw I recommend his review. Read it in the knowledge that Bayonetta is everything weird and wonderful that Lollipop is not.

Now let’s talk about the tits.

There’s nothing wrong with titillation for titillation’s sake. Lollipop has been unfairly slammed by many for its perhaps foolish decision to create a purposefully arousing title in a marketplace oversaturated with teenage fantasies.

The reality is that Lollipop flirts with the imagery of sex but has no real sexual content. It’s rife with the sort of filth that kids say at school before they’ve spotted their first boob in the wild. It’s innocuous in its lewdness.

So don’t be upset with Lollipop Chainsaw for that. Instead I’d urge others to fight the good fight for female equality by doing the following:

Or rather watch The Big Bang Theory. Recurring female characters are classed in two categories:

Regardless of their other attributes, and almost without fail, the objectification is there for the majority of female characters with a speaking role.

I guess I don’t get why anyone would be upset with Lollipop Chainsaw puerility when more popular perversions go unchallenged. People won’t remember Lollipop in a few years anyway which is no loss really.