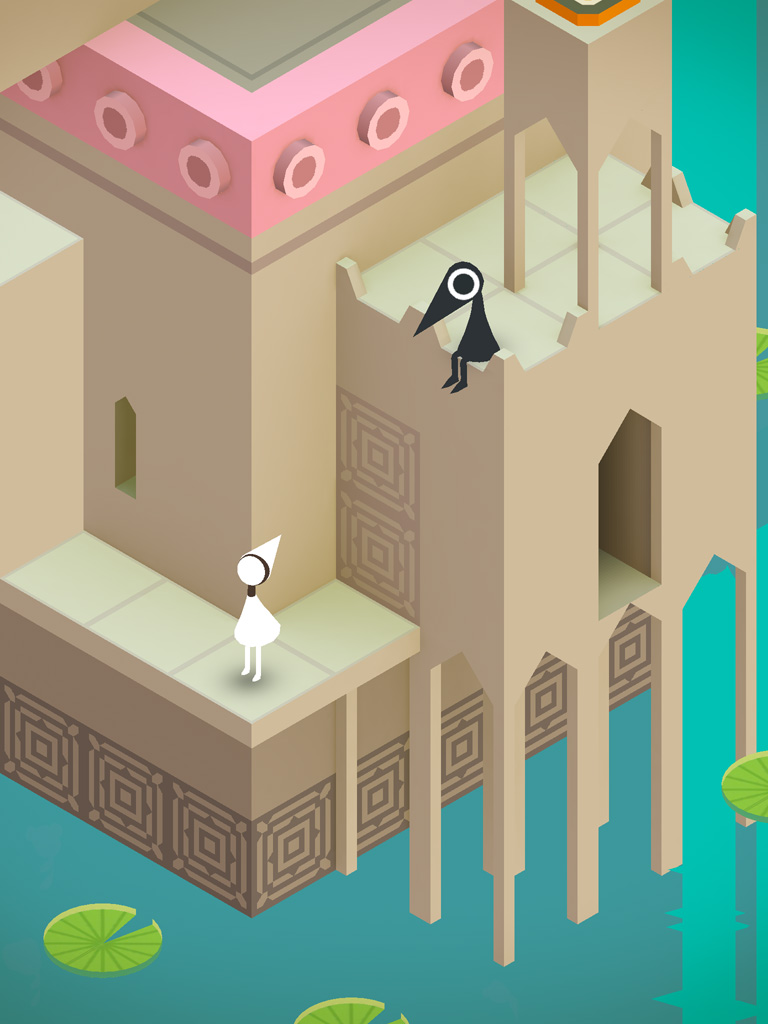 What should a mobile game be? Armed with a tablet containing more horsepower than an Xbox 360, a dedicated controller and a long train ride, you’ll still never play the same BioShock that I played in front of a giant TV, on my inflatable chair shaped like Genie from Aladdin, with a six pack of Carlsberg. (Perhaps no one should play BioShock that way.) Mobile games should be unique, not poor imitations of big screen experiences. This is part of the reason why the PSVita hasn’t taken off: it has all that power, and nothing to hit with it. Tearaway is the perfect Vita game because it makes the most of the platform; Killzone Mercenary is a decent game, but it pales in comparison to the spectacle of its console big brothers.

Tablet games excel in breaking down the barriers to interaction. The worst are those that superimpose a virtual controller on-screen – the console ports and the wannabes, lacking tactility and responsiveness – but the best allow us to directly affect the world through pokes and prods. The large surface of a tablet provides a giant window into another world, where a mobile phone offers a mere porthole.

Monument Valley truly is another world, and it’s an impossible one too. It is formed of Escher-esque impossible objects that warp as your manipulate them with your fingers, warping your mind at the same time. As you twist objects, the isometric perspective allows for new paths and shapes to form. Fez did a similar thing with perspective shifting, but the similarities begin and end there. Where Fez delighted in the obtuse – codes etched in walls, secrets locked to all but the best-trained eye – Monument Valley has no time for that. It reveals its secrets with a mere poke and responds to the right movements with a reassuring chime. It looks impossible in a screenshot and makes immediate sense as soon as you touch it.

It wants to be appreciated, and it’s easy to appreciate. Every stage is so beautiful you could hang it on a wall. After you complete a puzzle, there’s time to pan into the environments and take screenshots complete with Instagram filters. The plot is predictably loose and open to interpretation: the developers describe it as “a song”, and that sounds about right. You guide a girl on an unknown quest, hindered by meandering crows, encountering the ghosts of a lost civilization and befriending a surprisingly loveable totem pole along the way. Monument Valley certainly doesn’t outstay its welcome and can be finished in an hour, but that brevity prevents the game from growing repetitive. The early stages are short and simple, but they become more intricate – although never frustrating – as you go further down the metaphorical set of Penrose stairs.

The simplicity means it’s difficult to get stuck, but don’t confuse the ability to hunt and poke for the ‘pixel-hunting’ days of old adventure games: it’s possibilities that are uncovered rather than outright solutions, and the satisfaction comes not from figuring out what to move, but how to move it. You’re also fighting your brain’s attempts to make sense of these two-dimensional illusions in a three-dimensional space. It’s stimulating rather than demanding.

A couple of weeks ago, I was on a train to collect my brother from Birmingham Airport. The train was twenty minutes late and his flight was on time. We only had a few minutes to get the train back to Oxford (such is the experience of the British rail network when you want a cheap ticket). I could have got stressed, but instead, I played Monument Valley for the first time. It was like walking through a gallery rather than ‘beating’ a videogame. It was just what I needed. The train arrived just in time, of course.

Mobile games are often designed for short bursts of repetition: Super Hexagon and Ridiculous Fishing are great examples of this, and that is a great use of the platform. But Monument Valley shows the potential for the mobile game as something to be savoured only once, ironically closer to the experience of cinema than Hollywood-apeing console games. While others may begrudge a lack of replay value or challenge, I am happy to just ignore my train and enjoy the ride.