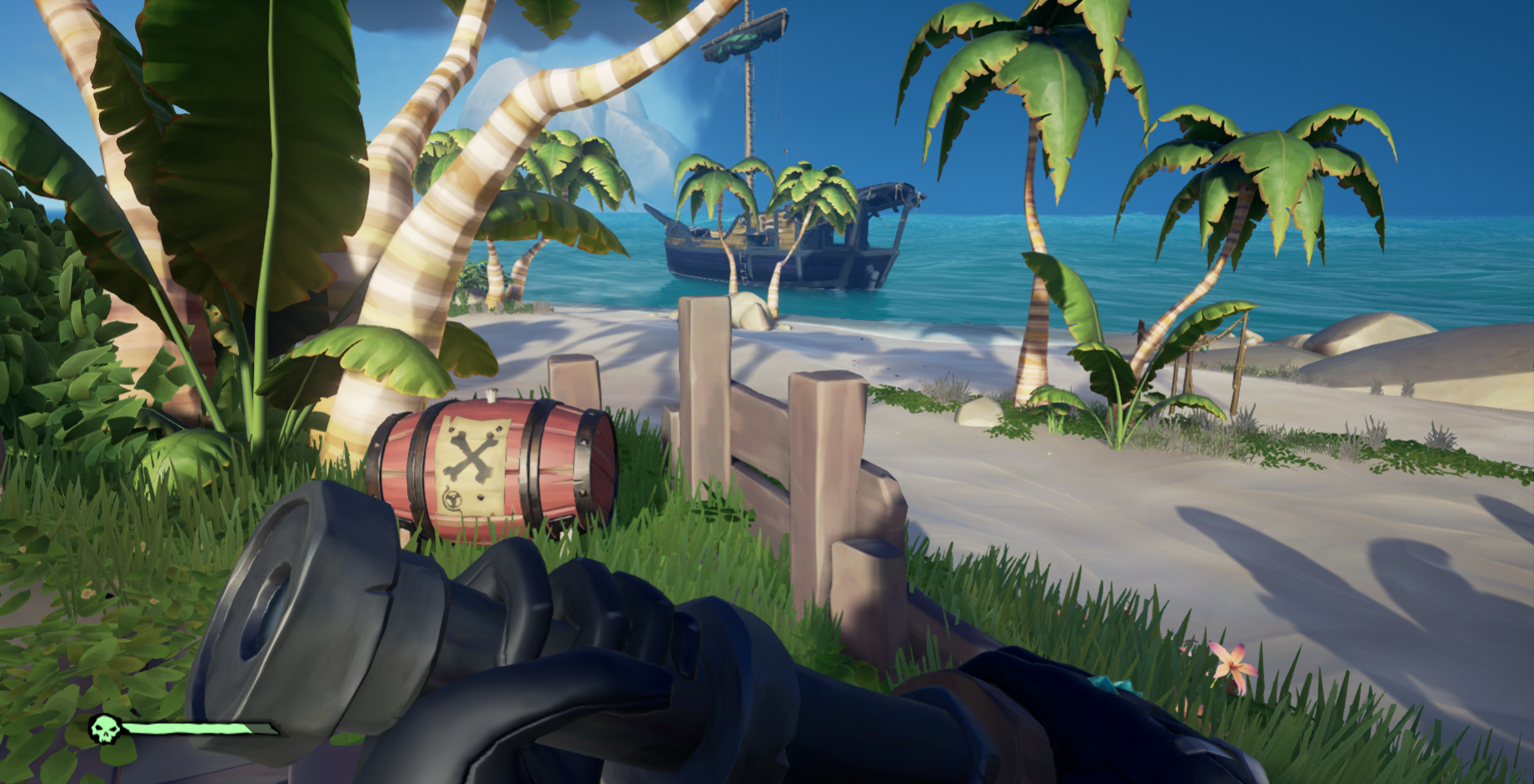 We are professional pirates!

I’m still having a lot of fun with Sea of Thieves. I almost wrote about how the new content has kept the game fresh but frankly for me it never went stale. The fact I play multiplayer games more sporadically than I used to means I’m not burning through content at a pace the developer can’t keep up with.

More than that though is the fact my enjoyment of the game comes from all the moments shared with your fellow pirates. In my previous video-laden post about Sea of Thieves I ended with the GDC talk from one of the game’s developers. They started development with one mission statement: Group Shared Narrative. They have achieved that goal so thoroughly and so frequently that I have fun every time I set sail.

Below are two more long videos,with plenty of timestamps, and one short video that highlight these Group Share Narrative moment i.e. me having fun with friends.