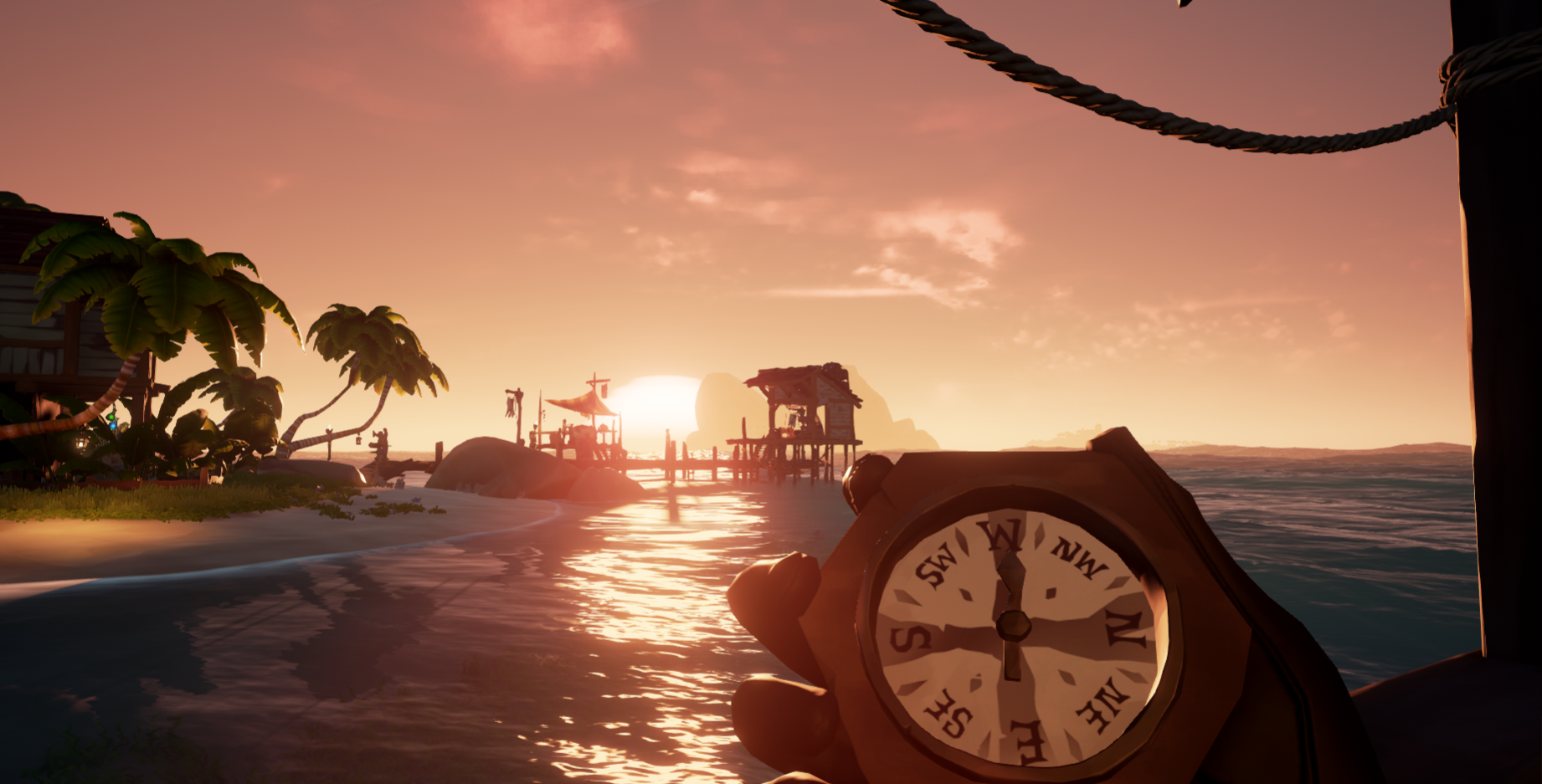 When I wrote about Vermintide II I really wrote about Left4Dead and how the battling against hordes of zombies with friends remains the high water mark against which all cooperative multiplayers are measured. Those times meant so much to me that I discovered I had squirrelled away the following screenshot of Rick, Alan and I playing Left4Dead.

The other main point I made about Vermintide II was what I felt the game was artificially lengthened by locking game mechanics (character skills) behind leveling systems. Play more to unlock more of the game that you are trying to enjoy. I’m not finished with Vermintide II but I haven’t been aching to go swing axes through swarms of rat-people. What I am aching for is to raise anchor and cut through the Greatest Waves and Ocean Effects Ever CreatedTM.

I’ve been having a great time playing Sea of Thieves mainly with my friend, Dave. This post is more of a video diary of those hijinks rather than a comprehensive review. I will say this though: many of the reviews at the game’s launch commended the base game but criticised the lack of variety. I agreed with this. Now that we are a few months on from release, developer Rare are making true on their promise of releasing more content for free which is broadening the basic pirate quests. For me I loved the experience of playing Sea of Thieves the moment we set sail and the following videos capture why: it’s fantastic fun to play with friends.

The Greatest Waves and Ocean Effects Ever Created TM

The water effects are seriously impressive. Whether it’s glowing from golden sunrises, reflecting the dark storms or the glistening a pure, crystal blue the ocean waves are truly breath-taking.

It’s not called Sea of Friends

Screwing around with other players isn’t griefing because we are all pirates. I’m smiling ear to ear right now remembering the time we pinched another player’s booty. I edited both dave and my recordings together here for twice the antics:

Seriously it’s so much fun to mess with other players. Here we come across a vacant ship, its crew having set out on a treasure hunt. We take advantage of the situation with explosive consequences:

Arrrr, It Be Music To My Ears

You can play instruments and sea shanties. Here we play an ode to Tay Tay for a truly grim pirate’s send off:

Sail Away With Me

Dave and I try to sneak aboard a ship. Dave makes it. I do not. We must adapt:

Sharks. I forgot about the Sharks.

Another attempt at hijacking another player’s ship ends unexpectedly. Not for you though. You already know it ends with sharks:

The Perils of Your Local Bank

When you dig up treasure chests you must return them to a Gold Hoarder in order to claim your booty. If you die on the way then your treasure is lost. There’s a great risk/reward between loading up on treasure chests but risking getting sunk or caught by other pirates. The grief we’ve caused other players is acceptable because in these moments we too are exposed and susceptible to being plundered:

You can get drunk, y’all.

Many, Many Adventures. Much, Much Fun.

I thoroughly enjoy Sea of Thieves. If you head over to this YouTube playlist you can see our other adventures. The final video from this playlist is a typical session of reading maps, fighting skeletons and digging up gold. Now I say goodb– Avast mateys, arrrrrrrrrrrr ye didn’t think I’d be blogging a tale like this without a little pirate speak, did ya, landlubber? Now batten down the hatches and let’s set sail for treasure!:

Shiver Me Timbers! A Giant Gallery Of Screenshots!

The Science Behind the Pirates

As a final piece of treasure, I *highly* recommend you watch this video of Rare’s Art Director discussing the visual development of Sea of Thieves. I find these creative reflections really interesting from a project management/technical perspective and an artistic perspective.