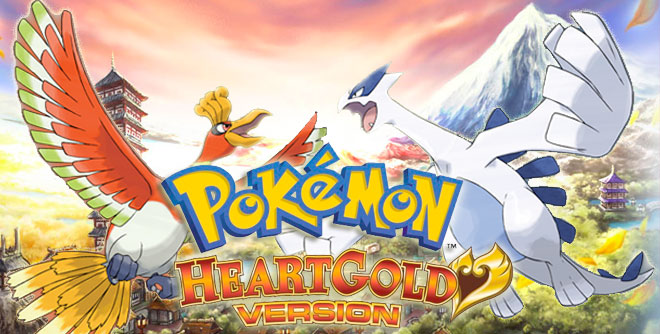 Let me show you them… I mean, Gotta Catch Em All!

In case you’re unfamiliar with Pokémon, allow me to explain the basics. The object is to enslave as many sentient animals as possible by binding their souls to spherical prisons, releasing them to battle other slaves until they collapse from exhaustion. This is a national sport, by the way, a bit like if everyone kept a hamster in their pocket and forced them to fight other hamsters for money. Your ultimate goal is to capture every one of every species in the land- the more critically endangered, the better.

Pokémon isn’t just a game, or even a cultural phenomenon. With a massive following and so much nonsensical lore to absorb, it’s practically a religion. I made my pilgrimage to the Pokémon Centre in Tokyo last summer and judging by the children queuing to have their picture taken, swapping cards, battling and buying Pokémon curry- no, really- it’s not going away anytime soon. Despite the endless flood of manga, cute cuddly toys (I have a Piplup, thanks for asking!) trading cards and lunchboxes, it’s easy to forget that Pokémon is actually a very deep role-playing game.

Heartgold and Soulsilver are remakes of the Game Boy classics Gold and Silver, arguably the best Pokémon games ever released. These didn’t stray far from the formula that made Red and Blue so wildly successful while adding like day-night cycles (with nocturnal Pokémon), Dark-types to balance out the overpowered Psychics, and the setting of Johto. Johto is the main reason why Gold and Silver are held in high regard: it’s a fantastic place to visit with radically different towns and challenges, plenty of remote nooks to explore and less to get lost in than Kanto. If you prefer Kanto you can travel there after you finish the main quest, making the game twice as long as Red. The last games in the series, Diamond and Pearl, felt sluggish, unimaginative and tired. Endless rubbish Pokémon you’ll never use, pointless beauty contests and obscure berry bake-offs converged to alienate all but the most dedicated player. Luckily you don’t need to bother with any of that nonsense, since Pokémon games follow the same basic pattern every time. In Heartgold you must travel to eight gyms around Johto, defeating their leaders with your trained team of six Pokes. Despite being alleged Pokémon experts, the gym leaders tend to pick one theme for their team: for example, a team of Fire types begging to be hosed down by your Squirtle. So you coast along for the majority of the game, catching new Pokes and collecting your gym badges, stopping along the way to thwart another one of Team Rocket’s hair-brained schemes. Eventually you reach the Elite Four at the end of the game, who are absolute bastards and will force you onto the Internet in search of tactics.

It’s not even a game for kids, really. It’s merciless. Mastering Pokémon requires a detailed knowledge of their elemental types, moves and requires strategy far beyond most role-playing games. It’s not enough to grind away, Final Fantasy style, until your beasts are so powerful that they crush everything in their path. If you don’t have the right set of moves, you’ll be sent back to the Poké Centre to nurse your wounds in no time. The key is to train a balanced and unpredictable team who have a versatile range of moves for every situation. It’s no easy task! Either that, or I’m really terrible at playing a simple child’s game. I’ll assume it’s the former.

Pokémon has followed the same predictable pattern for years now. Regions have changed, the creatures have got steadily less imaginative (like Probopass, three noses stuck to a rock), but the core game remains largely the same. The DS touch screen has brought refinement to the controls, allowing for more fluid battling and easier navigation of your Pokédex. Given the one-on-one nature of Pokémon battles, the two screens make a lot of sense here in a way that they didn’t for the remake of Chrono Trigger. However, managing large numbers of Pokes remains fiddly and you’ll have to juggle them between ‘boxes’ that can store a limited number at a time. We’ve still a while to go before we can rid ourselves of the shackles of the old Game Boy menus, but Heartgold is a big leap forward for usability that Diamond arguably should have been. Online modes include a substantial trading service and Internet battles (with all of the cheating that entails) but it’s still at its best when battling and trading in person. In spite of its intrinsic repetitiveness, Pokémon remains a seriously addictive game. Rather than feeling like reheated leftovers, it’s as fresh as ever: Johto provides a strong lineup of Pokes to catch, interesting characters and a story that won’t enthral you, but won’t bore either. It’s the perfect handheld role-playing game because it’s excellent at pointing you in the right direction without being overbearing, slowly unravelling new locations to visit and providing moves to encourage backtracking. Old trainers you’ve battled will call you up for a rematch, which is a great alternative to running around in the grass for hours to build your team’s strength.

The other alternative is the Pokéwalker, a glorified pedometer that comes bundled with the game. You can transfer a Poke into it, then surreptitiously stash it in your pocket and take it to work (don’t show the Pokéwalker to your colleagues, they will not understand). When you get home, your Pokémon gains a level and you gain some time not spent grinding. Of course, it’s just an excuse to play the game more and not a concerted effort to remove an obese child’s second chin, but it’s a clever idea that ensures you’re only ever ten minutes walk away from making progress with the game.

If you’ve never played a Pokémon game before, or haven’t played since the Game Boy days, Heartgold is either the perfect introduction or an old friend that has matured but kept their spark. The series has never felt more vital, fully developed or intricately crafted. While recent entries have over-egged the Poképudding, this is a charming and compelling return to form that players of any age can enjoy.

Editor’s Note: Alan played Pokémon Heartgold; Soulsilver differs in the Pokémon that can be collected but otherwise it’s the same game.