It’s 2016! Where’s my flying car? 2015 was a great year for me: I achieved a lot of personal and professional goals. Unfortunately none of those were part of my New Year’s resolutions. Time for a post-mortem… 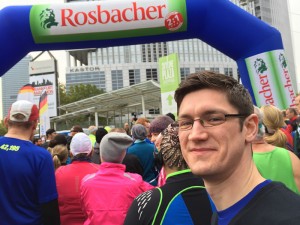 1. Run a marathon in under four hours

I entered the Frankfurt marathon in March and started formally training in July, after running consistently well throughout the year (including an outrageous one in 33ºC heat in the summer). The training was tough – four runs a week including some particularly rough speed training – but I kept up with it until September, when I developed a pain on the inside of my right foot. I took a week off to let it heal, then ran 29km on my birthday, one kilometre for every year.

I finished the run, but developed tendinitis in my right ankle (i.e. it was absolutely fucked). I received physiotherapy in the hope of being ready for Frankfurt, but after missing a month of training it wasn’t safe to continue. Instead, I ran 5k the day before the marathon and received a medal shaped like a pretzel. Not much of a consolation prize, but I’ll take it.

What went wrong? I am tempted to say ‘bad luck’, and that’s probably true, but I could have trained better and smarter. Still, I am proud of my work – August was peak running at 225km, almost twenty hours of running, and over 16,000 calories burned. 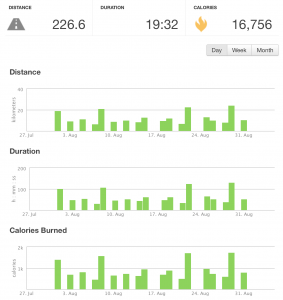 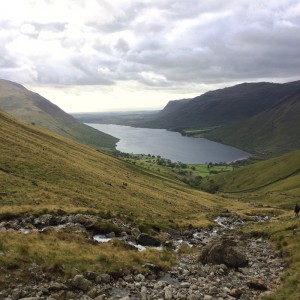 This was a logistical nightmare. I had a few friends who would have liked to do this with me, but finding a time when we were all free was nigh-impossible. Aside from the problem of availability, there were other issues:  the aforementioned marathon training plan, lack of a car to drive to remote areas, life getting in the way. I thought this would be a reasonable goal stretched out over a year, but it was wildly unrealistic.

Robbie (Five out of Ten’s copy editor) and I attempted Scafell Pike in September, but the weather was terrible and we weren’t able to reach the summit. Beautiful scenery, though! 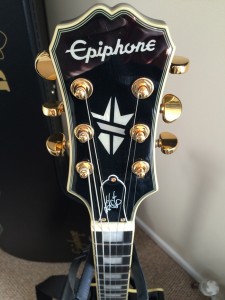 3. Learn to play the guitar

“I reckon if I put aside fifteen minutes every day, I can get the hang of it in a few months.”

I didn’t put aside the time and never got the hang of it. This is one resolution where I had the time, but not enough determination, and that’s taught me a valuable lesson with resolutions: there must be a constant, daily yearning to succeed at these challenges, not just a nebulous feeling of wanting to be a rock star every time I walk past my guitar (sadly the lovely Björn Gelotte custom Epiphone guitar in the picture is my brother’s, not mine). No excuses for this one – I clearly didn’t care enough.

On the bright side, Lewis Clark and I started recording the metal podcast Cast Iron this year, so my services to rock were still significant. 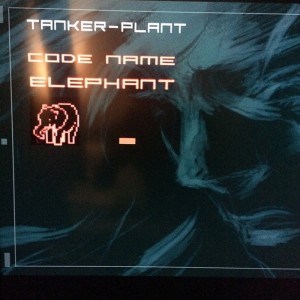 There is no practical reason for me to learn a programming language. Any game ideas floating around my head could never be fully realised (let’s call it ‘Naive Kickstarter syndrome’) and since I’ve moved away from the world of tech support, I have no need for Mac automation besides Hazel and the odd Bash script. So what’s the motivation to learn to code besides saying you can code? I might as well learn Russian. This was a daft resolution to make.

In my defence, I signed up for Lynda.com: I’ve completed a course in Excel 2016 and will be working through their advanced InDesign and Illustrator courses this year. Those are skills I use every day, so it’s a much better use of my time. 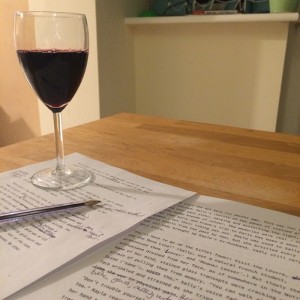 I made good progress on this. I joined the Oxford Writer’s Circle and wrote a few short stories, at least one of which is publishable. I finished the first chapter of a novel and finally figured out the outline of another, and that doesn’t seem like a huge amount of progress, but it was a big deal for me. Think of it as sharpening the instruments in the mental toolbox before getting to work.

That’s the difference between the guitar / coding resolutions and writing: I feel driven to write, and that drive makes the work so much easier and satisfying. I prefer a “done when it’s done” approach to my creative writing, so this is an unofficial bonus goal for 2016 as well.

Credit Where It’s Due

Contrary to the above resolution failures, I didn’t spend 2015 lazing around the house and scratching myself. Not the whole time, anyway.

After the 2015 resolution débâcle, I wanted goals that I felt driven to complete rather than ones that were “nice to have”. If my girlfriend teaches me how to play the guitar, that’s great, but I would rather that happen organically rather than in a regimented way. So with that in mind, these resolutions may seem unambitious, but I won’t be writing a blog of apologies and excuses this time next year. Probably.

The good news is that my foot injury has healed and I ran my second annual Christmas Day 10k in 2015. I’m hoping to enter the Brighton Marathon in April on a charity placement, which gives me four months to train. To avoid repeating the same mistakes as 2015, I’ll be going to regular core strength training classes and hopefully joining the local road running group in Oxford.

I can run a half marathon without any significant pain or exhaustion, but after a few lengths in the pool I feel like my heart is going to explode. I’ve never been a competent swimmer, and I hate getting out of my depth in water. So when I talk about “learning to swim”, I mean attending lessons to improve my confidence and technique so that when friends suggest going paddle boarding on holiday, I don’t have to settle for a paddle instead. The swimming will also improve my fitness for running, so it’s win-win.

Dating an Australian has developed my love of Vegemite and Tim Tams, but it has also highlighted the wealth of culture and experiences on my doorstep. I think British people take our close proximity to Europe for granted: there’s so much to see and enjoy beyond the usual tourist resorts.

Berlin in February doesn’t count as a new country – thanks for nothing, Frankfurt! – but a day trip to Cardiff would. Aside from that there are loads of places to visit in Europe and perhaps even further afield. Travel blogging is fun, too!