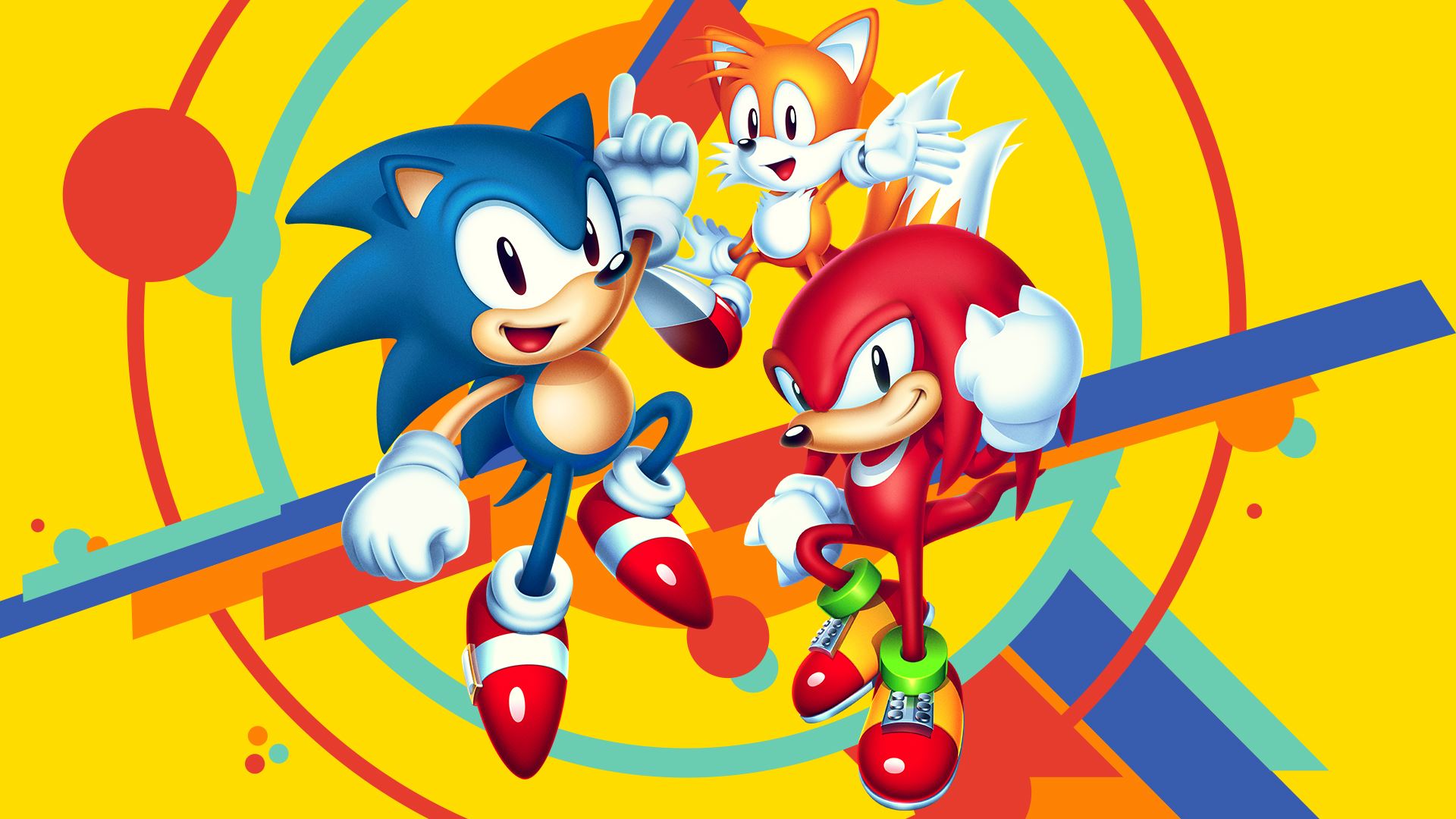 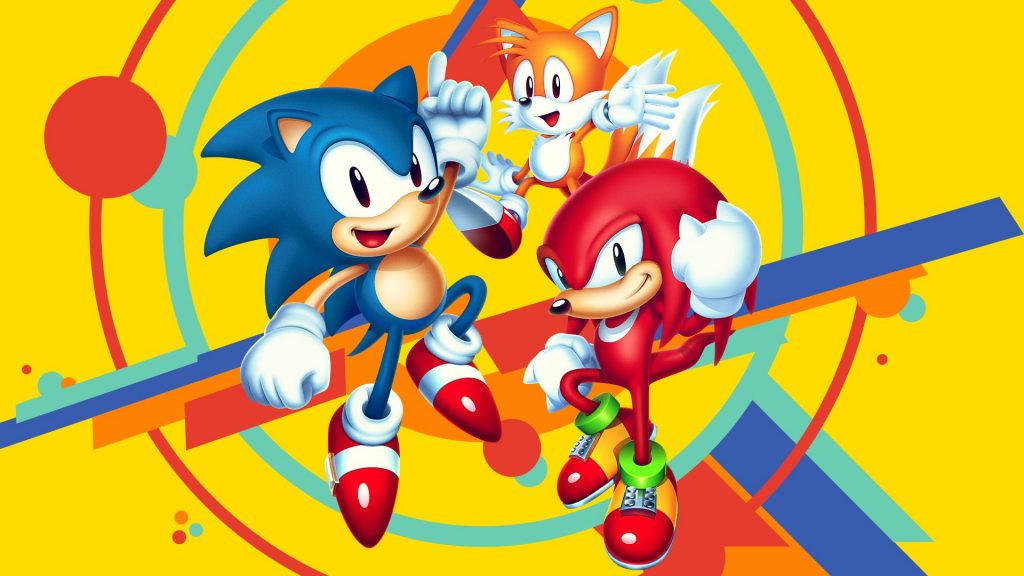 While I’ll never forget the way you were and how much you meant to me, I can’t forgive what you have become.

That’s how I signed off my letter to you in 2009, and I think we can both agree it was for the best. What kind of a friend would I have been if I’d sat back and watched you destroy yourself?

So we went our separate ways — although one could argue I never got over it — but last year I was delighted to hear that you’d met a new partner and turned your life around.

Lipstick on a bandicoot

Time is cruel to memories forged by cutting-edge technology. Your favourite book fades over time, but the power of the ideas remains undiluted. Your favourite music refines with age as you replace cheap iPod earbuds with over-ear headphones, uncovering hidden nuances in the composition. But videogames… showing your childhood favourites to people your own age is downright embarrassing. I’m in my thirties now and, if I ever decide to trade in my responsibility-lite lifestyle for childrearing, showing them Sonic the Hedgehog will be like a Victorian time-traveler trying to mesmerise today’s youth with a hoop and stick.

The games industry has been dining out on nostalgia for years now, but I think it’s largely been a failure. Selling a Raspberry Pi filled with old ROMs is a cheap cash grab, but at least Nintendo have the intellectual honesty to sell their overpriced kit as-is: your childhood, pixelated warts and all1. Other publishers aren’t so honest. Witness the Crash Bandicoot N-Sane Trilogy or the Spyro the Dragon: <Subtitle Goes Here> Collection, old PlayStation games with a gloss of high-definition paint.

I gave Crash a bash recently. I’m not n-sane enough to shell out for the PS4 version, so I played the original games via a PSP. And… they’re alright! They’re primitive platform games with some seriously clever programming, fun for roughly 15 minutes a piece. Then you get the feeling Naughty Dog padded them with extreme precision platforming that only an eight-year-old has the patience to withstand. And that’s fine! It was 1996!

When you’re playing any old game, you can tolerate a somewhat unrefined experience. The chunky polygons and juddering textures tell your brain to dial back its critical faculties and appreciate the game in yesterday’s terms. Yet when you spruce up of Crash Bandicoot without improving the ropier design aspects, your brain can’t help but judge it by the standards of today. It makes newcomers wonder what the fuss is about — and might even gaslight old fans into doubting their own memories.

Eventually, you’ll run out of old Crash Bandicoot games to remaster. Then you’re left with no new ideas and no new fans. Perhaps the games industry isn’t “dining out on nostalgia” so much as serving up stale leftovers sprinkled with high-definition parsley.

Videogames aren’t the only medium to shit all over their own history. George Lucas is infamously good at it. My introduction to Star Wars was the 1999 ‘Special’ Edition on good old VHS, which replaces most of the original movie’s practical effects with CG, amongst other crimes. I’ve always liked Star Wars, but I never really loved it until I watched the fantastic ‘Despecialized’ Editions a few years ago.

These fan-made labours of love reconstruct the original cinematic versions by splicing together historic sources in a process that might as well be magic. The results are magical too: I’ve never been as excited watching the original Star Wars, which isn’t even dubbed ‘A New Hope’ in this edition. Instead of watching for the story, you’re watching for the awe-inspiring cinematic craft. Instead of wondering what happens next, you’re wondering “how did they do that in 1977?”

You can’t chase after the relentless march of technology. Today’s state-of-the-art will be yesterday’s news, but today’s art will be art forever. Crash Bandicoot: N-Sane Trilogy feels ancient in 2018; Star Wars Special Edition was, according to Despecialized Edition creator Petr Harmáček, “an act of cultural vandalism”. Yet the Crash of 1996 still has its charms, and the Star Wars of 1977 is a thrilling and groundbreaking movie.

The lesson of the Despecialized Editions is that, sometimes, nostalgia is best left to the fans.

Fan service comes in many forms: art, fiction, music remixes, questionable hand-drawn pornography. Videogames are a unique medium because they’re made of code, and a ‘remix’ can be a ROM hack that changes the original game’s stages, graphics or sound. Some fans completely reimagine their favourite games and create something like AM2R, a better remake of Metroid 2 than Nintendo’s own Samus Returns. But fan projects are created in a legal quagmire, where copyright holders and their legions of lawyers can vanish away games with a single threatening email. Square Enix would rather sell you a shitty PC port of Chrono Trigger than let a fan release one for free. Nintendo still maintain that emulation is piracy, one step away from punching a kid in the face for drawing Pikachu.

What if fans didn’t have to skirt around on the periphery of intellectual properties? What if a company actively invited fans to develop a new game in a much-beloved franchise? Unbelievably, that’s what happened with Sonic Mania. Christian Whitehead and Headcannon Games are veterans of the Sonic fan-gaming scene who reverse-engineered the Mega Drive games and implemented their own faithful engine on x86, and later iOS. Officially sanctioned by Sega, Whitehead ported Sonic the Hedgehog, Sonic 2, and fan-favourite-but-honestly-quite-flawed Sonic CD to consoles and mobile devices.

In spite of this success, it’s remarkable that Sonic Team would sanction a sequel to the classic Mega Drive games without fucking it up. Let’s be clear: every game since Sonic Adventure 2 has been a disaster, and after replaying the Adventure games recently on the 360, I sometimes wonder about those as well. We’ve had emo hedgehogs with guns, Sonic falling in love with a human, Sonic turning into a werehog, and then some boring stuff like Sonic Colo(u)rs and Sonic Generations that almost seem good just because they’re not fundamentally fucking abysmal.

Then there’s Sonic Mania. You start it up, the title screen looks like real Sonic, the music sounds like Sonic, then you’re in the Green Hill Zone again and IT IS REAL SONIC and I’m not crying, you’re crying.

Running rings around the past

We needed Star Wars: The Force Awakens. We couldn’t have gone straight into The Last Jedi after years of midichlorian-infused crap: we needed JJ Abrams to take us on a ninety-minute nostalgia trip, to let us know that everything would be OK and George couldn’t hurt us any more, before the series could move on to tell new stories2. And so it is with Sonic Mania, which opens in the good old Green Hill Zone. It’s just how you remember it, but this is Sonic and we’ve gotta go fast: within thirty seconds it’s like you’re playing the ultimate ROM hack. Green hills give way to underground caves and gimmicks imported from later Sonic games like rope swings and corkscrews. It’s a remix, but a masterful one. Everything feels in the right place; every borrowed element combines to make something greater than the past.

The fact that Sonic Mania perfectly replicates the old Mega Drive games is remarkable in itself. Sonic Team and their third-party contractors have failed to get this right for years. The Sonic Advance series was enjoyable to play, but the jumping and running had a stale-porridge-stodginess that Sonic Rush mitigated with a dedicated “go fast” button. Sonic the Hedgehog 4 and Sonic Generations’ two-dimensional moments felt immediately, embarrassingly wrong. With the floaty controls and primitive graphics, you’d be forgiven for thinking Sonic was unavailable for saving the world that day and a Sonic-shaped hot air balloon3 had been inflated for duty at the last minute.

Mania knows better. Since it plays just like the classics of old, it can tap directly into your muscle memory, quickly ramping up the challenge without having to explain itself. One new addition is the drop dash, which allows Sonic to conserve momentum from the air. It is a clever complement to the trusty spin dash, although I’m too old-school to incorporate it into my play.

Another thing Mania gets right (spoiler: that’s everything) is the soundtrack by Tee Lopes. I’ve listened to an embarrassing number of Sonic remixes in my time, which usually add hard electronic beats or shredding metal guitar. Lopes has composed a score that swings as much as it rocks. There’s an obvious New Jack Swing influence – think Dangerous-era Michael Jackson – plus some modern big band bounce that replaces farty Mega Drive trumpets with real instruments. The classic stages receive subtle remixes that brighten them enough to keep them congruent with the new tracks, without diminishing their nostalgic power.

At first I was disappointed by the sheer number of old stages that return to Sonic Mania, but the quality is never less than excellent, and the new twists are often genius. Chemical Plant’s second act adds the bouncy platforms of Wacky Workbench and the best surprise boss in history. Flying Battery sprinkles some cool stuff from Wing Fortress. Oil Ocean incorporates Sonic 3’s fire shield in a way that is both logical and hilarious.

The new zones are even better: Studiopolis is a TV-themed update to the classic casino levels; Press Garden is Eggman’s propaganda factory mixed with the Marble Zone; Mirage Saloon is straight-up fan service for the five people who have studied the arcane arts of Sonic 2 betas. For everyone else, it’s the best Sega game bar fight since Streets of Rage 2. The new zones also showcase the graphics, which are actually closer to the Sega Saturn than the Mega Drive in their detail and fluidity. It’s really quite beautiful.

This is also the first Sonic game that’s actually funny. Every stage, especially the new zones, is peppered with in-jokes. Previous Sonic games had a threadbare story due to the limits of 16-bit technology, or perhaps it was marketing pressure to enforce a character with ‘attitude’ versus Mario’s more relaxed demeanour. Humour suits Sonic so much better than being po-faced – what’s cooler than defeating Eggman while poking fun at him?

If you’re new to Sonic, Sonic Mania is a great game – fast, accessible, seamless and entertaining. But to a longtime Sonic fan that’s been burned countless times before, it’s the ultimate fan service. It’s a rebuttal to all those half-baked “Sonic was never good” thinkpieces: “Sonic was good then, and it’s even better now”.

Sonic Mania is not just a great Sonic game. It’s the best Sonic game ever made. And I really didn’t think I’d be saying that in 2018, or 2009 for that matter. Welcome back, old friend.