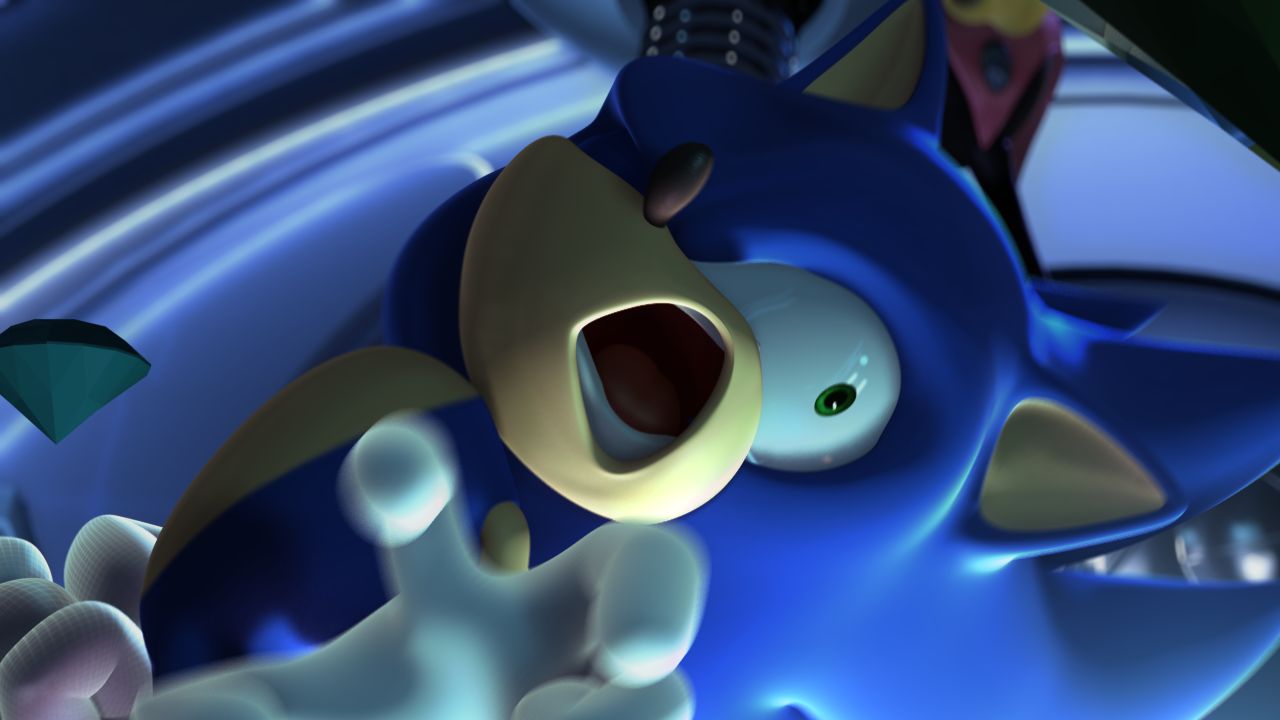 We’ve been together for a long time now, but lately I feel like you’ve changed and you’re no longer the same hedgehog I fell in love with all those years ago.

We’ve been together through good times and bad, including your awkward transition to 3D, no matter how many strange sidekicks you befriended. I even forgave you for that time you cheated on me with Mario at the Beijing Olympics. But this time I can’t take you back. It’s over, Sonic.

When we went to counselling after your disastrous 2006 outing Sonic the Hedgehog, we both agreed the only way for you to get your life back on track was a return to what made you so great in the past. Remember those days? Blasting through garish environments at high speed, smashing Robotnik’s evil creations and collecting Chaos Emeralds. With the lack of a third dimension to screw everything up, we could concentrate on the thrill of playing rather than the fear of impending death. It was magical.

Then tragedy struck. While Mario cavorted around in 3D, you struggled to adapt to the challenges of a new generation. When you finally returned in 1998’s Sonic Adventure, it was still your charming face on the box, but the game just wasn’t the same. What you never understood was that the old Sonic games were never about pure speed at the expense of control. More importantly, they weren’t about fishing, hunting for emerald shards, or running around with a gun- elements Sonic Adventure added, but nobody wanted.

So here we are again with Sonic Unleashed and you’ve decided the best way to go “back to your roots” is by transforming into a werehog for half of the game. Excuse me, but what the hell is this shit? Whenever you say you’re going back to your roots, they’re not supposed to be the roots that fans of the series have been verbally hacking at for years. The werehog sections rip off the PS2 classic God of War in so many ways that if I listed them all, I’d run out of space. The only thing not pilfered from God of War is sheer entertainment, which was plentiful in the aforementioned but non-existent in Hog of War… I mean, Unleashed.

With the power of the new Hedgehog Engine under the hood, Unleashed is a downright stunning game to look at. Of course, this doesn’t count for much when the underlying game is so fundamentally broken. Sonic’s stages work perfectly until control is handed over to the player, where upon it all falls apart quicker than a leper in a wind tunnel. Rather than controlling Sonic directly like every computer game since 1978, you roughly suggest where you’d like him to go as he runs off cliffs, crashes into barriers, or plummets to his death time and time again.

As much as Sega would like to pretend that Sonic has changed for the better, a simple removal of the third dimension is not enough. The camera’s position makes it difficult to gauge what’s coming next and the unresponsive controls ensure the obstacles are impossible to avoid anyway. Awful level design nigh-guarantees that any fun you’ll have with Unleashed is always a fleeting experience. Worse still, the game’s developers know how poorly constructed the stages are and always provide extra lives before punishing sections.

The saddest thing of all is that there could be a genuinely entertaining game here, albeit buried under hundreds of awful design choices. Why does Sonic have yet another irritating sidekick? Why do you have to report to Professor Pickle so he can tell you what to do next? Why do you have to “level up” Sonic in between stages to make him faster? Why does there even have to be a story, never mind one about Eggman cracking the planet into chunks with a giant laser? Why does Sonic actually do less damage to enemies after transformed into a giant hulking werehog with pneumatic fists? Why does no one question a bright blue hedgehog running around having conversations with humans? Sonic Unleashed is the ultimate evidence that Sonic Team have no idea what to do with the franchise and probably never will.

So don’t bother telling me you can change, Sonic. I’ve heard it all before and I see no reason to believe that next time will be different. Don’t call me, I won’t answer. Don’t write me letters, I won’t read them. While I’ll never forget the way you were and how much you meant to me, I can’t forgive what you have become, werehog or otherwise. I’d really appreciate if you could box up all of my things and leave them round at Mario’s house when you have the time. But I’m keeping your CDs.