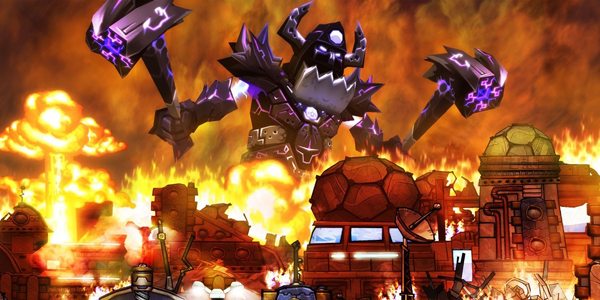 The Baconing is a terrible name for a game. It could be Stephen King’s The Baconing or Jamie Oliver’s The Baconing; the name tells you nothing about the game you’re about to play. Only a trip to Google will tell you that it’s the third game in the DeathSpank series. DeathSpank is a better name for a game: we presume it will be filled with death and presumably a sense of humour, or it could be a troubling sadomasochism simulation. Luckily, it turns out to be the former.