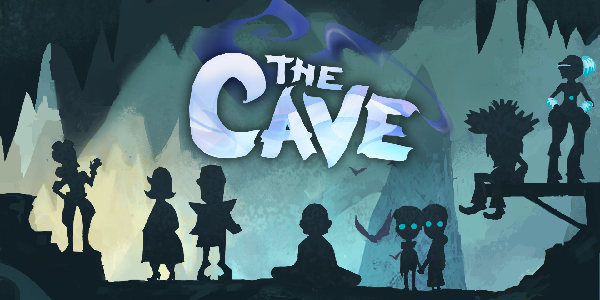 Lost in the Dark

The most disappointing moment of the year occurs several times in The Cave, the adventure game from Ron Gilbert working alongside Tim Schafer’s Double Fine. Considering the calibre of creative minds it’s difficult to comprehend how The Cave is so poorly structured.

You pick three explorers from a choice of seven (first problem- we’ll get to this later) to usher through a magical cave that grants their deepest wishes in the evil genie way and not the blue, pop-culture spouting friendly genie way. The cave has a voice which makes a lot of bad jokes which I think were purposefully meant to be bad so on that front that’s a success I suppose.

Each explorer has a unique level to solve with generic levels interlarded throughout to form the award-winningly dreadful structure: Playing all seven unique levels (blue boxes) therefore requires three separate playthroughs due to only shepherding three of the seven characters in a single playthrough. All those generic white boxes are hence visited three times with the final jaunt repeating two of the unique levels to boot.

The Cave is an adventure game of the puzzle solving variety. Static puzzles, in general, do not improve the second or third time they are solved. Unique levels do not become more unique upon their second viewing.

With the exception of the Time Traveller’s Museum which used a novel time-shifting mechanic to really interesting and fun effect, every other puzzle is grindingly mediocre. Repeated they become offensively so.

The three character concept was meant to bring balance to the adventure game, not destroy it. Independent characters elegantly bypass the typical traipsing back and forth across locations and load screens in order to flip a switch way over there to open the door way back over here.

But then as a final jab in the eyes, The Cave has a good and bad ending hidden in the final Gift Shop Reprise which involves disobeying an implied order three times or not. I only realised this because an achievement flashed up proclaiming I had “failed”.

Achieving the good ending for me then would involve playing the entire game, with multiple repeating levels for three times, for a second time. I just don’t have the time to waste on a game so hell-bent on wasting mine.