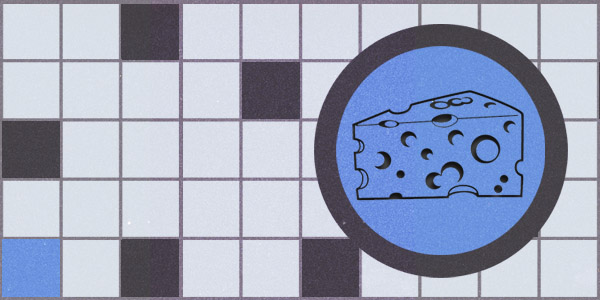 For the purposes of this article and in the interest of remaining objective I will be reviewing the various review rating systems with reference to the SI metric Cheese scale.

People with two thumbs: YouTube, Facebook (assume that not clicking ‘like’ is equivalent to a thumbs down i.e. most of your status updates are boring so please stop), Roger Ebert & Gene Siskel, and Dr Bob Kelso.

Metric Cheese Rating: Parmesan. Its extremely pungent flavour and finite range means that all the waiter can offer is the most basic recommendation. Accept or decline.

Metric Cheese Rating: Cheddar. Whether it’s mild, strong or plain medium cheddar offers a bit more versatility but ultimately it’s far too common to be used in any erudite discussion even if it is the basis of all dependable ham and cheese baps.

People with a zodiac of 5 who passed their tests: Empire, GiantBomb, Joystiq, The Onion AV Club, YouTube, any major newspaper.

Metric Cheese Rating: 2 bags of Babybels. Each bag is ordered from a different supermarkets by different men on different days thus preventing any meaningful comparisons between them.

Metric Cheese Rating: Gouda. Shaped into wheels and spun the world over, Gouda can be cut in half as many times as your heart desires. What happens when you take all this ratings stuff too seriously? You might need to work through your issues by eating too much cheese and not being able to sleep for a while.

But if you persevere, if you work hard and give yourself a mental lobotomy you will arrive at the 10,000-point review scale.

I struggled to illustrate ten thousand points. There’s about two thousand points in the spiral above. The best I could do is in the solid blue strip along the bottom. There are a little over ten-thousand pixels there.

Look at that blue bar. Look closely. Closer. Keep squinting until your blood-shot eyes see through the pixels and see the fragility of existence. Presumably that is what it’s like to work at GameRankings.

People who have glimpsed the fabric of reality and the fragility of existence: GameRankings.

Metric Cheese Rating: Cheeson. Going outside of the metric SI system, theoretical scientists believe that we are all in fact made of little, tiny vibrating strings of cheese in a 10 or 11 dimensional universe. Skipping over the necessary Group Theory and Relativistic Cheddaring underpinning their formulations, these proto-cheesemakers hope the New Cheese will shed light on why we need to quantify an opinion on what is -more times than not- a subjective experience by appealing to arbitrary scales.

Those coming from a more spiritual point of view agree with this theory but choose to believe that Cheesus made it so.

I thought to myself “What if you actually could rate games in terms of cheese?”. Then this happened:

Halo Reach: Baked Camembert. It’s a meal by itself, cooked to perfection and a rich depth from its smoky gestation.

Call of Duty: American sliced cheese. Satisfying, yet completely artificial and tasteless. Should come with a health warning.

Final Fantasy XIII: Babybel. You’ve eaten Babybels before and you know they’re tasty, but when you peel the shiny wax off this time it’s just filled with stale air and unfulfilled promises.

Gears of War: Red Leicester. Only men buy it, and it’s inexplicably full of red.

Sonic the Hedgehog 4: Stinking Bishop. You think it might be a classic, but really it’s just another smelly, rotting mess like the last time you tried stinking bishop.

Assassin’s Creed II: Emmental. It’s quite similar to regular cheese, but with a continental cleverness.

Trials HD: Stilton. You’ve heard it’s good, but it’s very strong and harsh and I don’t think I like it that much.

Portal: Wensleydale. Deservedly popular, but ultimately it only got there through pop cultural references.

Super Mario Bros: Mozzarella. Italian, a classic, always popular even with those not usually enthralled by cheese.

World of Warcraft: Fondue. Pretend all you like that it’s sophisticated or a good pro-social activity, but you’re just endlessly stuffing your face with something that’s really not good for you.

Fallout 3: Gruyere. A cheese that thinks it’s an intelligent work of art, but it’s just cheese.

Bayonetta: Parmesan. Over-the-top intensity, but once you get used to the taste everything else seems bland by comparison.

The Sims: Philadelphia. It’s cheese, but people who don’t like cheese will eat it.