Do you remember the montage in the 2003 film School of Rock where Jack Black is teaching the kids about the history of Rock n Roll and the dangers of foreign national powers using social media to influence political elections and referendums?

It’s been a while since I’ve watched the film so it might only show the history bit and may have left the politics for the DVD special features. 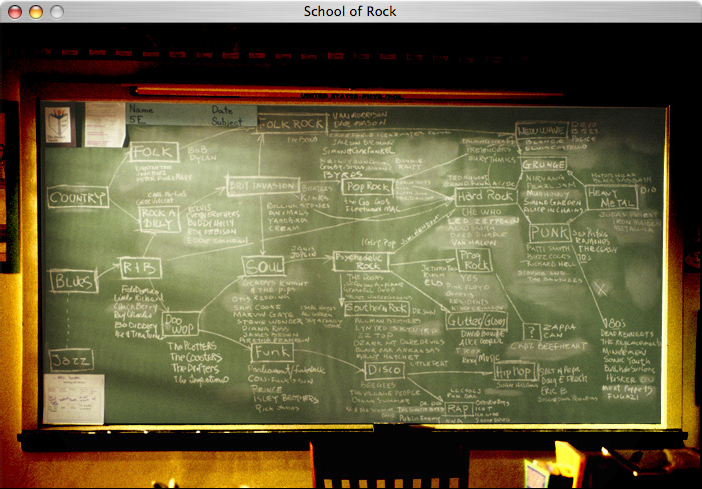 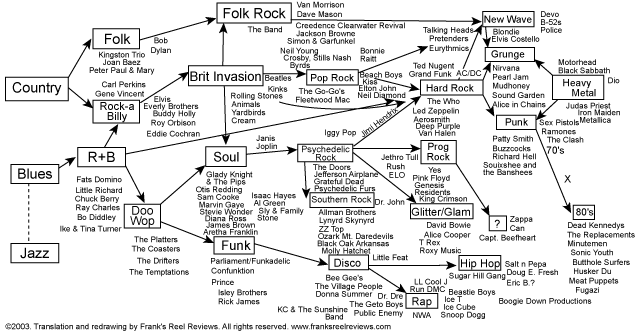 Well back in 2010 it appears I had a punt at creating a genre map for videogames. 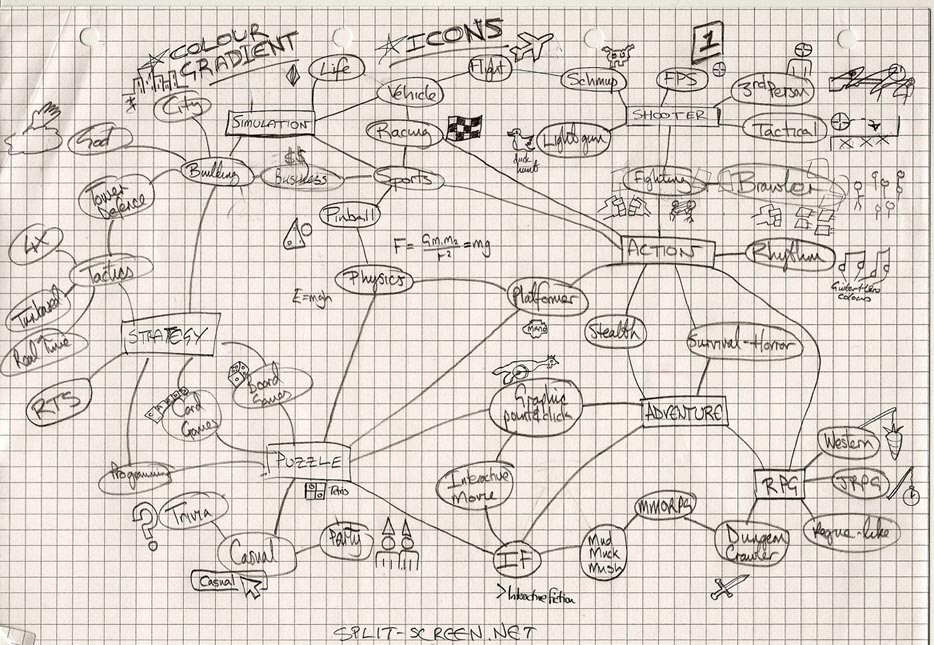 I abandoned making a full version I think because I was finding that recreating it in Photoshop was too clunky. This was back before I become comfortable using InDesign/Illustrator. Here is the clunker: 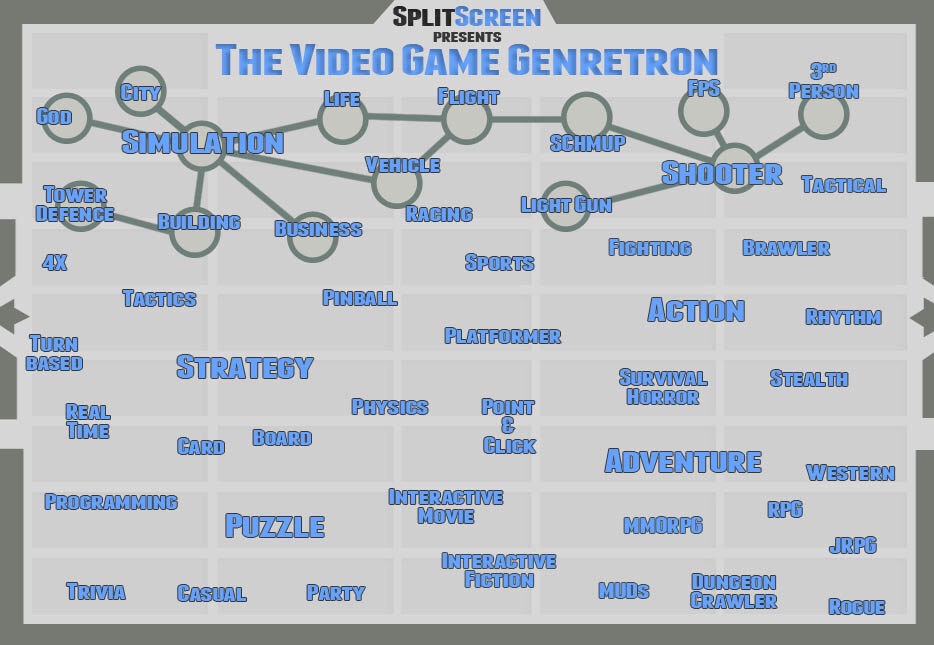 Looking back at the paper sketch I remember coming to the realisation that Arcade is not a genre. I now think of Arcade as being one extreme on a scale of Simulation which ranges from Realistic to Arcade (i.e. not realistic). Possibly a revelation for myself alone but I still remember it today.

What do you think about genre? Let us know on the comments below!

What’s that? We don’t have comments? Ah.

This concludes a small consideration of an abandoned idea.