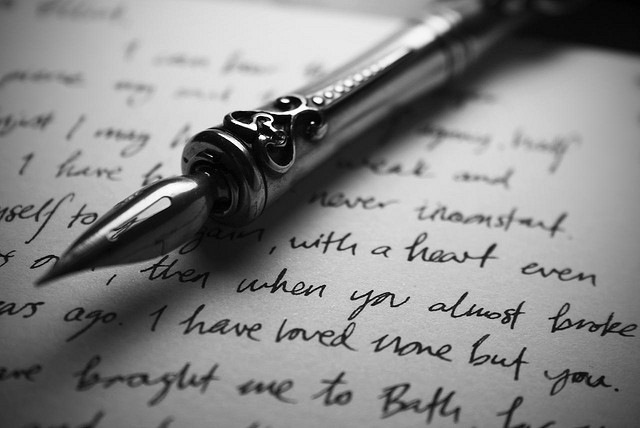 Thanks for writing your open letter to Oskar, ‘Virtuous Discourse’. It arrived in my news feed at an interesting time, as I’ve been thinking about the same things.

Last weekend I was in Edinburgh to catch up with old university friends. We had arranged a Christmas lunch for the Sunday afternoon. On Saturday evening, staying with a friend who was also attending the dinner, I lamented the shallowness of social media. I don’t mean Upworthy posts and Bitstrips; I mean the depth of communication itself. Our publicly-published lives constantly stream in front of us, on services that distort the meaning of ‘friends’ and ‘followers’. Facebook provided the infrastructure for us to organise a lunch, but it also made us feel closer as a group than we truly were. As I live in Oxford now, I don’t get to see those friends very often unless they’re in the area (or London). I didn’t know what was going on in most of my friends’ lives. The problem is that the ones still living in Edinburgh didn’t know, either.

Luckily, we solved this problem with a few drinks and a brief “what have you been up to?” roundtable discussion at lunch. Of course, it’s not through lack of caring that we lost contact: it’s a lack of active engagement. A decade ago, my friends and I would have exchanged phone numbers and letters when we finished university. I wouldn’t have necessarily written to everyone, or perhaps people would have moved on and never received the correspondence, but there would still be an active attempt at keeping in touch. Facebook is a passive model of engagement, a sort of ‘RSS for friendships’ where we comment, but don’t discuss. A recent report showed that 71% of Facebook users write status updates, but don’t actually submit them (that article is much creepier than the link suggests, by the way). So when you have a model of social content producers and consumers – think about people who have thousands of followers on Twitter compared to tens, who aren’t so different from newspaper columnists – is it any wonder that blogging feels like a one-way social transaction sometimes?

In 2012, I wrote a letter every day for a month. Friends and family, even relative strangers; I wrote to anyone who wanted a letter, and it was one of the best experiences of my life. Not everyone wrote back (nor did they have to!) but it was good for me to write, thoughtfully, about whatever crossed my mind. I like the idea of your ‘Republic of Bloggers’, and I think they really do have to be letters addressed to individuals. As I’ve found from running Blogs of the Round Table at Critical Distance, it’s not enough to merely provide a writing stimulus. Unfortunately, I don’t have any ideas on how to improve the discourse. This blog is just my way of conveying that I want to be a part of it; that you did not blog in vain; that “no other replies” is not the way things ought to be.

As I write, I’ve got a letter on my desk from a friend who has just moved to Spain. We’ve been friends since university, but I think this is the only truly meaningful correspondence we’ve ever had. Paradoxically, in a world where it’s never been easier to share your opinions and communicate with others, I feel that we need letters more than ever.