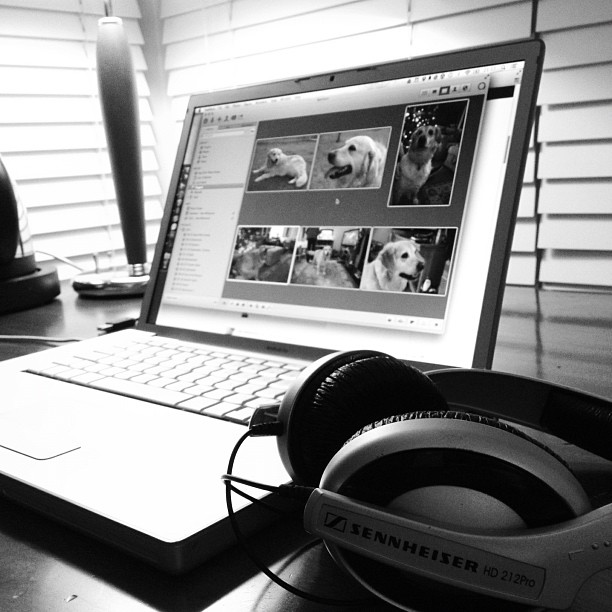 Some people treat gadgets as interchangeable lumps of technology, where a smartphone or a laptop is a means to an end, like a utility knife or a bicycle. But I treat electronics as something special: not just the tools for enabling the creative process, but a part of that creativity. I think about the way they feel in my hand, they way they were designed, how they work, and how that changes my relationship with them. They don’t just create memories – they are memories themselves.

These stories are personal, self-indulgent, barely edited, and I make no apologies. Well, maybe some apologies, but you’ll have to read on to find them. 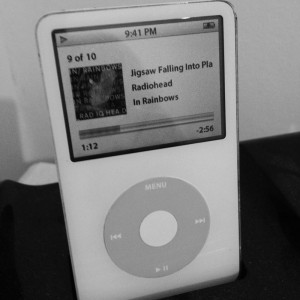 In my last year of high school, my friend Tom was the first person I knew to own an iPod. Your teenage years are a time of musical awakening, and his tastes differed wildly from mine. I was into Maiden and Millencolin, he favoured Doherty and Dylan. We’d sit in Politics class listening to Steely Dan, Buffalo Springfield, and Jefferson Airplane. While everyone else talked about football, we’d discuss literature: A Clockwork Orange, One No Many Yeses, anything that felt vaguely countercultural or iconoclastic.

Coming from a portable CD player that stretched my blazer’s pockets, the iPod was a revelation. Although it wasn’t technically more advanced than rival products, it was on an aesthetic and functional level all of its own. It was easy to sync with iTunes, unlike my brother’s clunky Toshiba Gigabeat. You didn’t have to arse about with Winamp playlists or burning a mix CD that pushed the limits of the Red Book format. Your whole (illegally downloaded) music library just a swipe of the thumb away.

That it was my friend’s iPod made it even more exciting. This small box contained a world of unknown music ready to be discovered. In the summer we went on road trips across Northern Ireland, watching the fog roll across the Mourne Mountains while Jim Morrison’s crooning filled Tom’s Seat Ibiza. In those days you had to beam the music from iPod to car stereo via an illegal FM transmitter, and the flaky connection made those musical moments all the more magical. It was your own personal pirate radio station.

Then the last summer ended and we went off to university. On my first day in the city, we had lunch in Kilimanjaro Coffee – still my favourite coffee shop in the world – and across the street there was an Apple retailer. Not long after, I bought myself an iPod, and it was amazing. In my first year I commuted between Kings Buildings and George Square, walking along to L.A. Woman or the Mars Volta’s Deloused in the Comatorium. I loved my iPod, but I kept it a secret from my family, because its retail price matched the living allowance my dad gave me every month and I was a little ashamed. That Christmas, dad asked if I wanted any particular gift. “I’m alright thanks, I’ve got everything I want, I think”, I said.

You can see where this is going, right? I received a 30GB video iPod with an engraving on the back. I sold the old iPod, christened the new one ‘Mojo’ in reference to L.A. Woman, and fell in love all over again. A decade later, when my watch is a small iPod, Mojo marks the point in my life when I fell hopelessly in love with music. From time to time I like to sit with my old iPod and a block of paper, disconnecting myself so I can be alone with my old thoughts while making new ones. Now we’re in an era of streaming music that old Mojo can never understand, but as long as I’ve got Razorblade Romance stored somewhere on my Mac and the cables to sync it, there will always be a place for an iPod in my life. 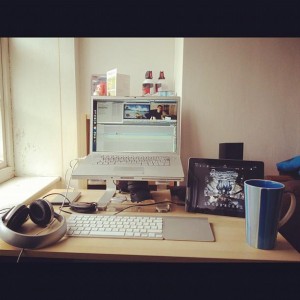 This might surprise some of you, but I used to hate Macs. My first experience of the Mac was in primary school when one lurked in the corridor. It was weird, different, just wrong. Every time I tried to use it, it would protest, barking Sosumi at me. For my twelve year old self, that settled it: Macs were shit.

But in those days, all computers were shit. I remember when my dad and I stayed up all night trying to reinstall Windows 95 onto a blank hard drive. I remember the terrible scanner we had that daisy-chained onto a printer parallel port and never, ever worked. I remember when our new computer arrived with Windows ME installed. I remember IRQ conflicts, corrupt registries, corrupt Zip disks, Internet Explorer 4, and the endless, endless fucking drivers. And I hope that at least one of these things makes you recoil in horror, because that pain wasn’t worth it unless it’s a pain we all shared. Modern computers are incredible, bulletproof devices. We’ve never had it so good.

But anyway, Macs were shit. Then I went to university with a cheap Acer laptop – the only one I found within budget that had the graphical horsepower to run Half-Life 2, a game that now runs on mobile phones – and within a year the thing was falling apart. It had a fatal design flaw where the display hinge gradually stiffened over time until the hinges snapped off the display, exposing ugly bare wire. I used it for three years. All the while, little Mojo the iPod was sitting next to the knackered Acer, beautiful stainless steel with flashes of white.

I started lusting after the Powerbook G4, but there was more chance of me picking up a Bible than a laptop that couldn’t play games. The university library had a few token iMacs – for ‘design work’, of course – and I loved using it, even for things as basic as writing documents and surfing the web. I learned to use Command to take control, and it no longer barked Sosumi at me. It was a fun distraction until Apple transitioned to Intel processors and released Boot Camp with OS X Leopard. Then it became an obsession. Of course, students don’t have any money, and Macs require a lot of it. So I worked all summer in a Belfast call centre to save up for my first MacBook Pro.

It turned up at my grandparents’ house in a huge black case, like something from a spy novel. From the iPod to the Apple Watch, the Apple unboxing experience is second to none: they put more thought into the packaging than some companies put into their products. Great design matters, but great packaging design matters too. It’s part of the ritual, part of the feeling that you have purchased something special, and that feeling makes you treat the device as special in turn.

My grandparents and I crowded around the aluminium monolith. I snapped in the magnetic power connector, turned it on, heard the soothing chimes, then the delightful video. It was worth every penny I had spent and I hadn’t done anything with it yet. My grandparents didn’t have an internet connection so I spent the rest of the summer learning how to use the Mac with David Pogue’s Missing Manual – that book got me where I am today, and I was later able to personally thank Pogue for writing it – and occasionally dipping into my Windows Vista install on Boot Camp to play Unreal Tournament 2004 or just reminisce about the bad old days of Windows.

‘Katana’ – named because it was metal and shiny, but also after the Dreamcast – changed my life. First in small ways, like messing around in iPhoto or having enough horsepower to work on page layouts at the Student. Then it began to fundamentally change the way I approach computing and even my thought processes (not to be confused with a reality distortion field). The differences between Windows and OS X are somewhat exaggerated, but the Mac just matches the way I think better. I appreciate the purposeful nature of design, Apple’s attention to detail and their willingness to change things. Even if they don’t always get it right first time, they’re usually close enough. In contrast, Microsoft’s design process is a largely additive one: for example there’s the Windows 10 start menu, which slaps the tiles from Windows 8 onto the start menu from Windows 7 in an unholy union that most people know how to use, but no one really loves. 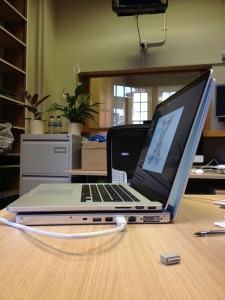 When you’re writing, designing, or cutting a video, using that computer you love is creatively stimulating. You can focus on the possibilities of what you can create, rather than the technical hurdles you must overcome to achieve it. With my Mac, my creative barriers dissolved. When I graduated in 2009, I applied for thirty jobs in thirty days, and the only place that got back to me was the Apple store where I’d purchased Mojo’s predecessor four years ago. I then used Katana to build Split Screen and record our first podcasts. I was trained in Final Cut Pro through my day job, taught evening classes in it, used the knowledge to apply for a job in Oxford and uproot my whole life.

After four years, Katana’s graphics processor died while designing the first issue of Five out of Ten. I removed the hard drive, precariously hooked it up to my work MacBook Air, and travelled to Portsmouth to finish the design with Craig. Following a protracted conversation with Apple tech support, they fixed it for free, and I replaced it with ‘Katana 2’ – the 2012 MacBook Pro with Retina Display. I needed a good retirement home for Katana, so I sold it to my brother. It’s now living the good life as a recording studio and recently produced the theme tune to Cast Iron. I love my new Mac, but I’ll never forget the first one and how it changed my life.

Fucking Macs though, eh? They’ve got the same specs as PCs half the price! What a rip-off. They can’t even play games.